Italian cuisine is renowned the world over for its fresh ingredients and vibrant flavors. While classic Italian dishes like pizza, pasta, and lasagne are often thought of as traditional Italian food, there is so much more to the cuisine of Europe’s third most visited country. Italy became a single nation-state in the Risorgimento in 1861 when the peninsula’s states unified under the Kingdom of Italy. Before this unification, states were governed separately and had their customs, culture, and culinary traditions. Italy’s history and the country’s varied geography contribute to the diverse Italian cuisine available today. Whether you’re planning to visit northern, central, or southern Italy, you’ll encounter authentic Italian food unique to the region you’re visiting. Here’s what to expect from Italian cuisine in each area of this spectacular country. 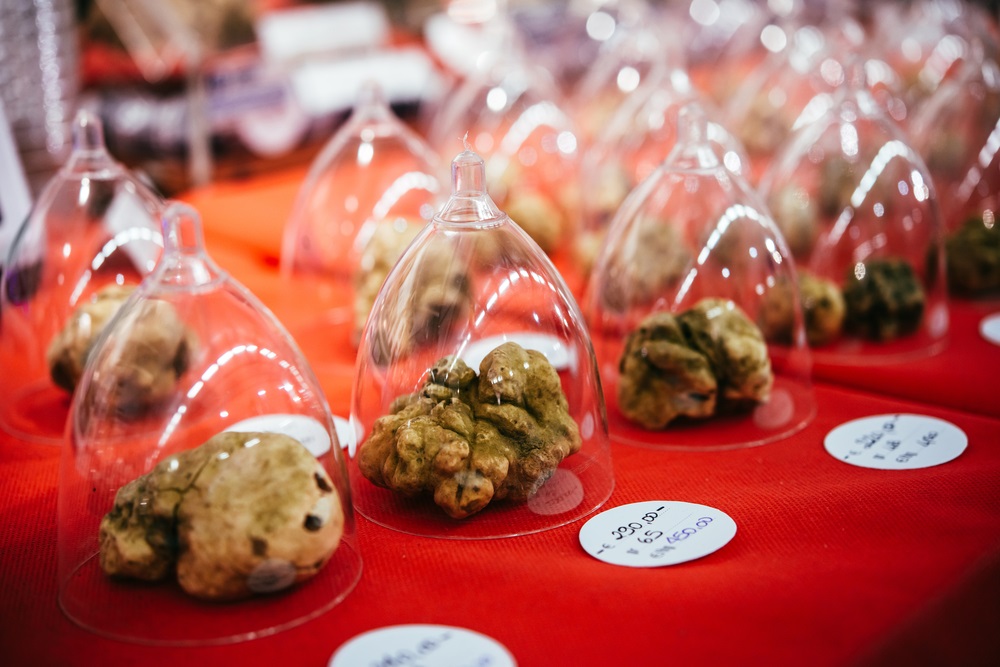 Northwestern Italy encompasses Aosta Valley, Piedmont, Liguria, and Lombardy. This zone of Italy shares borders with Switzerland, France, and the Mediterranean Sea. Plus, other Italian regions surrounding Lombardy, such as Emilia-Romagna, the Veneto, and Trentino-Alto Adige. Northwestern Italian food differs from Mediterranean dishes driven by fresh flavors of basil and tomato, which often come to mind with traditional Italian recipes. The Alps claim the northern portion of this region. Thus, the markedly cooler Alpine or pre-alpine zones call for a heartier cuisine featuring more meat, polenta, and butter in favor of olive oil.

Classic Piedmontese dishes like vitello tonnato and carne cruda all’albese, along with the Lombardian veal Milanese and ossobuco alla Milanese are not to be missed. The Alpine foothills also offer prime land for grazing, resulting in an array of flavorful Alpine cheeses. Additionally, the Po River and its fertile valley are ideal for cultivating rice and other abundant produce and legumes. Consequently, rice is a staple ingredient in authentic Italian recipes in this area. Risotto al Barolo or risotto alla Milanese are two flavorful preparations representative of northwestern Italian cuisine. Pasta in this area is often stuffed, as with agnolotti in Piedmont and tortelli di zucca in Lombardy. However, rice or polenta is usually the carbohydrate of choice.

In Piedmont, Italian dishes provide a juxtaposition of the traditions of cucina povera alongside a range of authentic Italian recipes which originated in the Court of Savoy.

read more: Piedmontese Cuisine from the Land of Barolo and Barbaresco

In contrast to Piedmont, classic Italian dishes in Lombardy were shaped by cucina povera traditions and the region’s diverse terrain.

read more: Lombardian Cuisine: What to Eat in Lombardy from the Best Food in Milan and Beyond 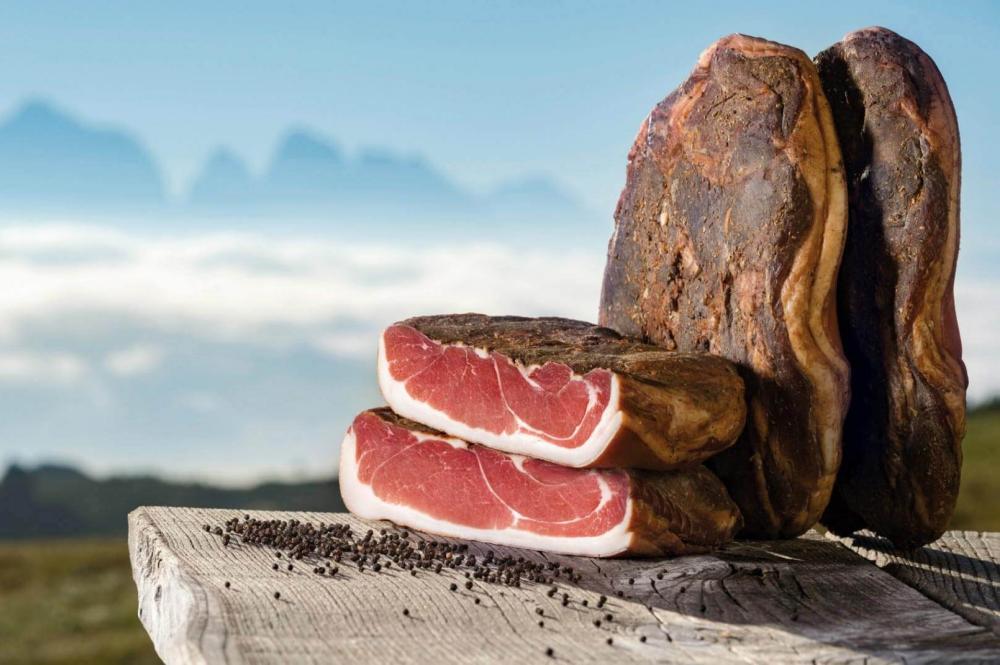 Northeastern Italian cuisine includes some of the most classic Italian dishes and recipes highly influenced by neighboring countries. The regions of Emilia-Romagna, Friuli-Venezia Giulia, Trentino-Alto Adige, and the Veneto make up this portion of the country.

Friuli also boasts Austro-Hungarian influences, as it shares a border with Austria and Slovenia. Here, authentic Italian dishes are hearty and filling, though its vicinity to Venice also means Mediterranean-inspired recipes. Polenta is a regional favorite, and many authentic Italian recipes in Friuli originated in the traditions of cucina povera, such as frico, a filling potato, and cheese pancake.

The vast Veneto stretches from the Dolomite Mountains to the Adriatic Sea, offering an array of authentic Italian food. In comparison, the fertile soils of the Po River Valley provide an abundance of vegetables. Plus, the Venetians love rice and polenta. Historically, the Port of Venice on the Venetian Lagoon and the Adriatic Sea was a center of trade for Europe, Asia, and the Middle East. So, local seafood and exotic ingredients both make their way into traditional Italian recipes here.

read more: Venetian Cuisine from the Adriatic to the Dolomite Mountains

Finally, Emilia-Romagna sprawls along the Pianura Padana Valley to the Adriatic Sea. Known as Italy’s food valley, this region is home to classic Italian dishes and ingredients, such as tagliatelle alla Bolognese, lasagne, Parmigiano Reggiano, Prosciutto di Parma, and Aceto Balsmico Tradizionale di Modena. The Italian cuisine in Emilia is heavily influenced by pork, whereas Italian dishes in Romagna more so embrace ingredients from the Adriatic Sea. 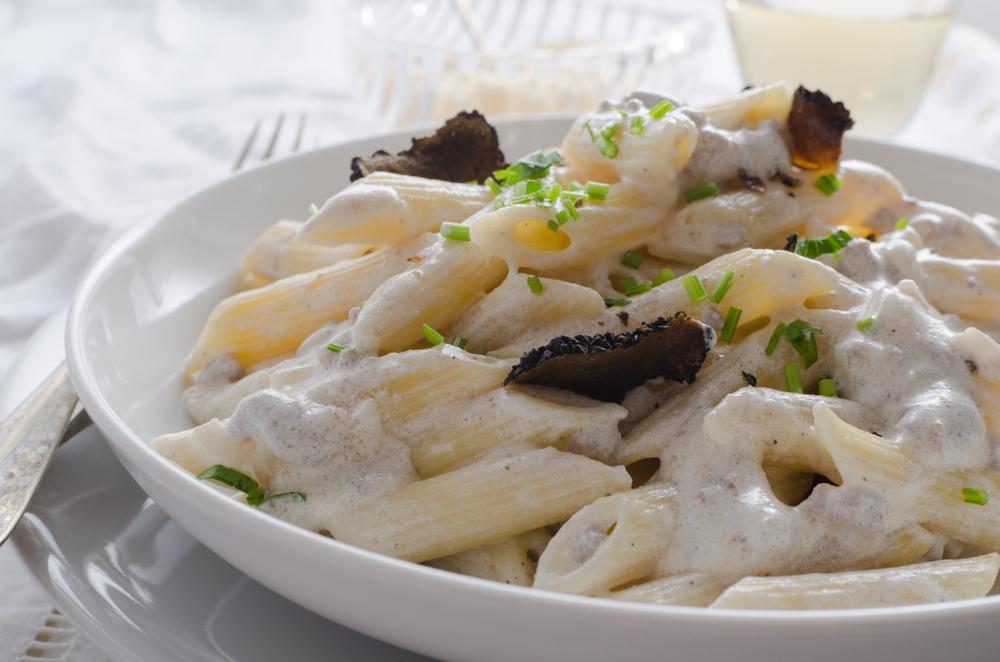 Historically, Tuscany was a poor, rural region, so many classic Italian dishes here originated in the no-waste philosophy of cucina povera. For example, pappa al pomodoro and panzanella were both created to extend the life of bread. However, the Medici and Florentine nobility also influenced regional Italian cuisine, evident in recipes like papero all’arancia and cibreo.

In Umbria, the green heart of Italy, you’ll find classic Italian dishes like porchetta alongside more unique regional specialties. Pork, olive oil, seasonal produce, and cheeses are staples in the Umbrian kitchen. One must-try Umbrian dish is pasta alla norcina, an authentic Italian recipe made with a cream sauce and pork sausage hailing from Umbria’s city of pork.

read more: What to Eat in Lazio – the Best of Roman Cuisine 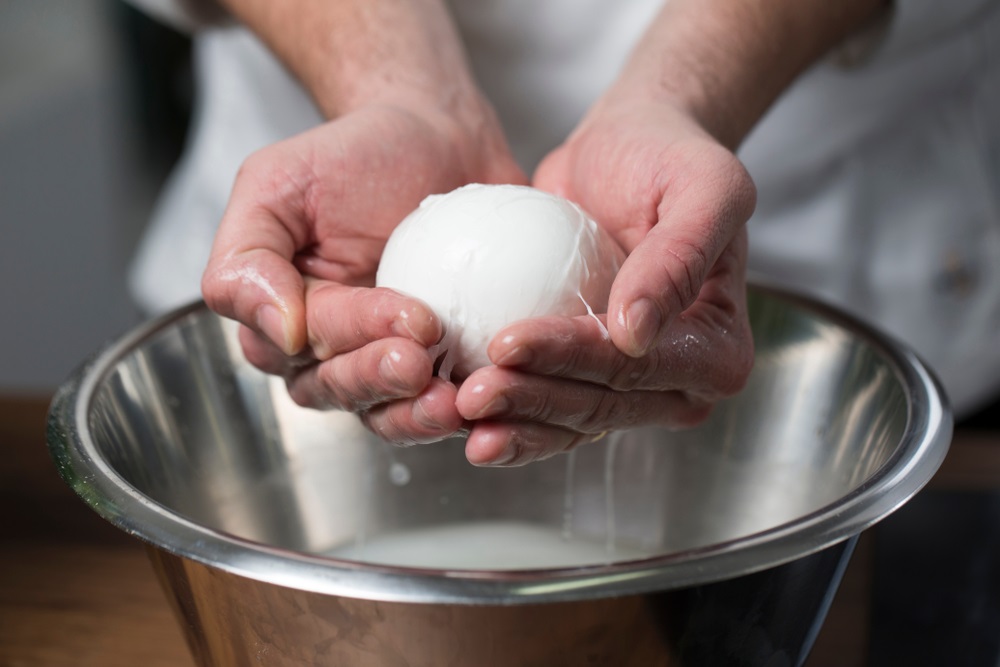 Italian recipes in Campania use both fresh seafood from the Amalfi Coast and meat and produce cultivated inland. Authentic Italian pizza originated in the city of Naples, which is still famous for Neapolitan pizza today. Mozzarella di Bufala and classic Italian dishes like caprese salad, spaghetti with clams, and fritto misto di mare are widely savored in Campania.

read more: The Best Food in Campania: Neapolitan Pizza and Beyond

Located on the heel of Italy’s boot, Puglia has the longest coastline of any Italian region. Italian dishes here are based widely on the abundance of seafood available and staples like bread, pasta, and seasonal produce. Puglia is a top producer of extra virgin olive oil and is home to burrata and Stracciatella, two Italian cheeses famous worldwide. Orecchiette is Puglia’s most renowned pasta that’s often enjoyed with turnip tops, broccoli rabe, or small meatballs and tomato sauce.

read more: The Best Food in Puglia for an Authentic Taste of the Region

Italian Food in Sardinia and Sicily 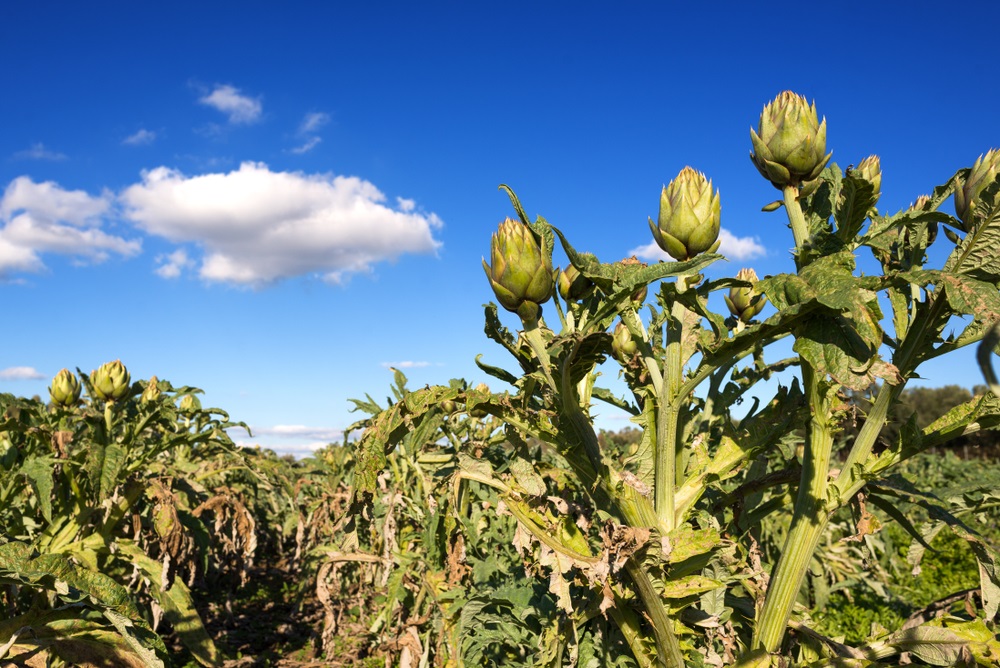 Though often classified as part of southern Italy, the islands of Sardinia and Sicily each have rich culinary traditions uniquely their own. Moreover, both are positioned in the Mediterranean Sea as a gateway to Western Europe. Consequently, they were ruled by many civilizations throughout history, hoping to take advantage of their strategic location. As such, the Italian cuisine of Sardinia and Sicily exemplifies a melting pot of culinary traditions.

In Sardinia, bread, pasta, seasonal produce, cheese, meat, and seafood are staples in the local diet. Though seafood is savored along the coast, Sardinian cuisine widely features meat and animal products due to the pastoral traditions of the island. Lamb, sheep, and pork are often enjoyed, and su porceddu, the island’s specialty roast suckling pig, is a must-try when visiting Sardinia. Additionally, Sardinia delivers authentic Italian pasta unique to the island, such as culurgiones and fregola Sarda.

Sicilian cuisine utilizes grains, seasonal produce, fresh seafood, and meat, too. The island is famous for its irresistible street foods like arancini, cipollina, stigghiola, and authentic Italian recipes like pasta alla Norma and pasta con le sarde. You can enjoy a plethora of seafood specialties on this sun-soaked Mediterranean island alongside a glass of vibrant wine from Mount Etna. Plus, Sicilian sweets, such as cannoli, cassata Siciliana, and granita, are among the most popular desserts in Italian cuisine.