Port wine traditionally comes from the Douro Valley in beautiful Northern Portugal. The wineries are called Quintas” and they line the terraced hills rising up from the Douro river, east of Oporto nearly reaching the border of Spain. The name “Port Wine” is protected by the Appellation system (Denomination of Origin), just as “Champagne” can only be placed on a bottle if it comes from the Champagne region of France. There are wine regions in the world producing Port-style wines (South Africa, California and Australia in particular), but they cannot use the name.

This world-famous fortified wine first became popular when the English were at war with France during the Peninsular campaigns, and they stopped drinking French wines. This period in history gave the Portuguese a chance to launch their wines into the important British market. In the 18th century, however, the prices dropped due to market forces and the British accused the Portuguese of “doctoring” their wines. In order to protect their interests, the port farmers created an appellation system called Companhia Geral dos Vinhos do Alto Douro. This group was established by the Royal Charter in 1756. It began as a method of ensuring quality to balance production and trade as well as equalizing prices. 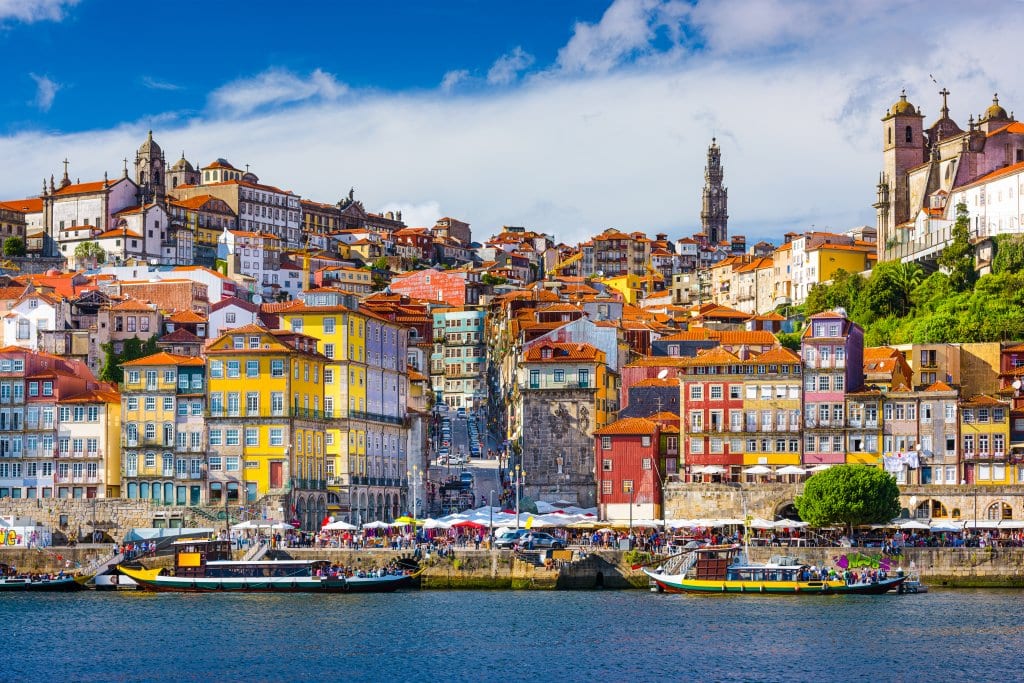 In 1850 Phylloxera and oidium destroyed most of the vineyards in the previously demarcated regions. In 1865, a new trading administration began to open up the demarcation regions and to expand to the Upper Douro. Before the end of the century, new methods of viticulture and vinification were implemented- planting techniques, and regional selections for grafting, fertilizers and pest control use, as well as much more controlled wine-making procedures. With steep terraced hills, this region proved to be a rewarding challenge for British and Irish entrepreneurs in regards to wine production. In order to survive the long ocean travel, Brandy was added to the wines to give them a longer shelflife and resist the temperature changes. Brandy is added to all port wines (20% of total volume) elongating shelf life and the fermentation process within the bottle. From this technique grew the new category of fortified wines, and Port is among the most famous.

There are dozens of grape varieties that are permitted in Port wines (up to 80). The most common varieties being Touriga Nacional, Tinta Barroca, Tinta Roriz and Touriga Francesa. Port requires long oak aging and vintages are blended using the  Solera method to keep a consistent taste. It is fortified and aged in the bottles. Port needs to be decanted and served in narrow wine glasses to keep the alcohol from overwhelming the flavors. It goes well with cheddar cheese and also with chocolate. It usually emits a black currant aroma with a peppery smokey aroma in its bouquet. Port has the capacity to age sublimely, Vintage Ports only peaking after 50 years of aging.

There are five basic types of port wine. Whites tend to be simple multi-vintage blends that range from sweet to dry. The ruby and orangey ports are also multi-vintage blends that are sweet and can be aged. Dated ports are the quality orange wines that are marketed by their age. Harvest ports are not blended and are aged for at least 7 years. The final type is the vintage ports. These are made from a single harvest and are of very high quality. 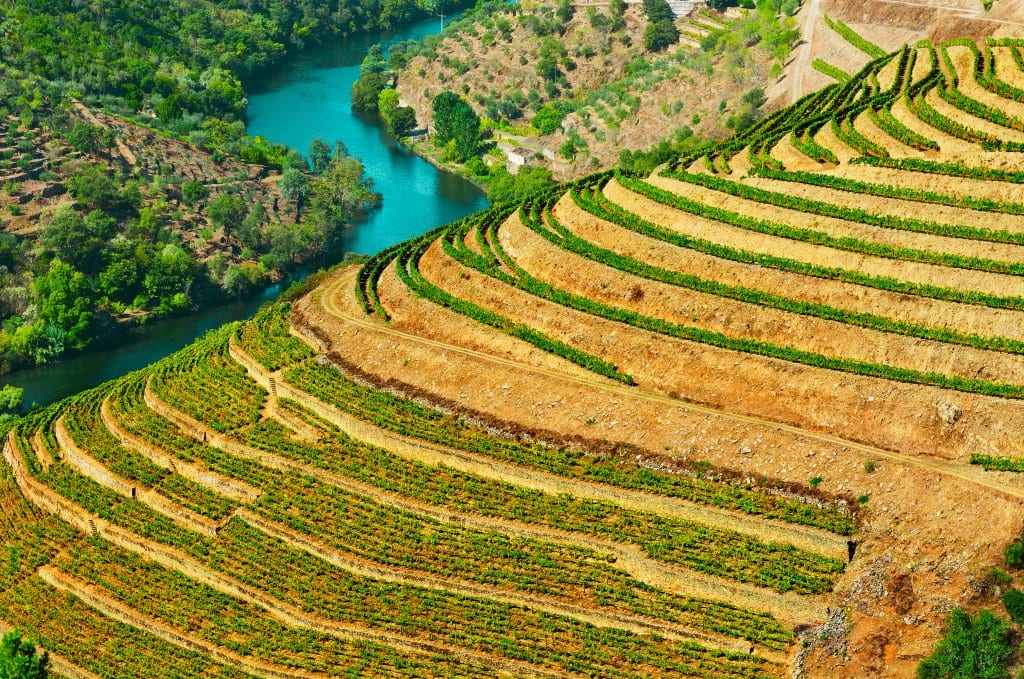 It is the most basic and least expensive style of Port. It is a blend from the produce of several harvests that spends two to three years in stainless steel or wood before it is bottled. You usually will not see the term Ruby on the label, as most shippers prefer to use a house brand.

Is aged a few years longer than ruby – at least six years – in the cask before it is bottled. Though some tawny is simply a mixture of ruby and white ports, the best tawny Ports have acquired their pale color – an amber-brown or tawny hew – from longer wood aging. The flavor becomes drier and nuttier from the oxidation.

Are the best tawny Ports. They give the average age of the wines that have gone into making the blends. They are available in 10, 20, 30 and 40 – year versions with a corresponding increase in price. A 20-year tawny may give you the most enjoyable experience for the price. Aged tawnies are made from high-quality wines and are the byproduct of a master blender.

A vintage not deemed good enough to make a Vintage Port will go into the making of a LBV. It is left in wood for four to six years, then fined and filtered before bottling. It is ready to drink earlier than Vintage Port and they do throw little sediment in the bottle.

It is the finest and most expensive of the Port styles. At most, it accounts for about 2% of all production and is one of the most sought after wines in the world. Vintage Port comes from a single harvest of exceptional quality, as stated on the bottle, and is bottled after two to three years of cask aging. The wine then spends many years maturing in the bottle. It may take 15 to 50 years for a good Vintage Port to be ready for drinking.

The Douro wine region is located in Northeast Portugal, in the Douro River basin. It is completely surrounded by mountains giving the area a perfect and characteristic soil and climate. The region stretches over 250 000 hectares of land. It is divided into three very diverse sub-regions according to terroir- the Alto Douro, the Douro Superior, and the Cachao de Valeira canyon. After 1936 the Cachao de Valiera canyon split into two regions, The Baico Corgo and the Upper Corgo. Each year licenses are awarded by the officials according to the location, soil content, variety, and age of the vines used for each vineyard. They are classified then from A to F, with A being the highest priced. This is called the Beneficio system. This system helps keep the quality and style of Port true to tradition and in high demand throughout the world. Port is a huge industry for Portugal (historically and now) and symbolizes Portugal to the rest of the world.

Here is a selection of the top Port Wine Producers: