Traditional Spanish food is uncomplicated, flavorful, and based on the freshest regional ingredients made available by Spain’s diverse geography. The Atlantic Ocean and the Mediterranean Sea surround most of the country, and Spain shares its eastern border with France. While mountains and valleys sprawl across the country’s vast and varied interior landscape. Historically, these mountains acted as natural barriers impeding communication and transportation between regions, and culinary traditions tended to remain local. Consequently, Spanish cuisine is quite diverse from one region to the next due to the variability of naturally available ingredients. Read more about popular Spices used in Spanish Cuisine 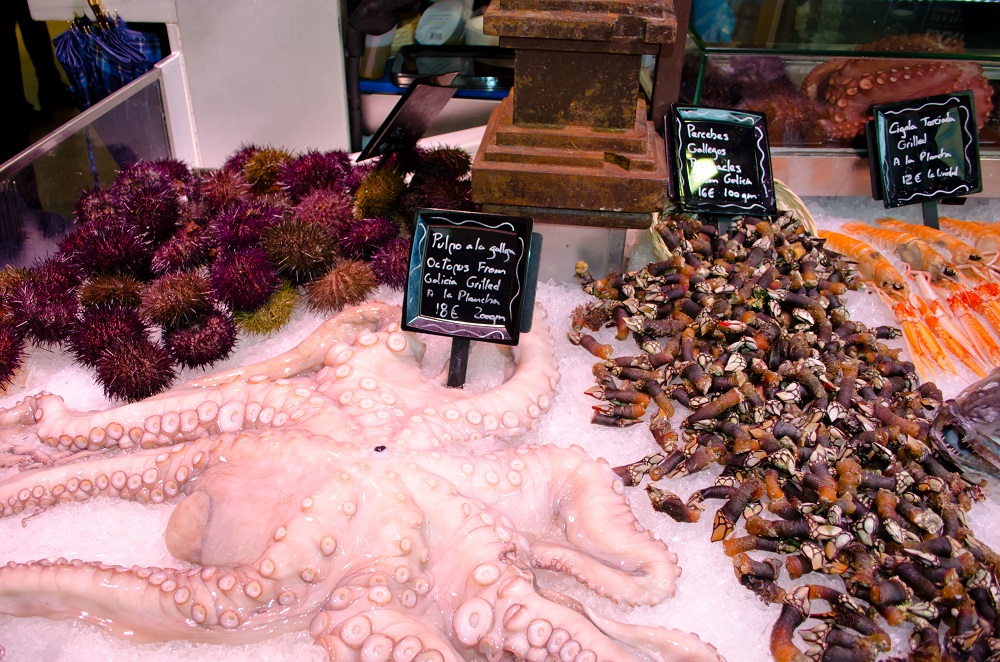 There are several products and culinary techniques commonly used in most Spanish kitchens. First, there could be no Spanish cuisine without olive oil. Effectively, Spain is the world’s leading olive oil producer. Most Spanish olives for oil grow throughout Andalusia in the south of Spain. This prized ingredient dresses salads, seasons dishes and is used for frying or other cooking techniques.  Read more: Guide to Spanish Olive Oil

Jamón is Spain’s another cherished local product, and Spaniards take their ham very seriously. Consequently, travelers are very likely to encounter jamón ibérico or serrano. However, there are numerous other types of hams worth discovering, too. Read more: Guide to the Hams of Spain

Beyond vibrant cuisine, Spain also delivers an abundance of wines to explore. The wine options are endless, from bold reds in La Rioja to aromatic Albariño in Galicia and Sherry in Andalusia. As with other European cultures like France and Italy, Spanish food and wine go hand in hand. So, here’s what to expect from Spanish cuisine in each of the country’s dynamic, highly frequented regions. 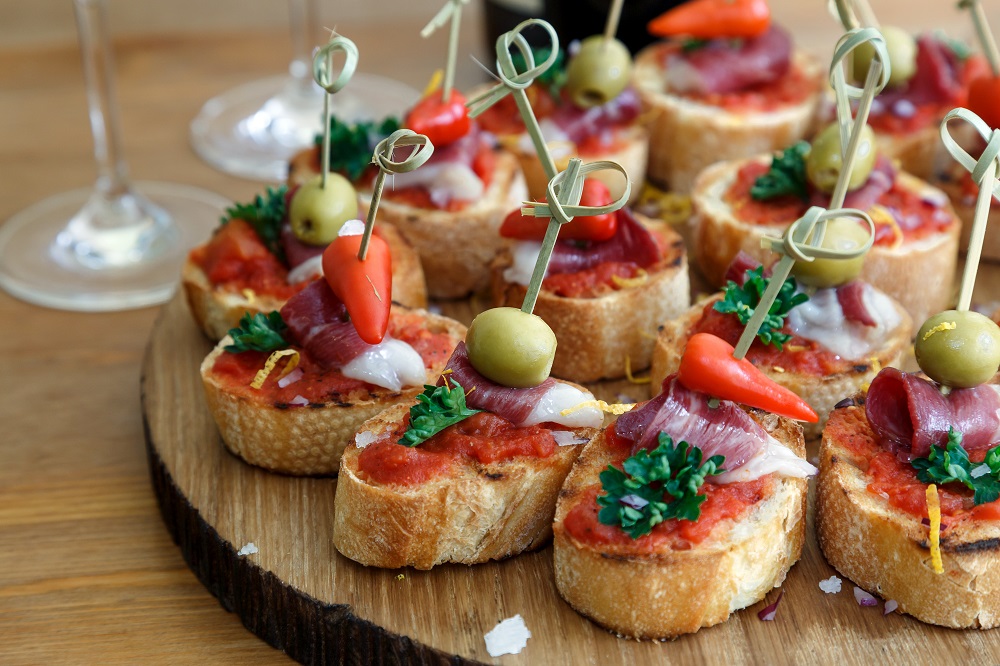 Galicia is situated in the northwestern corner of Spain, with the Atlantic Ocean to the west and the Cantabrian Sea to the north. These bodies of water provide a wealth of seafood that proliferates Spanish cuisine in the region. Expect flavorful octopus dishes like polbo á feira, mussels, or mejillones in various preparations, and hake or other fish prepared in garlic sauce. Sirloin steak, heartwarming stews featuring ham, and numerous cow’s milk cheese are also common.

If you’re a fan of small bites and bar hopping, the Basque country is a destination. The region is a culinary paradise with countless Michelin-starred restaurants, bordered by the western Pyrenees Mountains and the Cantabrian Sea; the region is a must for the gourmet explorer. Pintxos are a popular attraction for locals and tourists in Basque country. Entire bars are dedicated to these bite-sized dishes, often held together by a piece of bread and a toothpick. A few examples of must-try pintxos are Idiazábal cheese, fried croquettes, anchovies, and shrimp prepared in various ways. They’re best savored alongside a glass of refreshing Txakoli. Other local dishes to enjoy in Basque Country include a fish and potato stew called marmitako, a fisherman’s soup served in coastal towns known as ttoro, and the massive Basque basque txuleton steak [rib steak].

Situated among the foothills of the Cantabrian Mountains and the lowlands near the Ebro River, La Rioja is the land of Tempranillo and bold red wines. However, the region also boasts outstanding cuisine. Peppers are prominent in Rioja kitchens and are featured prominently in dishes, as are artichokes and asparagus. Piquillo peppers make their way into salads and a stuffed pepper dish called pimiento relleno. Additionally, caparrones is a hearty meat and bean stew perfect for warming up in cooler mountain temperatures. Other signature dishes of the region include patatas a la Riojana, Riojan-style cod, and pochas con codornices, or white beans with quail.

Catalonia is a unique region situated along the Pyrenees Mountains. It shares a border with France and possesses a stunning Mediterranean coastline, plus the bustling city of Barcelona. Rice from the Ebro Delta, Catalan olive oil, sausages, cheeses like Tupi, Tou del Tillers, and more are staples in local cuisine.

Notably, calçots are one of the quintessential Catalan dishes. Made with a green onion grown in the province of Tarragona, calçots are grilled to a char over an open flame and served with a romesco sauce, a deliciously messy affair. Additional Catalonian specialties include paella, rice dishes like arròs negre made with squid ink and seafood, and fideuá, a paella-like dish made with short noodles. Since the region encompasses mountains and coastline, the cuisine includes seafood and meat. Pollastre amb escamarlans exemplifies the regional geography, a dish that combines prawns and chickens.

Read more: Catalan Cuisine from Tapas in Barcelona to Seafood in Costa Brava 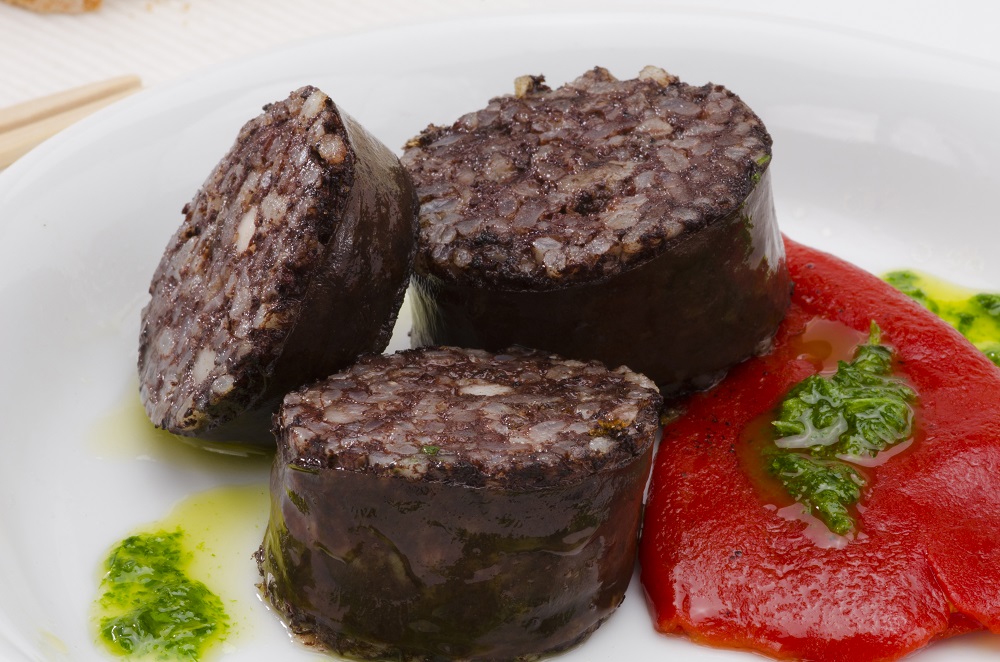 Castilla y León is a massive region hugging La Rioja to the east with the Cantabrian Mountains to the north. Galicia and the Atlantic Ocean encompass the west coast, and the Duero River runs throughout. The region’s fertile plains are ideal for the wealth of agriculture grown in Castilla y León, which makes its way into Spanish cuisine here.

Yet the most famous regional dishes are meat ones like Morcilla de Burgos blood sausage, cochinillo and lechazo (roast suckling pig and lamb respectively), and a mixed meat and chickpea stew called cocido maragato. But meat isn’t the only dish on the menu in Castilla y León. Seafood lovers can try cod in garlic sauce known as bacalao al ajoarriero, fried trout, or a trout soup from Obrigo. In addition, soups like sopa de ajo and hearty stews such as olla podrida and morañega stew are highly popular here in the wintertime. 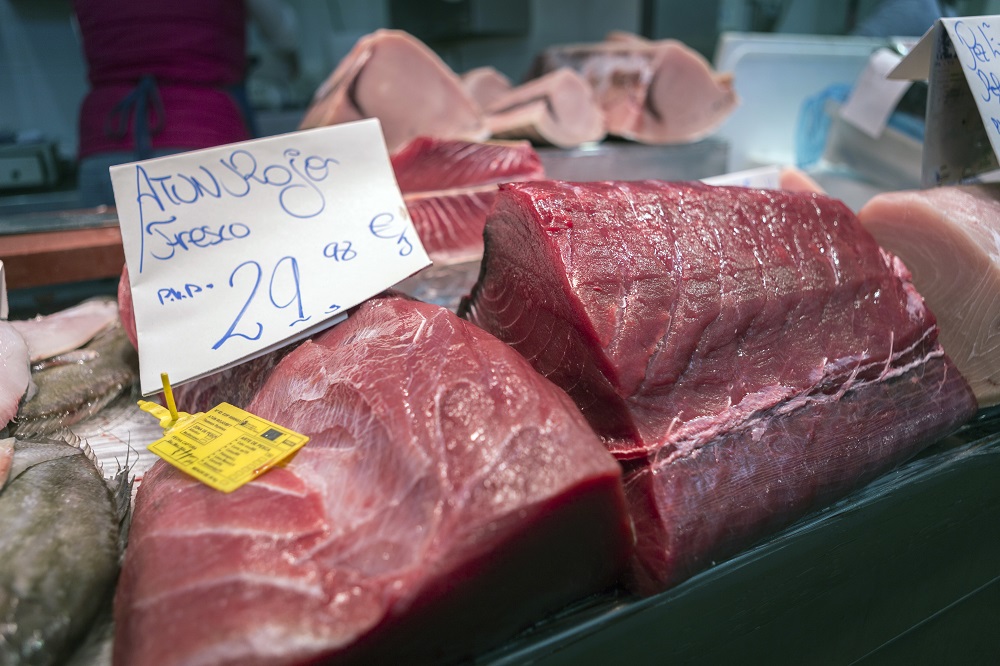 Covering the southwestern corner of Spain, Andalusia’s cuisine also incorporates a bounty of ingredients from land and sea. Cold soups like gazpacho, ajo blanco, and salmorejo are ideal for cooling off in this hotter part of the country. In addition, Andalusians love their chickpeas, which are utilized in various recipes. As for seafood, red tuna migrates in the waters off the southern coast, swimming from the Atlantic to the Mediterranean Sea. Consequently, this is one of the most prized fishes in Andalusian cuisine. Other prevalent seafood specialties include donax crabs, king prawns, crab, sole, sea bream, hake, seabass, and many more. Seville-style duck, a lamb stew called caldereta del condado, and rabo de toro [oxtail] are other not to be missed Andalusian dishes.