Every wine-producing nation requires a flagship grape variety. It is a signature style to call its own, used to heighten awareness and recognition across international markets. So new Zealand has Marlborough Sauvignon Blanc – Argentina has Mendoza Malbec. But what about Portugal, the land of endless indigenous varieties and esoteric gems? Does this country offer one grape that rises above the rest?

Yes, of course, it does. Touriga Nacional, the star of the Iberian Peninsula, can play a multitude of roles: it is the best known red grape outside of Portugal; it produces exceptional table wine; it is an essential ingredient in a high-quality port. But most importantly, Touriga Nacional is responsible for the country’s most elegant and long-lived styles, packed full of complexity and depth. So if Portugal wishes to impress newcomers, it needs only to reach for a superlative bottle of this celebrity grape. 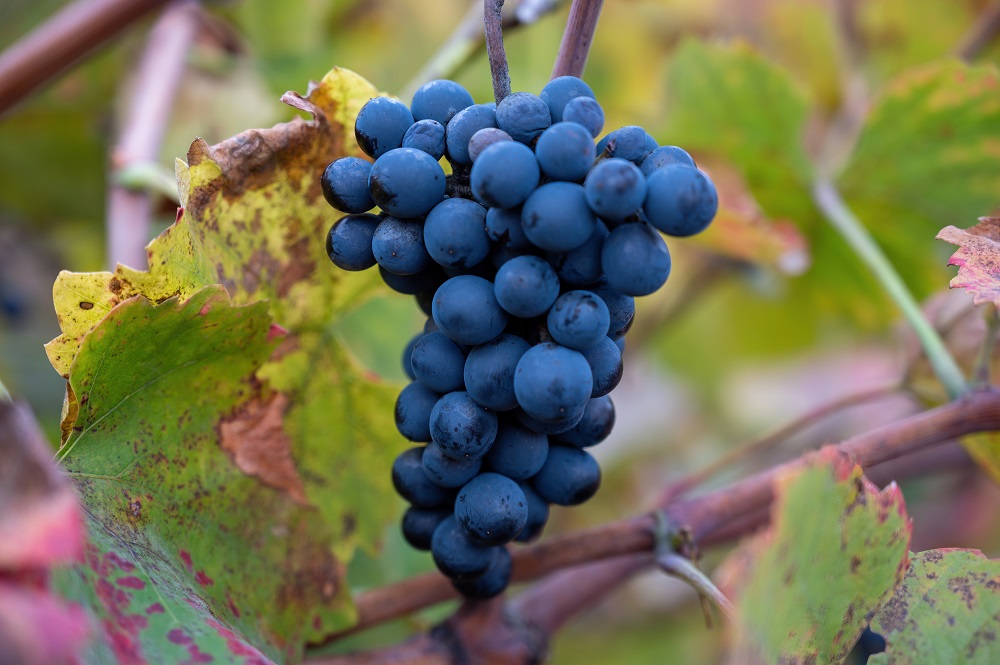 Portugal’s table wine revolution owes much to Touriga Nacional’s versatility and adaptability. A generation of well-traveled winemakers are amplifying the fruit of their native grapes in the bottle, experimenting with fermentation in amphora and concrete eggs, while organic and biodynamic viticulture is on the rise. Yet all this progress would be impossible without first-rate raw materials. So step up, please and take a bow Touriga Nacional!

According to viticulturists, the grape is indigenous to the Iberian Peninsula. It has been grown in the Douro and Dão regions for centuries, although its exact genetic ancestry remains unknown. Nevertheless, records show that Portugal’s first major wine expert, Lacerda Lobo, identified Touriga Nacional as native to the Douro and Beiras in the late 18th century. By the early 1800s, the grape was one of the most widely planted in Portugal, responsible for about 90 percent of the wines made in the Dão region.

Sadly, phylloxera was destined to have a life-changing impact on Portugal’s viticultural landscape. After the louse had destroyed many of the country’s leading vineyards in the late 19th century, growers were keen to regraft vines that could offer a substantial tonnage. Unfortunately, Touriga Nacional, for all its virtues, is prone to cropping at low yields. As a result, the acreage declined significantly in the early 1900s.

Yet Touriga Nacional staged a comeback at the end of the last century, helped in part by introducing new clones, providing both a decent yield and high-quality fruit. There are now approximately 6,700 hectares under vine in Portugal, with plantings increasing yearly. Growers have kept a close watch on the rising popularity of Portuguese table wines and are keen to grab some of the action. However, the fact remains that although this diverse country can count on many indigenous grapes, Touriga Nacional is the safest commercial bet in export markets. Equally, it is far from being the most prolific variety in the Douro.

However, the variety is undeniably capable of producing exquisite red wine – perfumed, structured, and wonderfully concentrated. Even the newer clones seldom yield inflated bunches, ensuring that the medium-sized berries contain generous levels of anthocyanins and flavor compounds. It is a fairly late-ripening variety, normally achieving full physiological maturity about one week after Castelão, to cite an example. Touriga Nacional requires plenty of warmth and sunlight throughout the growing season – the grape thrives on infertile stony soils. However, it can also produce good wine when planted on calcareous terroir.

Indeed, Touriga Nacional is relatively straightforward to cultivate. The variety is not susceptible to fungal diseases and is very resistant to grey rot during inclement weather. However, it needs adequate rainfall and will suffer from a prolonged drought. But in the vast majority of vintages, Touriga Nacional will be the star of the harvest. It has a great deal to offer wine producers, yet it does not place excessive demands on the grower. In some ways, Touriga Nacional is almost too good to be true.

Portuguese oenologists are always delighted to have Touriga Nacional in their cellars. Versatile and very malleable, the grape can wear several faces; excellent port, red wine, and rosé can all be fashioned from Touriga Nacional, either blended or produced as a single-varietal wine. It is hard to imagine a more forgiving and eclectic grape variety, having played a defining role in port for centuries (table wines are a newer addition to Portugal’s wine scene). The thick skins will yield wines of deep color, with an abundance of tannin and extract; analysis has shown that Touriga Nacional has very high levels of free terpenoids (aromatic compounds), responsible for its striking bouquet. So it takes a great amount of skill to waste such fantastic potential!

After the harvest, many leading wineries will utilize the traditional foot-stomping method, filling the Lagares (concrete baths) with whole bunches and breaking the skins via continuous pressing, releasing the must. It has become trendy to start the fermentation via spontaneous means in the vat, extracting some color and tannin before being transferred to stainless steel for pressing and malolactic fermentation. However, certain winemakers strongly reject this paradigm, using rollers to crush the grapes before they are fermented in tank. Conventional wisdom suggests that warm-to-hot fermentation temperatures will extract good color and tannin from the skins over a relatively long period. But some favor lower temperatures, arguing that it creates more fruit-driven and aromatic wines. Both pump over and punch down are widely utilized in regions like the Douro and Alentejo. The maceration period is rarely short, as most winemakers aim to produce a structured red wine that can age for over a decade. However, care must be taken not to extract too much tannin, resulting in a bitter finish and astringency on the mid-palate.

But maturation is arguably the most important stage in the winemaking process. The prevailing view is that Touriga Nacional is adept at handling French oak, responding well to slow oxidative aging without being overwhelmed by new barrique. Many of the most expensive labels are aged for over 16 months in barrels, adding weight and structure to the final product. Touriga Nacional is a very spicy/peppery red variety – this meshes well with new wood’s cedary and toasty flavors. Of course, if the oak is clumsily handled or the wine is not sufficiently ripe, barrel maturation may detract from the wine’s character. Nevertheless, Touriga Nacional is a robust grape that responds well to aging in wood, concrete, or amphora. 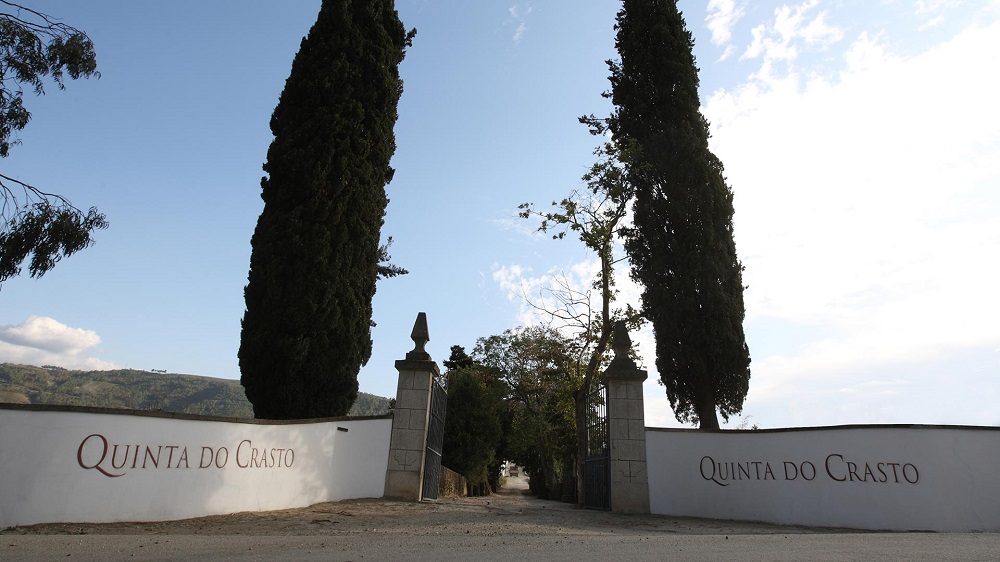 Touriga Nacional’s importance in the Portuguese wine scene remains unchallenged. Although it is not the country’s most widely planted grape, its role in elevating Portugal’s global standing cannot be underestimated. It has helped win-over sommeliers and consumers in markets like the US and UK, demonstrating that this fascinating country can offer brilliant value and premium quality. Conversely, Portuguese viticulture without Touriga Nacional would be unthinkable. The destinies of the two are completely intertwined.

The grape’s homeland is, of course, the Douro Valley. The Douro has the proud distinction of being one of Europe’s first demarcated regions, established in 1756. On the steep, dramatic slopes of the river that flows into Spain, terraced vineyards produce powerful table wines of class and refinement. At first glance, the climate is harsh, with cold winters and baking hot summers. Yet elevations and aspects vary enormously, ensuring that certain sites boast a significant diurnal temperature variation. The region has traditionally been divided into three sub-zones: the hot Douro Superior, cooler Cima Corgo, and the Atlantic-influenced Baixo Corgo. The ‘Grand Cru’s of the region are considered to be the vineyards flanking the town of Pinhao, including the Tedo Valley and Távora, Torto, Tua, and Roncão tributaries. This is the heartland of port production, where Touriga Nacional is blended with other varieties to make sumptuous fortified wines – arguably the best in the world.

The current hype and excitement, though, surrounds the dry reds of the Douro, often made from high-altitude and north-facing vineyard sites. Top-notch Touriga Nacional is the ultimate food wine, whether added to a blend or kept in solitary confinement. The best examples from the Douro showcase attention-grabbing freshness and precision, with crushed blackberries, cinnamon, white pepper, and damson aromas. With age, notes of leather, tobacco, and violets will emerge. Touriga Nacional is blessed with sophisticated tannins that manage to be both savory and fine-textured. Vibrant acidity and a long finish complete the package. It is a complex and harmonious red wine for a demanding age.

That said, Touriga Nacional comes in many different guises and expressions. Certain writers believe that the grape reaches an apogee in the Dão region, located southeast of Lisbon. For sure, the area is blessed with a number of independent wineries, growing Touriga Nacional on a granite plateau to craft some of Portugal’s finest reds with a discernible taste of terroir. Dão Touriga Nacional is typically more structured than its Douro counterpart, imbued with firmer tannins. Single-varietal expressions are becoming more common, although blends are still the mainstay, not least because some of the best vineyards are planted with a mixture of different varieties. Equally, some trend-conscious winemakers champion single-site wines that are not tied to one Quinta or house style.

Even in the notoriously hot climate of Alentejo, we can find variances in growing conditions and terroir; north Alentejo has elevated altitude, with concomitant higher acidity levels in the grapes, enhancing freshness and complexity. Meanwhile, central and southern Alentejo benefit from the cooling influence of Alqueva, an artificial reservoir in the region. As one would expect, there are differences of opinion concerning how best to handle this most flexible of grape varieties. Overall, Alentejo’s terroir lends itself to powerful and meaty expressions of the grape, with deep color and pungent black fruit aromas.

This is precisely why Portugal continues to stand out from the crowd; growers have retained their individuality – and indeed individualism – by focusing on original flavors rather than imports. Yet this has not stopped the country from joining the global firmament of world-class producers and winning-over influential wine buyers. No one style can take the credit for this renaissance, although Touriga Nacional has played a role in this radical transformation. To quote Dirk Niepoort, “an essential part of your Portuguese journey”: is a beguiling red grape with few equals. It’s time for you to get acquainted.