First division grape variety or frivolous quaffing material? No other wine style divides consumer (and critical) opinion quite like Gamay, the signature red grape of the Beaujolais region in Burgundy. Of course, it has its share of proponents; some see great virtue in the Gamay grape’s easy drinkability and attractive fruitiness, while others deride Gamay as a second-rate and short-lived variety. But, as ever, the truth is hidden in the many shades of grey that continue to define wine regions across the world.

A simple analogy; just as not every bottle made in Champagne is of stellar quality (not that you’d know it from the constant hype!), some Gamay wines are structured and complex, with longevity that defies all expectations of the grape. There is no doubt that Beaujolais has fallen out of fashion somewhat since its heyday in the 20th century; the quick buck that was made from the flood of Beaujolais Nouveau in the 1970s has done considerable – and lasting – damage to the area’s reputation. But as a new generation of growers seek to overturn past mistakes, Gamay’s popularity is on the global rise.

You can explore the Burgundy Wine Region with Cellar Tours on a private Luxury Food and Wine Vacation, dine in the best local restaurants, and enjoy VIP tastings in the top wineries. 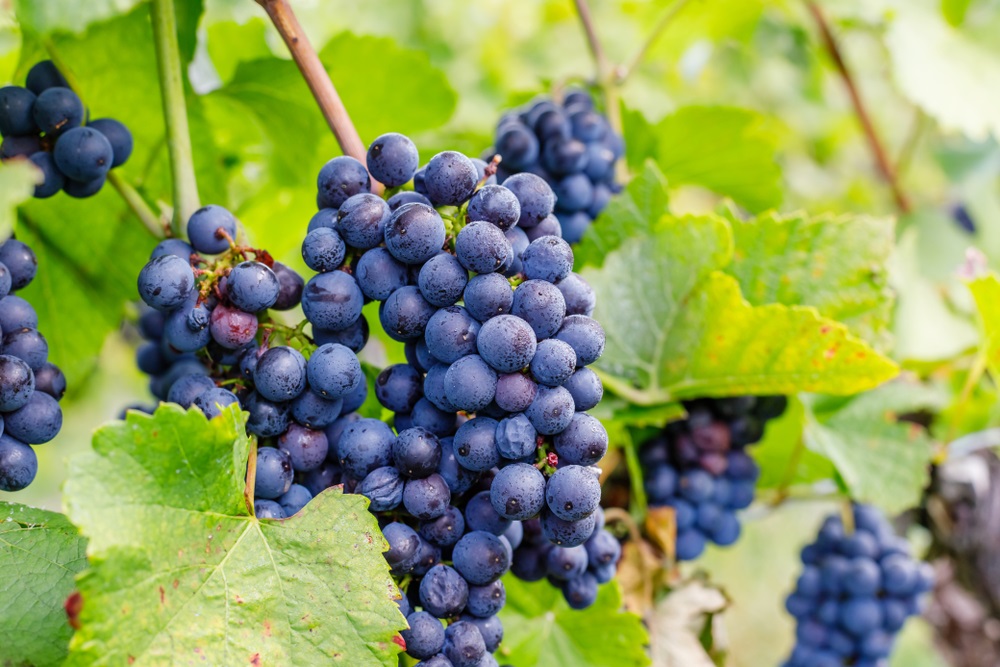 Viticulturists believe that Gamay has long been associated with the Burgundy region. However, its relationship with the area’s aristocracy and winegrowers has been very tumultuous since its arrival in the 14th century. The most popular theory describes Gamay as a German import, lending its nomenclature to a small village south of Beaune, the region’s wine capital. Still suffering from the devastation of the Black Death, winegrowers in the Cote d’Or reportedly wanted a variety that was relatively easy to grow, cropping at generous yields. Gamay found its niche.

However, the upper echelons of Burgundian society were not convinced. When the Dukes of Burgundy relocated to Dijon in the 1300s, they took an active role in monitoring and ‘policing’ Burgundy’s increasingly important wine trade. In July 1395, Philippe the Bold is said to have prohibited the cultivation of Gamay, arguing that it was vastly inferior to the noble Pinot Noir. In the early 15th century, his successor, Philippe the Good, issued another decree, encouraging growers to rip out their Gamay vines and replace them with Pinot Noir.

Yet the cultural shift in the Cote d’Or did not happen as quickly as the Dukes would have preferred. For better or worse, Gamay could provide growers with a proven livelihood; the village of Morey-Saint-Denis, for example, continued to plant a decent quantity of Gamay until the latter part of the 19th century. Then, in the 1900s, Gamay was almost completely removed from the Cote d’Or (the odd parcel is still around, although inclusion into the wines is illegal). Instead, Gamay found a welcome home in the villages of Beaujolais, which provided a more suitable terroir and climate to ripen the grape. As a result, it has thrived in the region for centuries.

Modern-day winegrowers will admit, however, that Gamay is more than capable of producing thin, acidic, and unappealing wine. Prone to giving high yields, the vines must be pruned and monitored throughout the growing season. However, some growers favor a generous crop by marketing cheap and cheerful Beaujolais Nouveau. The relatively thin skins of the grape contain moderate amounts of coloring compounds and relatively low levels of tannin. However, the soil will strongly influence the final wine style that emerges. Gamay produces light wines with bracing acidity and negligible tannin when cultivated on calcareous terroir. This is because the vines cannot extend their roots through the alkaline soils that typify the Cote d’Or and parts of southern Beaujolais, resulting in hydric stress and concomitant low sugar levels/phenolic ripeness.

In contrast, vineyards in the northern part of Beaujolais, known as ‘Haut Beaujolais,’ contain large amounts of granite and sandy soils – perfect terroir for this unfairly maligned grape. Gamay prefers warm and well-drained soils, such as the metamorphic granite of Haut Beaujolais, ripening the grape to perfection. If all goes well in a sunny vintage, the winemaker will have some excellent raw materials to craft one of two distinct styles of Gamay wine.

What does the winemaker desire? That is the only relevant question in the production of Gamay wines. If they wish to emphasize the Gamay grape’s inherent fruitiness and soft approachability, they will opt for carbonic maceration and no oak maturation. However, if they want to craft a more structured and complex wine designed to improve in bottle, a longer and more subtle process is required.

Carbonic maceration, a technique that has been perfected in the region, is responsible for turning indifferent and acidic grapes into light and very drinkable Beaujolais Nouveau. It has been used to make low-tannin, fruit-driven wine styles for many decades. Building on research undertaken in the 1930s, winemakers realized that carbon dioxide could trigger an intracellular fermentation inside the wine grape, occurring during the normal fermentation process. After the harvest, a grower will fill their vat with whole bunches; the weight from the top of the vat will split the skins of the berries in the middle and bottom, releasing must and carbon dioxide, a byproduct of fermentation. As the must starts to ferment, the CO2 will fill the container and protect the berries from oxidation, raising the temperature in the process.

Meanwhile, a separate chemical process will be taking place inside the berry. When the grapes are exposed to concentrated CO2, enzymes start to consume the sugar stored inside the berry, producing alcohol and releasing more life-sustaining carbon dioxide into the bargain. This intracellular fermentation will typically finish after two weeks, leading to the signature bubble gum and banana flavors that have come to typify Beaujolais Nouveau.

Meanwhile, the fermentation ‘proper’ is well underway. The vat will be full of a mixture of fermented juice at the bottom and grapes that have yet to split correctly. To make Beaujolais Nouveau, the fermented juice is runoff from the tank, and the remaining concoction of pomace and sugar-rich must will be pressed after just 3-4 days. Then, the two parts are combined and fermented rapidly at relatively high temperatures. The wines are promptly racked, fined, filtered, and bottled when the malolactic fermentation is completed. Voila! – Beaujolais Nouveau.

Carbonic maceration inevitably leads to soft and fruity wines, with a (relatively) high pH, low levels of phenolics, and a gentle color. Although it is fashionable to snigger at such wines, with their red fruit and candied aromas, they can be brilliant thirst-quenchers during the summer months. Best served slightly chilled, a fresh bottle of Beaujolais Nouveau is the ideal warm-weather aperitif.

However, if you taste a venerable vintage of Morgon or Fleurie, the iconic crus of Beaujolais, you’ll scarcely believe that they’re made from the same grape variety. But, as ever, diversity of terroir and different winemaking approaches ensures that Beaujolais is an eclectic wine style as any.

Producing ‘serious’ Beaujolais is an altogether slower and more involved process. A popular method is to fill the fermentation tank with a mixture of whole berries and crushed grapes, with the latter sitting on the top. A longer fermentation and maceration extracts more color, tannin, and flavor compounds from the grape skins, presuming that the raw materials are first-rate. In the 21st century, it became de rigueur for the best producers to mature their top cuvées in French oak – the proportion of new oak varies according to the vintage and preferences of the winemaker. At their best, such creations rival the top climats of the Cote d’Or in depth and complexity. At their worst, they’re poorly made caricatures of superior Burgundy wines. 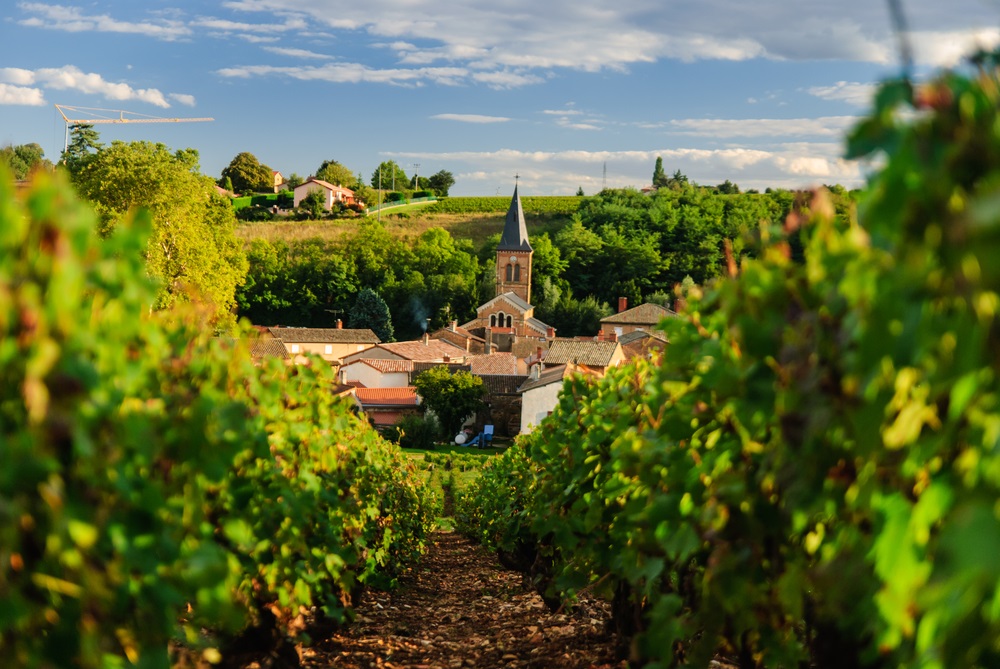 The Beaujolais wine region is far more multi-faceted and diverse than the enduring legacy of the Nouveau phenomenon would suggest. Although the Gamay grape is planted in the Maconnais region, the Loire, and Switzerland (there are also small parcels cultivated in several New World countries), its spiritual home remains Beaujolais. The area under vine extends over 52 kilometers from the granite hills immediately south of the town of Macon to the flatter land northwest of Lyon. Its production is considerable; Beaujolais makes almost as much wine as the rest of the Burgundy regions put together, with approximately 15,000 hectares under vine. Under the appellation rules, red wines produced in Beaujolais must always be 100% Gamay. A tiny volume of Beaujolais Blanc is made from the Chardonnay grape in the far north of the appellation boundaries. Rosé wine is also becoming more popular, as Gamay lends itself to this soft, easy-drinking wine style.

Nevertheless, the finest Gamay wines have long emanated from Haut Beaujolais. The grape has a great affinity with the granite and sandy terroir that defines the sub-zone, leading to more structured, aromatic, and complex red wines. Beaujolais Villages’ appellation encompasses over 35 communes in the northern half of the sector. These pretty villages have been awarded the right to a superior designation due to the consistently higher quality of their wines. They represent the finest value in Beaujolais today.

Yet they do not present the pinnacle of achievement with the Gamay grape. Nestled in the beautiful wooded hills of Haut Beaujolais are ten crus; villages that are considered to make the most profound and long-lived red wines of the region. Unsurprisingly, much is made of the terroir in this part of Burgundy; volcanic schist and sandy granite with a variety of different aspects and topsoils, ensuring that no two crus ever taste the same. They crus are: Saint-Amour; Julienas; Chenas; Moulin-a-Vent; Fleurie; Chiroubles; Morgon; Brouilly; Cote de Brouilly, and Regnie.

Do we have a favorite? It isn’t easy to choose between them, although the signature aromas of strawberry, mint and vanilla that define all good Fleurie are quite irresistible. However, if you seek a more weighty and structured interpretation of the Gamay grape, then Julienas, Morgon, and Moulin-a-Vent should be your first port of call. Chiroubles is renowned for producing light and bracing wines with ripe acidity, while Saint-Amour trades grippy tannin for beautiful aromatics and an accessible structure.

In one sense, it is a shame that such wonderful wines will probably never be taken as seriously by oenophiles as the Pinot Noirs of the Cote d’Or. Undoubtedly, the Nouveau phenomenon did real damage, and yet Beaujolais has made a concerted effort to repair its reputation in the 21st century. The region is now brimming with exceptional Gamay wines that often cost less than a good village Gevrey-Chambertin or Chambolle-Musigny. Moreover, investment from the wider Burgundy region continues to pour into Beaujolais, as land prices are still affordable. As a result, it is comparatively rare to encounter a collector that idolizes the majestic red wines of the Beaujolais crus. But it is even rarer to encounter a poorly-made or overpriced example of the genre.