When connoisseurs think of caviar, their thoughts naturally always turn to Russia, and in particular to the luxurious caviar produced from the Beluga Huso huso sturgeon in the Caspian Sea. Its fame and exquisite flavor have ensured that this gastronomic delicacy fetches a princely sum, usually retailing at around €8,000 per kilogram. But, due to ever-rising prices, the scarcity of fish stocks and growing demand, many countries like France have created a successful and profitable industry in farming caviar from different species of sturgeon. It may not be the most obvious choice for lovers of this fine delicacy, but top French caviar can more than compete with the world’s best with its delicate texture and fine, nutty flavor and aroma. 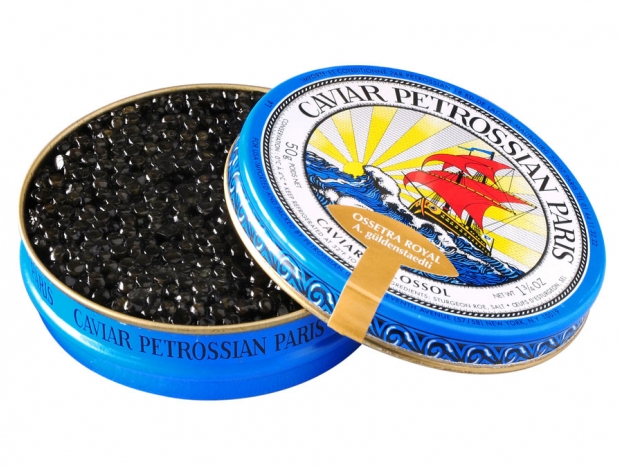 For the uninitiated caviar is simply the roe, or eggs from female sturgeons, traditionally the variety native to the Caspian and Black seas. However, caviar is also used to describe the roe from other species of fish, including salmon and trout, although purists would argue that these species of fish can never compete with the caviar of the famous Beluga sturgeon. Due to the high price of Beluga caviar around the world, it is commonly associated with luxury and wealth and has been an important part of Russian festivals, weddings, and celebrations for centuries.

The history of France & Caviar

Yet, despite caviar’s longstanding association with luxury and as a highly sought-after gastronomic delicacy, the French only relatively recently took to farming sturgeon for the production of caviar. Historically, a species of sturgeon thrived in France’s Dordogne and Garonne rivers and was a prized item for fishermen who, according to folklore, discarded the now valuable eggs as an unwanted by-product and fed them to livestock! Legend records that this approach to caviar changed when a visiting Russian Princess paid a trip to the Gironde estuary and was shocked to see local fishermen discarding the eggs. She showed the fishermen how to extract and prepare caviar and convinced them of the small fortune they could make from it.

Of course, this tale is probably nothing more than charming folklore, but the fact remains that during the 1920s caviar became wildly popular in France. A leading restaurateur, Emile Pruneir, decided to capitalize on this rising demand by building caviar processing centers in the Gironde and the Dordogne, where the native species of sturgeon, the Sturio was found. An extremely lucrative enterprise soon flourished and men like Prunier became very wealthy by being the pioneers of French caviar production catering to the wealthy elite of Paris’s cafe society!

Sadly, by the 1980s stocks of the Sturio were dangerously low due to overfishing and a fishing ban was imposed. The salvation and resurgence in France’s caviar industry came from an agreement with the former USSR in 1989 when introduced a hardy species of Sturgeon native to Siberia, the Baerii. In return, France allowed Russia to take stocks of its native wild trout and slowly a farming industry started to flourish.

Today, there are over fifteen companies farming sturgeon in France, largely based in the south-west of the country. The first business to start farming fish for caviar was the highly successful firm Caviar de Gironde, which was founded in 1993. The firm was purchased in 2009 by two business partners who rebranded it as Caviar de France. Its three key brands of caviar are now the most commonly seen across the country: Caviar Ebène, Caviar Diva and Caviar du Bassin. Top French caviar, whilst not as expensive as the Beluga variety can command an impressive price of at least €800 per kilogram and the top varieties often sell for €2,000 or more. 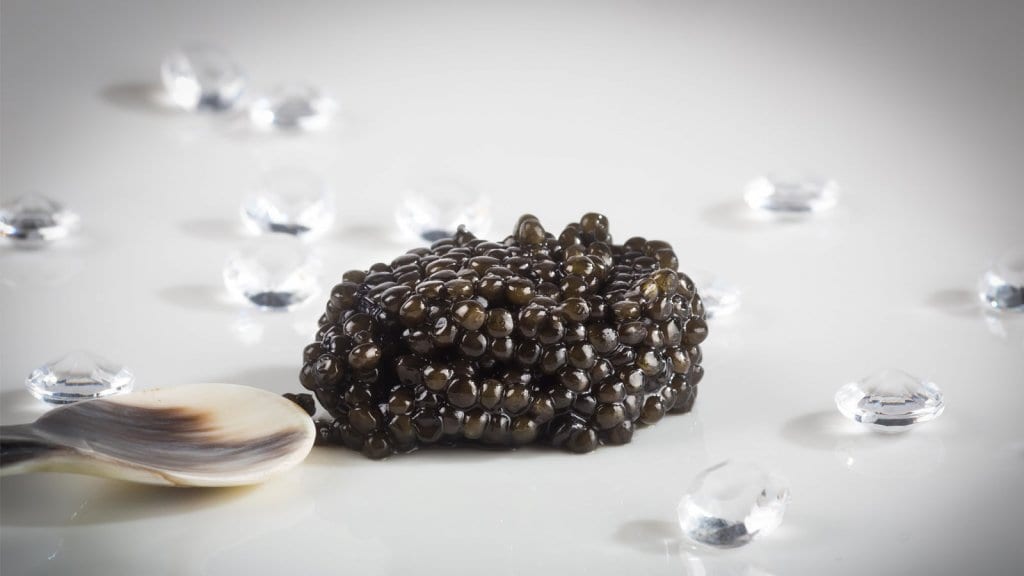 One of the most desirable sources of caviar is found in the Sologne, a region in north-central France famous for its pools and marshes. Chefs in particular value its superior texture and meaty taste, which unsurprisingly does not come cheap. But, it must be emphasized that farming fish for caviar is a lengthy and costly process. In the early 90s, many farmers were discouraged from entering the business as it takes at least 10 years to raise a female sturgeon before you can start harvesting the eggs.

French caviar is now sold in many retails outlets and restaurants with Paris being the natural capital of the consumption of caviar in the country. Firms like Caviar de France have responded to emerging trends and offer for example a sturgeon pate in addition to their fine selection of caviars. The gourmet food distributor Armen Petrossian offers his customers such exciting products as Caviarcube, which are skewer ready caviar cubes perfect for parties and Caviar cream, which is a dip containing 25% caviar. In its raw form, the caviar produced from the farmed Baerii sturgeon tends to give medium-sized eggs that range from gray to black. Connoisseurs describe the flavors as mineral-driven, with fruity and nutty notes.

Traditionally, caviar is enjoyed chilled, as a delicacy in its own right which needs no lavish accompaniments. The Russian choice for a drinks pairing is Vodka, but we find that full-bodied vintage Champagne or white Burgundies like Meursault works best. When enjoying your caviar, ensure that you use a plastic or mother-of-pearl spoon, metal spoons will spoil the flavor of the caviar. It works very well with scallops, or with neutral foods such as scrambled eggs, bread or potatoes.

These are our five favorite brands of French caviar: