Difference between Scotch and Irish Whiskey

Like a match between two prize-winning boxers, the subject of Irish versus Scotch whiskey arouses and inflames the passions. The quickest way to commit social suicide, would be to enquire in a Scottish bar – “Do you have any Irish spirits for a change? Much better quality, aren’t they.” The same, of course, also applies to demanding Scottish single-malt in Ireland. You’ll hear a pin drop in the room during a stunned silence, although before long voices will raise and tempers may fray. 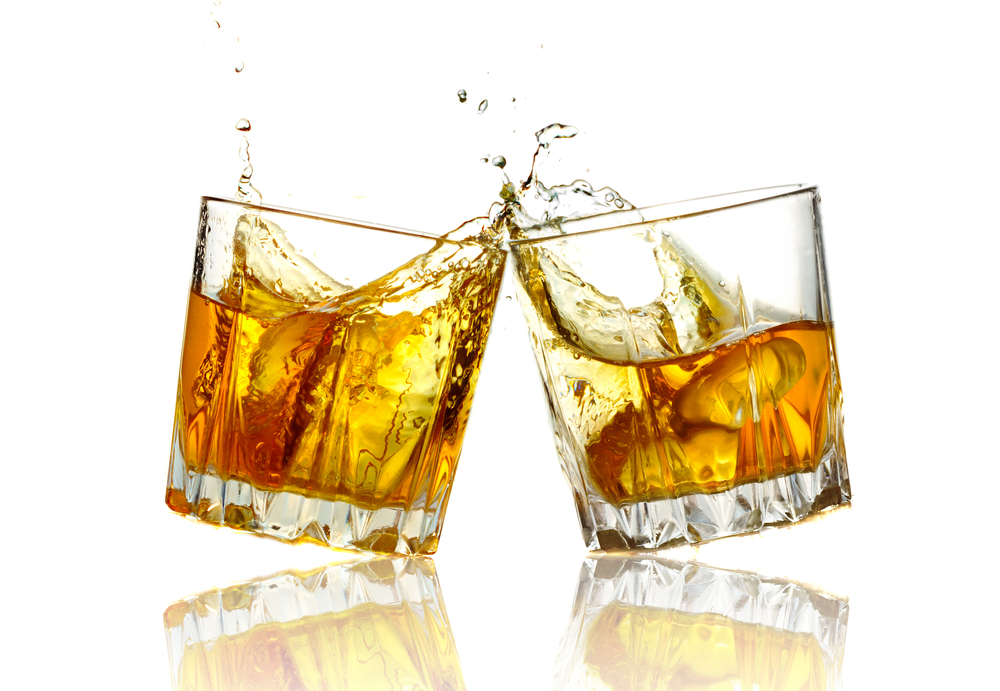 Yet despite the intense, but the often good-natured rivalry between Scottish and Irish distillers, there are key points of difference between the two industries worthy of discussion. This is not merely a debate about quality. Both Ireland and Scotland have long-standing and proud traditions of distillation. In both nations, water, malted barley (or other grains) and yeast are the holy trinity of whiskey – three ingredients that are unremarkable individually, however, their whole is very much greater than the sum of their parts. Both nations make excellent single-malts, blended whiskeys, and grain whiskey. Both Ireland and Scotland can boast brands that are household names. Nevertheless, there are significant points of divergence between Irish and Scottish whiskey, in everything from historical traditions to contemporary production methods. Irish and Scottish whiskey are many things, but never make the mistake of believing that they form part of a homogenous category.

The rivalry starts in the history books. Modern Irish distillers and marketeers make numerous claims about their heritage of whiskey production, as does the Scottish. However, respected sources suggest that the Irish brought grain to Scotland – not the other way round. It is likely that priests brought distillation techniques back to Ireland first and then to the west coast of Scotland. Moreover, Ireland lays claim to having the world’s oldest distillery in Bushmills, which was officially registered in 1608. Many Irish distilleries proudly boast that Irish whiskey became the drink of choice long before its Scottish counterpart.

However, after the Industrial Revolution, Scotland started to cement its position as a world leader in whiskey production. The Industrial Revolution brought the railway to Scotland, which meant better transport links, access to raw materials, and the means for greater quality production. The distillation industry flourished, helped by the advent of the phylloxera louse in France in the latter part of the 19th century. Vineyards used to make Cognac were wiped out, and so whiskey was only too glad to take its place. Meanwhile, the fortunes of Irish whiskey declined drastically in the late 19th and early 20th centuries, due to a combination of political and economic factors. Many famous distilleries closed, and Ireland became a virtual whiskey museum.

Of course, Scottish distilleries have had their challenges to overcome. However, the simple fact remains – Scotland is the world’s leading producer of premium whiskey, while Ireland is still recovering after decades of neglect. The investment by pioneers such as John Teeling has been fantastic for Ireland’s burgeoning craft distilleries, in addition to global investment from major players like Diageo. Nevertheless, Ireland’s distilleries are attempting (successfully) to recover former glories and restore reputations; Scotland is riding an unchallenged wave of glory, international recognition, market dominance, global investment, and awards.

But please don’t misunderstand us – Cellar Tours is a massive fan of Irish whiskey. We have cheered and applauded the fantastic developments in recent years, with new distilleries opening and whiskey tourism being revitalized. However, it is equally undeniable that Scotland produces a breathtaking range of superlative whiskeys – like the wines of Burgundy, these hallowed spirits can be rarely beaten. 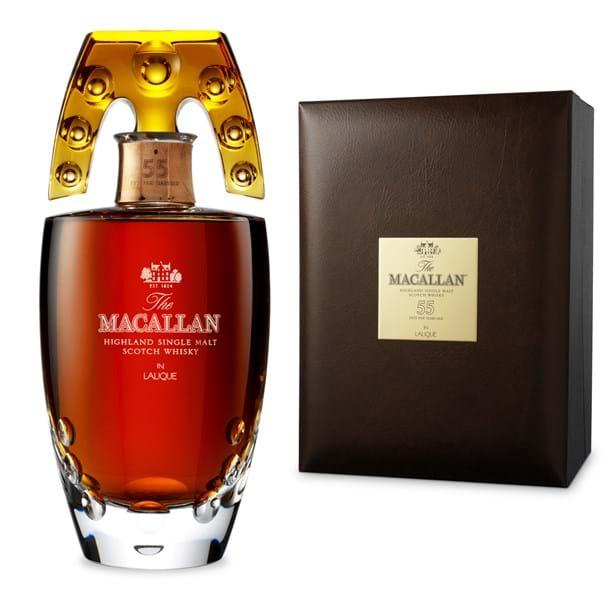 Today, there are over 100 single-malt distilleries throughout Scotland and hundreds of brands of single-malts. Very old, rare examples sell for incredible sums; Macallan Lalique 55-Year-Old Single Malt Scotch Whiskey will set you back over €150,000. Yet it should be remembered that 90-per cent plus of all whiskey made in Scotland in blended whiskey. Ignore the naysayers who claim that blended whiskey is inferior, as the best examples are equal to single-malts; they’re just made differently. Blended whiskey is produced using a mixture of different grain whiskeys, as opposed to just barley for single-malt. But there is another category almost unique to Scotland – blended malt whiskey. Containing no grain whiskey, blended malts are blends from several distilleries – the best examples are over 30 years old, complex whiskeys that are worthy of the best single-malts.

In contrast, Ireland produces blended whiskey in an entirely different way. Traditionally, Irish distillers blended pot still whiskey and grain whiskey, mixing the various whiskeys before they are aged in barrel. This horrifies the Scottish, who always blend after the spirits emerge from their cask maturation. There are several excellent examples being made today, including Tullamore D.E.W 10 years old and Jameson 18-year-old Gold Reserve.

Ireland does things differently in other areas too. Typically, Irish firms triple-distilled their whiskey, a practice that is still relatively rare in Scotland. Irish pot still whiskey is another niche style unique to this hauntingly beautiful country. However, the term is somewhat confusing – many single-malts are distilled in a pot still. The point of difference concerns the blend; Irish pot still whiskey must contain a mix of malted barley and another grain, often unmalted barley, in the initial grist. This potent mix is then mashed, fermented and distilled in a pot still. The results are both captivating and unique to Ireland – rich, oily, and textured whiskey with signature aromas of caramel and chocolate.

Nevertheless, connoisseurs and collectors will always prioritize malt-whiskey, despite the excellent variety of styles available in Scotland and Ireland. In this regard, Scotland has no peers. The diversity of choices available, the attention to detail in production, the involvement of copper, the craftsmanship and patient maturation in cask – single-malt whiskey is an endeavor filled with love, skill, and unrivaled expertise. The best Irish single-malts are excellent, if relatively small in number, but none of them can hold a candle to the top-end Scottish examples. There is an air of magic and mystery to Scottish single-malt. The ingredients are simplicity itself, and yet the resulting flavors after a prolonged maturation defy all expectations, giving the best of Cognac a serious run for their money. Collectors will pay almost any price for the rarest, oldest examples and auction houses make enormous profits on sales of ancient Macallan single-malts and other lauded, iconic names. It would be disingenuous to claim that Ireland and Scotland are on a similar footing – Scotland has had far longer to work on its act, with greater investment and less financial ruin following the contraction of the American market for Irish whiskey. 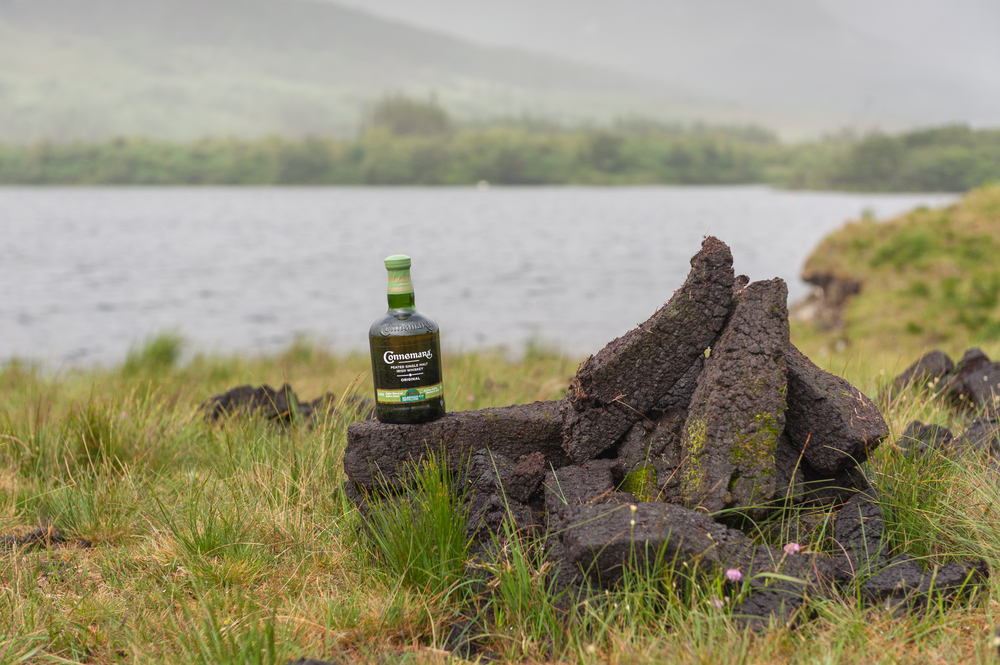 There is also the role of peat to consider. Peat is an integral part of Scotland’s whiskey industry, whereas traditionally, Irish distillers did not lean heavily on its signature peaty, smoky flavor profile. Of course, some Irish whiskey makers did, and still do use peat, but it is mostly a Scottish ‘Unique Selling Point.’ Peat is made up of decaying vegetation and grasses that have formed over centuries in boggy wetlands. Used as a fuel in Scotland for centuries, distilleries started the practice of drying the barley over burning peat – the peat smoke is responsible for the smoky-flavored whiskeys found across Scotland today, particularly in the islands and highlands. In terms of making full-bodied single-malt whiskey, Scotland again has the edge. However, fruit-driven and weighty Connemara from Ireland is a reminder that peat did play a role in Ireland’s past.

In the end, though, it arguably all comes down to questions of quality and consistency – perceived or otherwise. Consumers understandably want to know which country consistently makes better whiskey? It’s a complicated, if not impossible, question to answer. Scotland has the largest choice available, the lavish investment sums, and the world’s best expertise. It is undeniably the most important whiskey producer today, a mantle that will probably never be seriously challenged. The range, quantity, and quality of whiskey on offer are remarkable.

But Ireland’s whiskey industry, while small, is perfectly formed. The strides made over the past two decades are equally laudable and remarkable; Irish whiskey is not a poor relation. The quality on offer today is as strong as ever, with drams of something special very easy to come by an older Bushmills, a vintage Jameson, an excellent grain whiskey from Greenore. Contemporary Irish whiskey is an exciting alternative to Scotland’s long-established tradition of whiskey production. The wisest choice, as ever, is to enjoy both, preferably in the company of friends from these two dynamic, beautiful and captivating nations. There is plenty of room for argument, disagreement, and debate, as long as the best of Scottish and Irish whiskey never stops flowing!