Chocolate first made its way to Italy in the 16th century, soon after Spanish explorers imported the new world’s cocoa bean. Although it was first used only as a drink for the privileged, it didn’t take long for the chocolate to earn a beloved place in Italian desserts. These days, you’ll find Italian chocolate in many flavors, from hazelnut to chili peppers, green tea, and ginger. Gourmet travelers are finding that chocolate tastings add a fun and unique component to their tours in Italy. 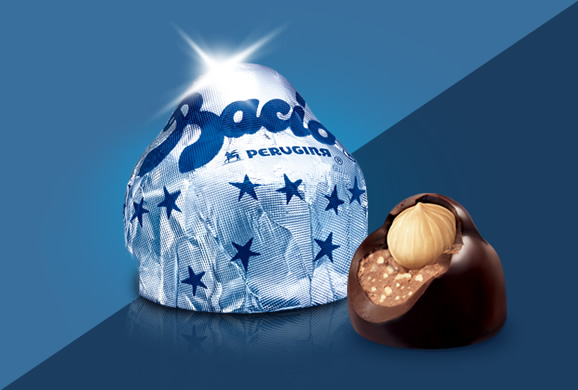 Chocoholics should make a beeline for Umbria’s Chocolate mecca of Perugia. Home of the drool-inducing Perugina chocolate factory, this is a major destination for true chocolate gourmands. While simple dark or milk chocolates are sold in abundance, the rich bon-bons are an even greater temptation. Perugina’s best-known treat is Baci (Italian for “Kisses”), a truffle made with a delectable mixture of whipped milk chocolate, hazelnuts, and nougat bathed in inky black dark chocolate. Imagine the flavor of a jar of Nutella (the internationally famous chocolate and hazelnut spread) packed into one tiny bite. No wonder it is one of Italy’s most popular chocolates. Perugina is also known for its chocolate Easter eggs, which are large as footballs and hollow so that they can be filled with a small gift.

Eurochocolate is the biggest choco event in Italy and takes place in the darling town of Perugia from October. 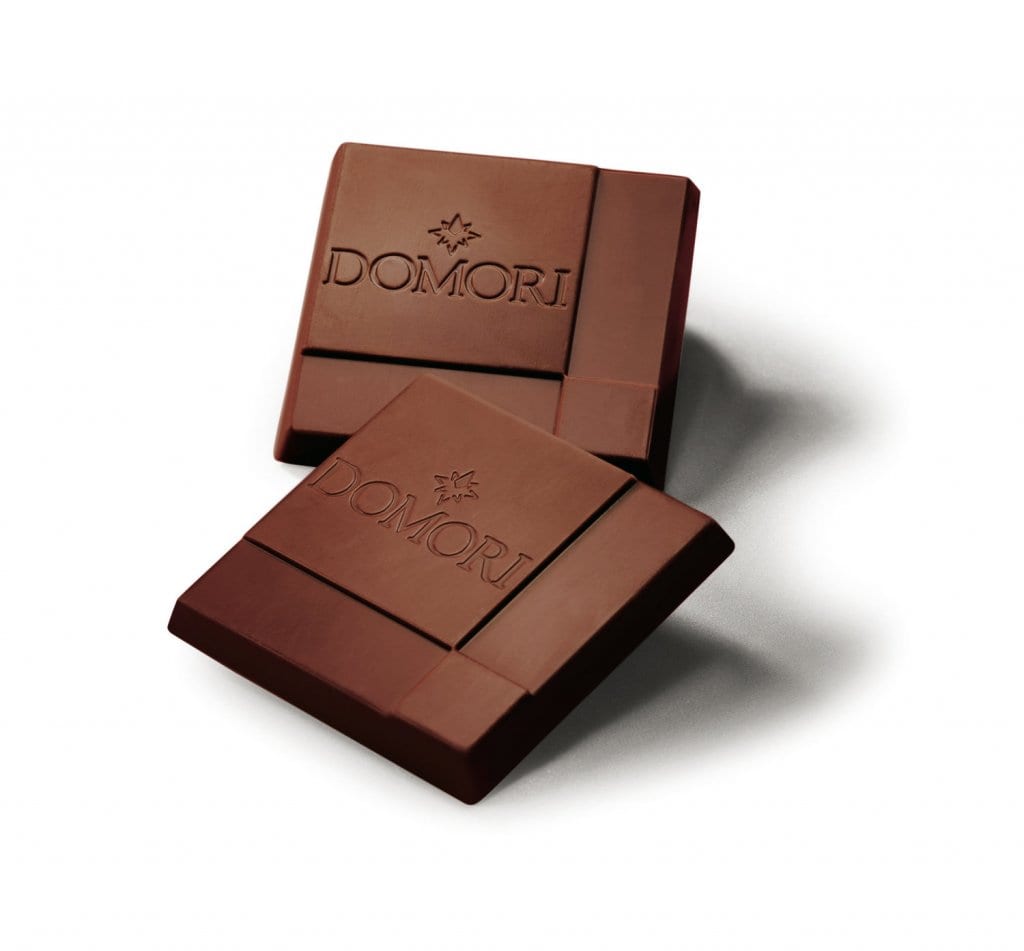 Another chocolate hotspot is in Piedmont in the fascinating city of Torino (Turin), known as much for its chocolatiers’ creativity as for the quality of the chocolate itself. Domori is a superb local producer of chocolates and even have their own plantations in South America. They refer to themselves as the “Cacao Cult.” Gobino is another chocolate maker given almost cult status. Peyrano is a great place to taste and buy chocolates in Turin. Head for Via Lagrange (a street full of gourmet gems) and find Gertosio, a famous pastry shop that sells sublime chocolates, including giandujotto. Giandujotto (Giandujotti when plural) is one of Torino’s star chocolate candies, a blend of cocoa, sugar, and hazelnut cream. If you like your chocolate in liquid form, don’t miss Bicerin, an indulgent hot drink featuring layers of thick chocolate, espresso, and cream. Taste it in the ultra-sophisticated Baratti & Milano café in the Piazza Castello. Needless to say, you won’t need dessert. Turin is so dedicated to chocolate that the local tourist office even offers a ChocoPass with possibilities to sample chocolate in all its forms all over the city!

Turin hosts the fabulous Cioccolatò chocolate fair each and is a “must” in the chocolate industry and for connoisseurs. 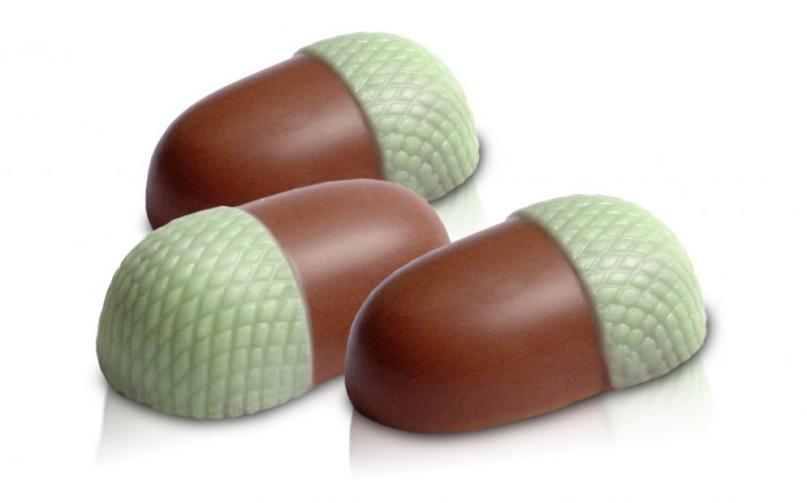 The Tuscan “Chocolate Valley” (with many producers located around Pisa and Pistoia) is where you will find some of the best Italian producers, nearly all artisan small production ones. Roberto Catinari, in Agliana, started his chocolate business 3 decades ago, and apart from being a revered artigiano chocolate master is quite a personality. Paul de Bondt is another choco guru transplanted from Holland to just outside Pisa and is one of the world’s great chocolatiers. Amedei, run by the Tessieri family, has gained near-mythical fame since they came on the scene in the early 1990s. Amedei is the Rolls Royce of chocolates, and their collection of “Cru Chocolates” is top class. One must also mention Mannori, run by the creative Luca Mannori in the town of Prato. One of his many claims to fame is his “Seven Veils” cake, called Setteveli (unbelievably delicious and naughty layer upon layer of chocolate and hazelnut cream). In Florence, a great shop is Vestri, similar to Spain´s fabulous Cacao Sampaka. You can buy unusual chocolates here, along with delicious thick hot chocolate. While there seem to be countless chocolate gems in Tuscany, another last chocolate maker worthy of mention is Slitti, an artisan producer with a beautiful shop cum café in Monsummano Terme.

Modica is one of Sicily’s most special little romantic corners with its abundance of Baroque Churches and Palaces and pretty squares lined with palm trees.  Highlights would include the magnificent Duomo (di San Giorgio), the Chiesa di San Pietro (with its stunning intricately designed ceiling) and countless chapels, churches, monasteries and private palazzos, cobblestoned narrow walkways… Modica is said to have 100 churches! Plan on spending at least a day here to allow for time for chocolate tasting, sightseeing, and fine dining at the superb La Gazza Ladra. Now, about the chocolate….. 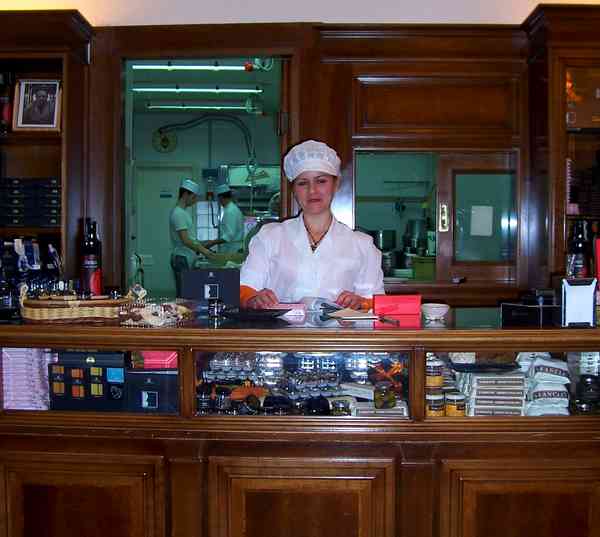 Other wonderful chocolate-making areas include Sicily, wherein the baroque village of Modica chocolate makers still follows the Aztec tradition. L’Antica Dolceria Bonajuto is a legend. The story dates back to 1880, when founder Francesco Bonajuto established the little shop as a patisserie and dessert shop. He used ancient Spanish chocolate recipes brought to Sicily centuries before that, in turn, had been gleaned from Ancient Aztec recipes (“Xocòatl Azteca”). Today, this particular chocolate maker has a major cult following, and some of their handmade products include “Cioccolato all Cannella ed alla Vangilia” (Vanilla and Cinnamon Chocolate), Arabian Orange “Torrone,” ´Mpanatigghi biscotti, delicious Nucatoli (with dried figs), and oh, so much more! Another added element that we love about Bonajuto is that they are an “ethical” chocolate producer.

Another great chocolate producer in Modica is the Laboratorio Dolciario Artigianale Don Giuseppe Puglisi, located on the Via de Naro. They make an excellent range of artisan products, all lovingly packed in gift boxes. Apart from the now-classic Cioccolata Modicana, they also make Mpanatigghie and tasty “Savoy Sweets (“Dolce Savoia”) with almonds and chocolate.