Sherry Vinegar is the son of wine.

Despite belonging to a wide family of quality fruit, wine, malt, and rice-based vinegar, Sherry Vinegar is renowned in the gastronomy world for its intense and complex flavors. Every food professional, from 3 Michelin-starred to trainee sous chefs, knows its great culinary potential. It is used to enhance vinaigrettes, soups, salads, and sauces and is an essential ingredient in local cuisine, Gazpacho being the obvious example. French chefs, in particular, have long regarded the Andalucian Vinagre de Jerez as the only choice for some dishes, and France has been the key market for Sherry Vinegars for many years. Considering the high esteem that Sherry Vinegar is held in, it may be a surprise that its producers used to discard the vinegar, dismissing it as a failed byproduct of Sherry itself. 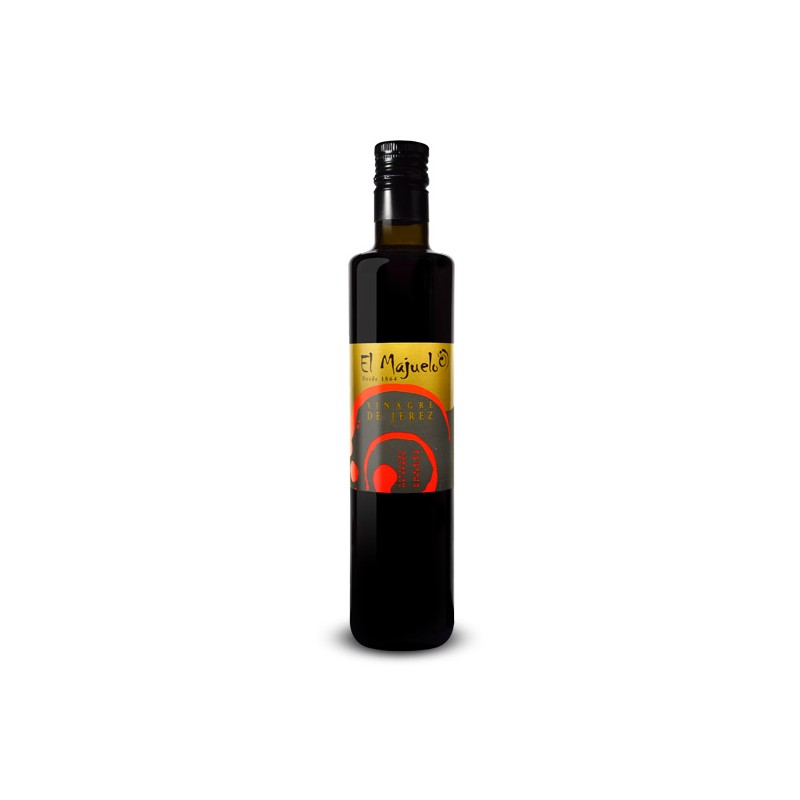 Spain’s credentials as a producer of high-quality wine vinegar are well documented; it is the world’s largest producer of wine vinegar and the Vinagres de Jerez today stands at the top of that quality tree. They are made in Andalusia, southern Spain’s most exotic and enticing region in the famed “sherry triangle,” which lies in the province of Cadiz and includes the quaint town of Jerez de la Frontera itself. Indeed, Andalusia is the land of fortified wines, and without doubt, the best of these is Sherry. The Sherry process has remained the same over the centuries: the local Palomino and Pedro Ximenez grapes undergo a standard fermentation. They are subsequently fortified with grape spirit and then aged according to the Solera system, whereby Sherries from different vintages are mixed and aged gradually. The process undertaken to create the vinegar is largely a mirror of the wine-making system. However, historically Sherry Vinegars were never sold as a gourmet product until the mid-1950s when winemakers realized they could market a superior product (instead of simply giving it away) by aging the vinegar in the same ways as their fine sherries. And so, a new category of vinegar was born.

How Sherry Vinegar is Produced

The Sherry Regulatory Council strictly controls the method by which Vinagre de Jerez is made – the vinegar is held in such high regard that it is legally protected as a designation of quality or D.O (appellation). The process starts with the newly fermented wines being exposed to a secondary fermentation process, whereby acetic acid bacteria turn the wine into vinegar. The vinegar must then be aged in American oak under the D.O guidelines. These barrels will have been used to produce Sherry; over time, the vinegar from different vintages is blended to create a fantastic end product. The final product must have a minimum of 7 degrees acidity, and many examples are aged up to 30-50 years, resulting in a deep flavor, dark color, and a lovely soft texture. Indeed, a vinegar for gourmets!

Of course, Sherry Vinegars are not homogenous, and various styles are produced under their appellation guidelines. They vary according to the length of barrel age, similar to the traditional Rioja Crianza, Reserva, and Gran Reserva classification. The standard Vinagre de Jerez only needs a minimum of 6 months, but the Reservas tend to have over two years and the Gran Reservas between 10-20 years. Some have much more extended periods! They will also vary depending on the grapes used in the wine; Palomino vinegar, for example, tends to be more savory than the sweet Pedro Ximenez vinegar.

The following are some top-notch producers of Sherry Vinegars: