Pedro Ximénez (PX) is responsible for producing some of the sweetest, most gloriously hedonistic dessert wines available today. In Jerez de la Frontera, grapes are left to raisin on grass mats for many days, concentrating the sugars to mouth-coating levels. These potent raw materials are then transformed into PX sherry, a category with over 450 grams of sugar per liter. Should we assume, therefore, that the style is a complete anathema in an increasingly health-conscious age? 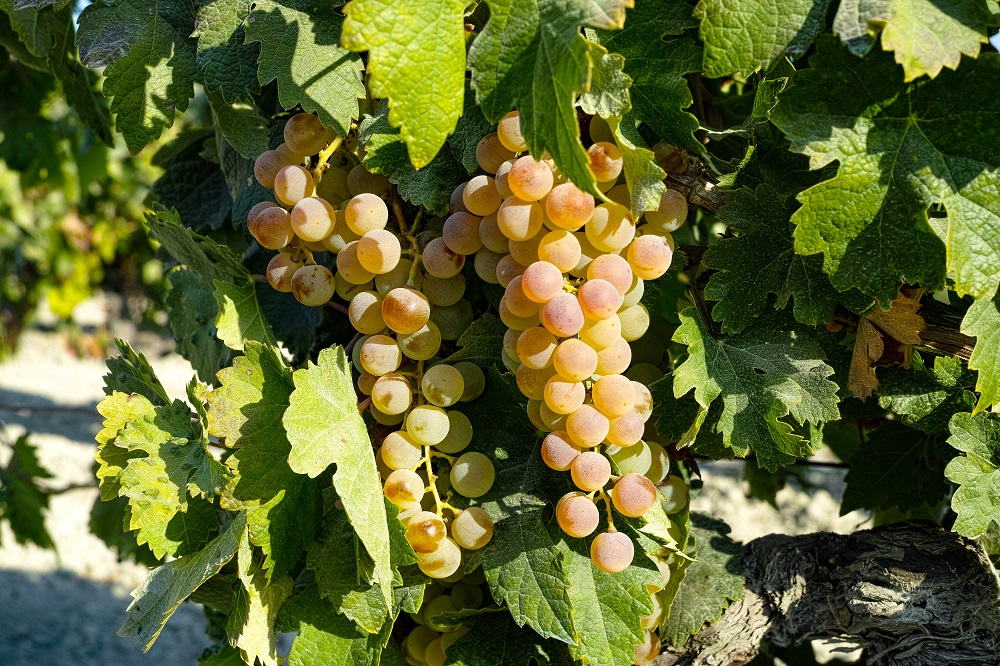 It is certainly true that the moderation trend has found favor with Millennials fixated on their health and fitness regimes. Yet sherry has also enjoyed a revival in the trendy wine bars of London and New York, with a new generation of wine lovers discovering the charms of fortified wine. PX sherry can play a key role in this unfolding story. It offers historical credentials and the ability to work as a dessert wine; PX is also a useful ingredient in a range of Spanish culinary delicacies. Moreover, the grape is a unique and important part of Spain’s viticultural history. It has a fascinating story to tell.

It was once widely rumored that the white grape Pedro Ximénez was brought to Spain by a merchant from the Netherlands, blessed with a very similar name. However, every serious viticulturist has debunked this story, underlining the grape’s need for a very warm and dry climate – hardly conditions that define summers in northern Europe! It is far more likely that Pedro Ximénez is indigenous to Andalucia’s dramatic landscape, cultivated to produce sweet fortified wines. PX sherry is an aromatic, unctuous, and darkly colored dessert wine like no other.

The fortified wine known as sherry developed due to various factors, including the cool chalky terroir of Jerez de la Frontera, climate, politics, and, above all, people. The area has hosted vines since the Phoenicians established an outpost in the western Mediterranean, a practice enthusiastically adopted by the Romans. After the Moors invaded Andalucia in the 8th century, they passed on their knowledge of distillation and concentration of grape juice (must) – two advancements that helped the emergence of styles like PX. Towards the end of Muslim rule, the second Caliph of Cordoba ordered the destruction of sherry vineyards to prevent them from falling into enemy hands. However, he relented after the inhabitants of Jerez begged him to reconsider.

Sherry’s big moment came in the 13th century after the Spanish monarch Alfonso X of Castile reconquered the city and forced the Moors to retreat into the Andalucian interior. Alfonso greatly helped to promote sherry in Europe, encouraging exports of this fortified drink and promoting its virtues to the aristocracy of France. Meanwhile, England’s relationship with sherry began amid a major conflict with Spain; Francis Drake sacked the port of Cadiz in 1587, returning home with several barrels of fortified wine given to Queen Elizabeth as a gift. The British subsequently played a major role in the category’s expansion after many families emigrated to Spain to found sherry houses in the 19th century.

Tragically, the vineyards of Jerez were devastated by the phylloxera epidemic that tore through Spain in the late 1800s. Many families abandoned their livelihoods to the louse, only returning after a major re-grafting program was initiated. Sadly, many PX vines were not replaced during this period, which is one of the reasons why it accounts for less than 5% of the total vineyard area in Jerez today. As it happens, most of the acreage is found in Montilla-Moriles, a wine zone located south of Cordoba. There are also small parcels to be discovered in Valencia, Extremadura, and the Canary Islands.

Today there are approximately 8,900 hectares of PX vineyards in Spain, although there has been a decline in recent years. This may solely be attributed to falling demand for sweet wines, as the variety is not particularly difficult to grow. Pedro Ximénez requires a dry climate and calcareous soils, both of which are abundant in Jerez de la Frontera and southern Andalucia. If the vintage proceeds without incident, the vines will yield good-sized bunches full of ripe berries with thick skins. Moreover, PX is renowned for delivering a uniform crop and is not susceptible to coulure and millerandage.

However, there are no easy rides with any grape variety. Pedro Ximénez is unfortunately prone to developing fungal diseases such as peronospora and bunch rot during the occasional bout of inclement Andalucian weather. Rain at harvest time, again not a frequent occurrence, can lead to outbreaks of the botrytis mold, which is not desirable when fortified wines are being produced. The vines are also susceptible to oidium, esca, and eutypia. Nonetheless, sufficient ventilation and air circulation through the canopy can help to offset the risk dramatically. Overall, it is a rare vintage where sherry producers cannot access a good crop of ripe and healthy PX grapes.

Sherry is often compared to port, an iconic fortified wine made in the spectacular Douro Valley. Yet this can be misleading: the original purpose of fortifying port with spirits was to stabilize wine for travel, later evolving into fortification during fermentation. In contrast, most sherry is fortified once the fermentation is complete, raising the alcohol level a modest few degrees; but the key exception is Pedro Ximénez, which is fortified while a great deal of residual sugar remains in the wine.

The process required to make PX sherry is long and complex. The hard work starts in the vineyard, harvesting ripe grapes of potent flavor, low acidity, and high pH. Unfortunately, Pedro Ximénez makes very weak table wines; the variety is only really suited to the production of fortified styles due to its tendency to yield juice with low acidity.

After the harvest, the bunches are traditionally left on esparto grass mats for 15-20 days, desiccating the grapes in the warm Andalucian sun. As a result, the berries lose much of their water content while residual sugars and acids are concentrated. When the sugar level reaches about 500 grams per liter, the raisened berries are pressed, releasing a very sweet dark must. This juice is then fermented until the winemaker judges it is time to add pure grape spirit, fortifying the sweet wine to about 15% ABV. Finally, the lees are removed via filtration, and the wine is placed into the time-honored sherry maturation system using old American oak barrels.

In many ways, the methodology involved in crafting PX sherry mirrors that of its dry counterpart. Like all sherries from Jerez, vintage PX wines are aged for a relatively short duration before the solera blending can begin. The solera system is a fascinating part of sherry’s longstanding wine culture; it ensures consistency of style and quality by blending young wines with mature examples over three to four years. A series of barrels are stacked on top of each other – the oldest is at floor level, with young wines stored at the top (there are usually four levels).

When the winemaker is satisfied, the oldest sherries will be drawn off from the base-level cask. That barrel will then be replenished with younger wines from the cask that sits directly on top, repeating the process until we reach the youngest (and highest) wood barrel. This wonderful system allows younger wines to refresh each cask on the way down, albeit no more than a third of the wine will be drawn off at a time. This way, immature wines quickly take on the depth of complexity of older wines to which they are added. In this regard, PX is no exception.

But there are also key points of difference. Unlike fino sherries, the winemaker will not encourage flor (yeast) cells to develop a fine layer over the fortified wine, protecting it from oxidation. Moreover, the maturation process for PX differs as the wines are denser; they do not interact with the interior of the cask in the same way; hence their evolution is slower, and therefore the blending stages will take longer. The finest cuvées may be aged for several decades before they are sold. A curious feature of PX sherry is that it loses alcohol as it ages. For that reason, the sherry may be refortified before it is bottled. They are among the most decadent and complex dessert wines being made in Europe today.

The sweet, dark nectar we call Pedro Ximénez is not exactly the height of fashion in many parts of the world. And yet, there has been a keen revival in Spain, as younger consumers learn to love the historic “vinos generosos” from Andalucia. Sherry is arguably the greatest and the most renowned of these ‘generous’ styles; however, there are also more esoteric treasures to discover in the wild topography of southern Spain. So, if you seek a true point of difference, you should delve into the mountains of Andalucia. 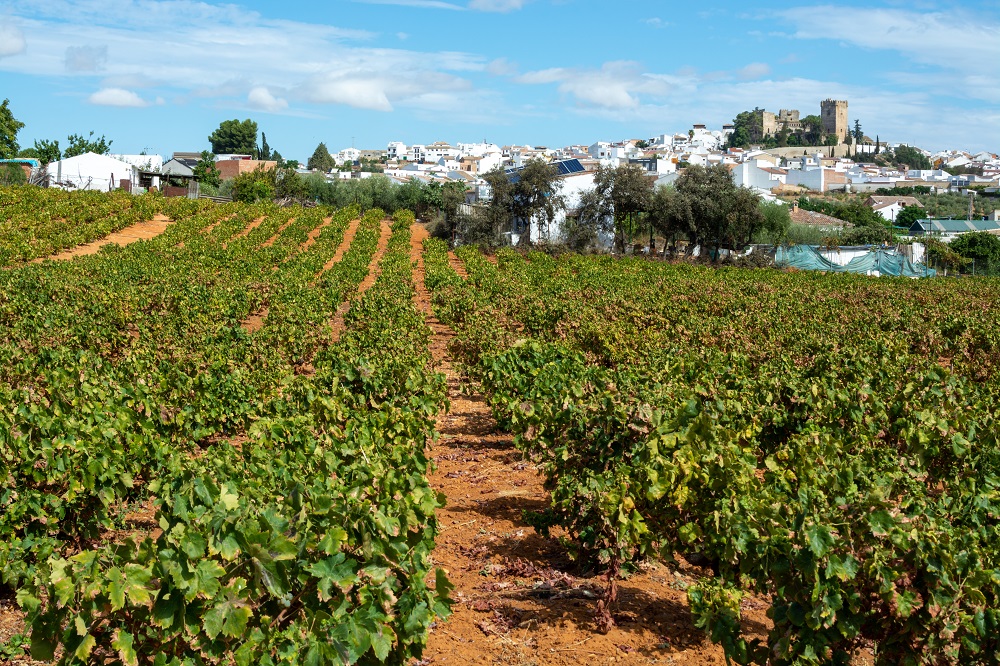 Montilla-Moriles’ close-knit community of winegrowers will tell you as much. Just south of Cordoba are ancient vineyards planted on calcareous terroir, known locally as albariza. Baked in the mid-day sun, Montilla’s growers have long exported their powerful PX musts to the bodegas of Jerez, where they have either been used to make blended cream sherry (a favorite of the English) or standalone fortified wines.

Yet the region’s abundance of high-altitude sites, combined with the extreme climate, encourages more growers to bottle their versions rather than send grapes to their neighbors. According to the Montilla-Moriles DO rules, they must be aged for two years – the wines are not fortified with the addition of spirit. In addition, the best estates will age their PX sweet wines for far longer than the legal minimum.

The best examples of these long-aged Pedro Ximénez wines have no equal in Spain. They reveal themselves immediately during a blind tasting; the signature scent of raisins and deep mahogany color will betray the wine’s provenance. Indeed, you cannot imagine any other wine being as opaque and dense as PX. Swirl the glass and inhale that gorgeous perfume: aromas of raisins, dried figs, and dates. The impression on the mid-palate is extraordinarily rich and concentrated, with caramel, coffee, and vanilla flavors. The most wonderful aspect of these wines is their ability to mature in bottle, transforming the fruity character of raisins into a mosaic of complex tertiary notes. The raisin-like flavors literally ‘melt’ into the wine during oak aging, producing a smoothness and depth that is not easily replicated.

So just one question remains: how should we approach these incredibly unctuous and potentially tooth-rotting wines? The cliché is to serve PX with chocolate desserts, a pairing that does work very well. But unfortunately, the awesome intensity of high-quality chocolate overpowers most sweet categories, particularly Sauternes. Pedro Ximénez, though, can easily handle anything you throw at it, from chocolate soufflé to toffee apples.

Nonetheless, the style is unlikely to ever become a massive global favorite in a somewhat puritanical age; can we imagine PX winning over health-conscious Millennials who jog five hours a day before breakfast! But as an occasional indulgence, there is reason to throw caution to the wind. Be warned: those with a sweet tooth are bound to fall in love. Pedro Ximénez takes few prisoners, and we make no apologies for that!