What is it that’s so special about white wines from Sancerre?

If one change has dominated the last 40 years, it is undoubtedly shifting emphasis from place to grape. In Europe, the name of a wine, with few exceptions, was its place of origin. The New World saw things very differently; in Australia, New Zealand, Chile, South Africa, and the US, grape varieties were made the universal key. This fact alone has dramatically altered how many enthusiasts engage with wine. The Loire Valley understands this only too well. For hundreds of years, Sancerre [pronunciation: saan·sehr] was the model for fragrant and refined Sauvignon Blanc, grown in ideal conditions along the Loire River banks. However, in the 20th century, growers could only watch as their birthright, as they saw it, was challenged and usurped by nations like New Zealand, who always display the grape variety on the label. Sancerre, anchored by proud traditions and appellation customs, saw no need to advertise its signature variety. It was taken for granted that white Sancerre was 100%, Sauvignon Blanc. Unfortunately, this has unwittingly enabled New Zealand and other countries such as Chile to gobble up France’s market share and install themselves as benchmark growers of pungent, gooseberry-scented Sauvignon. Ironically enough, the grape’s aficionados may not even realize that Sancerre has been in the Sauvignon business for centuries. But despite the proliferation of excellent wines from across the New World, few would argue that Sauvignon Blanc does not reach its apogee in the vineyards of Sancerre. Over 2,500 hectares of vines are planted in the appellation, located at the eastern end of the lower Loire Valley, southeast of Orleans. A majestic sea of vines stretches along the west side of the river bank – planted at very high densities, and the best Sancerre is both concentrated and racy, a testament to the area’s exceptional terroir. 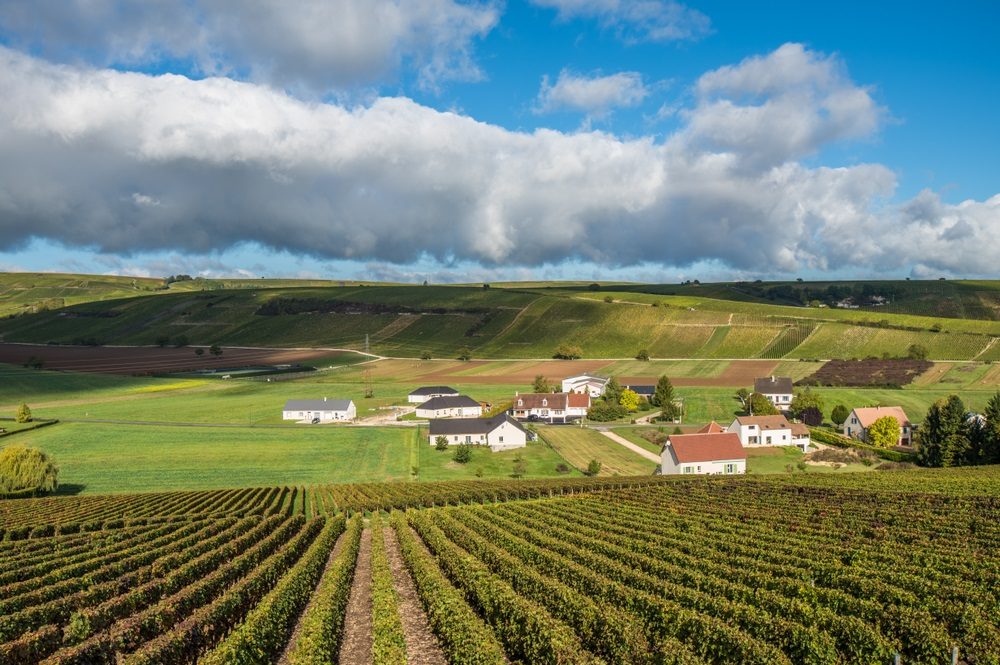 This terroir has been cultivated for many, many centuries. Although the zone was awarded appellation status in 1936, vines had been grown along the Loire Valley since the 1st century AD – the Romans were responsible for creating France’s love affair with the grape. As Sancerre prospered under the Duchy of Burgundy’s control, the aromatic wines from the region started to find a willing audience across France. The introduction of the railway in the 19th century only broadened Sancerre’s appeal, allowing the wines to be easily transported to the restaurants of Paris and beyond.

With Cellar Tours, you can explore the wonders of Sancerre Wines on an exclusive private wine tour.

Today, no self-respecting wine list or merchant can omit Sancerre. You may ask why?; the world is full of brilliant examples of the Sauvignon Blanc grape, not least from New Zealand’s Marlborough region. Yet, there is magic in Sancerre that is rarely, if ever, replicated. The magic occurs in the vineyard: the finest sites are planted on well-drained limestone and clay soils, grown in a continental climate. In certain years, growers achieve flavors as highly valued as any on earth. This ubiquitous grape, grown promiscuously across the world, manages to outclass the competition in this corner of France. Although success is by no means guaranteed – lazy producers exist in Sancerre, as elsewhere – Sauvignon Blanc can produce exceptionally refined and complex wines here. Over 13 villages and three hamlets have the right to produce Sancerre. Although the growing conditions are broadly similar – calcareous soils, merged with cold winters and warm summers – conditions naturally vary somewhat. Sancerre’s terroir’s mainstay is the so-called ‘terre blanches’ – white limestone soils with a large percentage of clay. These tend to produce the most structured and age-worthy wines of the appellation. Such soils are predominately found in the west of the region, while the slopes across the river from neighboring Pouilly and the east of the town tend to have a higher proportion of ‘silex,’ which is clay-flint. The differences can be subtle or very noticeable; Sancerre varies from full-bodied and concentrated to delightfully fragrant and softly structured. This is far from a homogeneous white wine style. 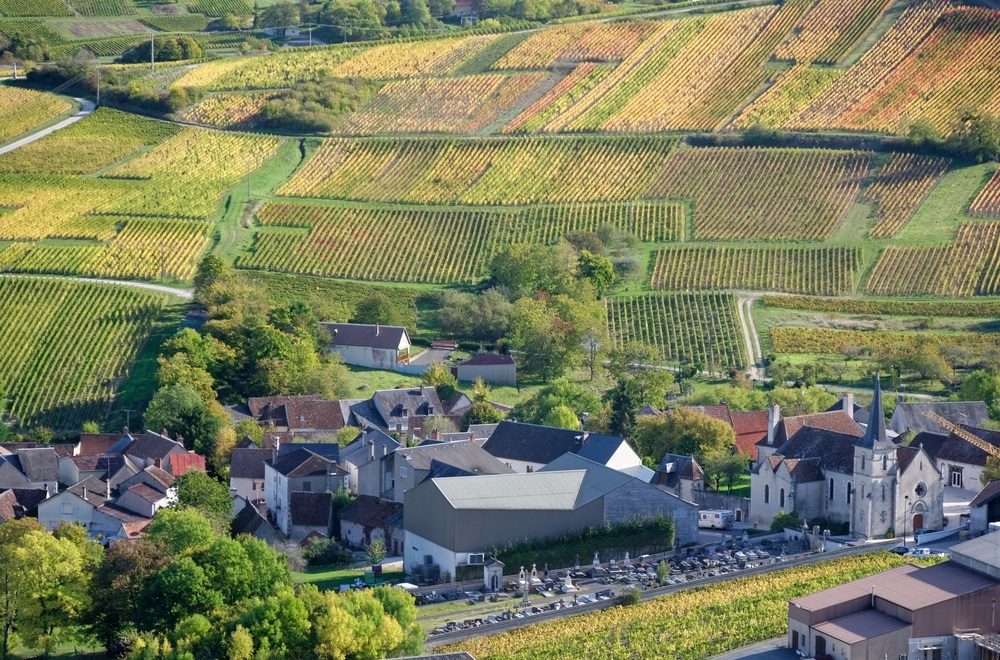 Yet, it is useful to broadly define the key characteristics inherent to a beautiful glass of Sancerre. Sauvignon Blanc’s signature scent is, of course, gooseberry. The world has fallen in love with its directness, its ability to dominate and seduce your palate. Sancerre takes this arguably hackneyed quality and amplifies it tenfold. The best Sancerre is crammed with flavor and intensity, and yet it is quite different from a typical glass of Marlborough Sauvignon. The fruit will be more refined and multifaceted – tropical notes are only found in the warmest of vintages, unlike New Zealand. The texture should be sublime and the finish exceptionally long. However, oak is rarely employed in Sancerre to add mouthfeel and flavor. Indeed, winemaking practices in Sancerre have scarcely changed over the past 100 years. Visit a typical producer, and you’ll see what we mean. Except for the large firm Domaine de Ladoucette and a few cooperatives, Sancerre is the land of family growers and humble establishments. There is rarely expensive equipment or new French oak barrels resting in the cellar. However, there is expertise in abundance. After pressing and juice settling, the wines are typically fermented in stainless steel or concrete. To preserve Sancerre’s wonderful freshness and signature minerality, malolactic fermentation is often avoided. The wines are sometimes bottled without filtration in the year after the harvest – or sometimes before. The best examples will develop in the bottle for many years, taking on flavors of buttered toast, lanolin, and stone fruit. Unless we’re talking about the rarely seen late-harvest dessert wines, Sancerre is always bone dry.

Of course, there are always winemakers who wish to vary the formula and challenge the orthodoxy. Didier Dagueneau, Vincent Pinard, and Alphonse Mellot are the key pioneers, emphasizing restricted yields and experimentation with new oak. Their results indicate that Sancerre, like white Bordeaux, can sing if the oak is judiciously unemployed. Instead of smothering the fruit, it adds another dimension to this wonderful wine. Nevertheless, any serious grower will tell you – often ad infinitum – that in the end, it all comes down to terroir, terroir, terroir. Does Sancerre boast a Grand Cru? Are there some vineyards that qualify for Premier Cru status? Officially, we will probably never know. The region has avoided going down the terroir classification route, as exemplified by Burgundy. Unofficially, insiders will tell you that two of the best sites in the region are the pebbly, calcareous ‘Chene Marchand’ in the village of Bue and the ‘Monts Damnes’ in the village of Chavignol. Provided the grower is committed to quality, wines produced from these vineyards should be incredibly refined, structured, and complex. 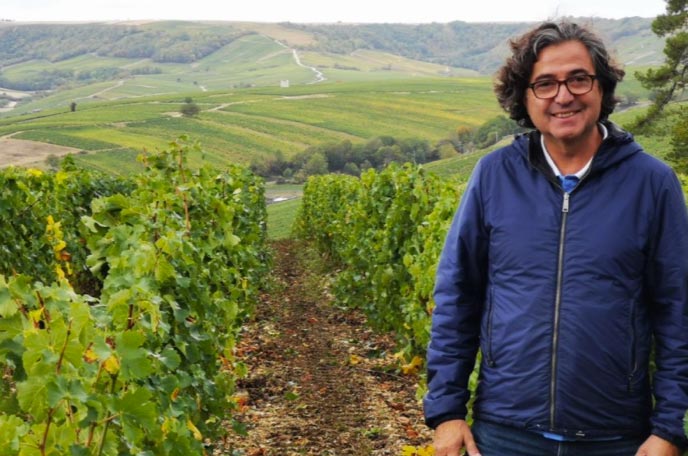 There is another secret that is rarely shared by the vignerons of Sancerre. The best bottles from the region are not necessarily based on Sauvignon Blanc. This is the mainstay; however, some growers also have a passion for red. A small percentage of Pinot Noir and Gamay are planted in Sancerre, and the latter used to make a seductively scented velvety rose. The Kimmeridgian clay/limestone marls found in certain parts of Sancerre are ideally suited to the cultivation of Pinot Noir, that most fussy of grapes. The best examples invoke Volnay or perhaps a Beaune Premier Cru. The aroma, mouthfeel, and crisp red fruit suggest that this glass ‘must’ be from Burgundy. Sometimes, the most ambitious producers beat the growers of the Cote de Beaune at their own game. The only key difference is the price – red Sancerre rarely commands the same premium as top-end Burgundy.

The region, full of beautiful villages and sweeping views of the Loire River, is an absolute joy to visit. Not least because the area is full of superlative gastronomy and world-class restaurants, this raises the endless possibilities of a perfect Sancerre and food pairing.

White Sancerre proves, categorically, that white wines work far better with many kinds of cheese. Crottin de Chavignol and Sauvignon Blanc were made for each other. It’s a marriage that cannot fail; the acidity cuts through goat’s cheese with aplomb, while the flavors are a match made in heaven. St Marcellin is another favorite pairing. Seafood, naturally, is another faultless choice. Freshwater fish such as perch and trout belong in the same space as Sancerre. Again, the minerality and vibrant acidity of good Sancerre enables the style to enhance such a wide variety of culinary delicacies. Red Sancerre is often served with duck or perhaps poultry. It seldom disappoints.