The 1855 Bordeaux classification: the creation of an elite

In 1855, the Bordeaux Chamber of Commerce took an unprecedented step that would transform the Medoc region’s fortunes. After much debate and disagreement, it was decided that the area would benefit from a formalized classification. The impetus was the upcoming Paris Exhibition – the Bordeaux establishment wanted to fly the flag and promote the region’s best wines to the Parisian elite. The brokers of Bordeaux – professionals who acted as advisers and middle-men between properties and merchants – were duly summoned and told to devise a formal hierarchy. Their endeavors produced the now legendary 1855 framework, which classified certain properties as First, Second, Third, Fourth, and Fifth Growths. 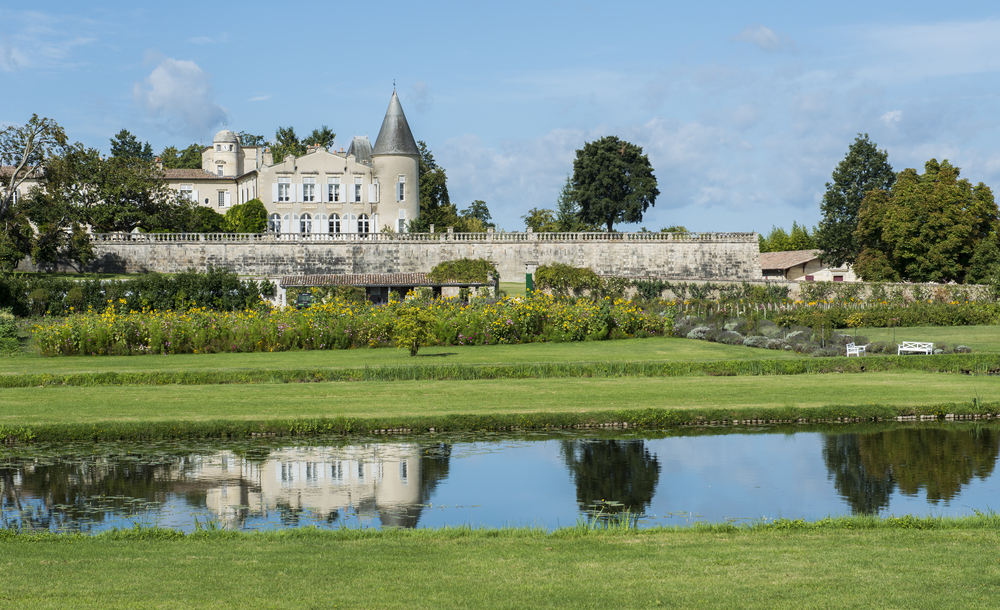 In all, a total of 61 Bordeaux chateaux were included in the 1855 Bordeaux classification, which has remained (almost) unchallenged. The brokers’ criteria were simplicity itself – a chateaux’s place in the hierarchy was totally dependent upon the prices obtained for its wine. An objective assessment of wine quality hardly came into it; if your vintages could sell for a high price, then you would be assured a lofty position in the world’s most famous wine ranking.

Join Cellar Tours for a Private Luxury Wine Tour of the best Bordeaux vineyards, dine in the top local restaurants and your own private chauffeured Mercedes

In 1885, just four properties were classified as Premier Cru – Chateau Lafite, Chateau Margaux, Chateau Latour, and Chateau Haut-Brion. The last estate was an anomaly; Haut-Brion is located south of the city of Bordeaux in the Graves region and therefore was technically outside of the classification’s remit. However, the brokers argued that no respectable hierarchy could omit this iconic winery, which had already cemented a formidable reputation across Europe and was fetching impressive prices for its wines. So Haut-Brion was included and to this day remains the only 1855 classification chateau situated outside of the Medoc.

But even after more than 160 years, the 1855 Bordeaux classification is utterly intransigent and impervious to calls for change, amendments, and promotions/demotions. There has been one notable exception – the promotion of Chateau Mouton-Rothschild from Second Growth to Premier Cru. The effort required to achieve this change was monumental; the late owner Baron Philippe de Rothschild, spent an inordinate amount of time and money convincing the authorities that Mouton was making Premier Cru grade wine. The baron achieved what no other estate had managed in 1973, when the minister of agriculture, Jacques Chirac, finally agreed to elevate Mouton to the ranks of First Growth. The baron’s triumphant response can be quoted by every Bordeaux aficionado on the planet: “Premier je suis. Second je fus. Mouton ne change.”

Indeed, the politics of challenging such an important and globally-recognized ranking system are formidable. It is often said, only half-jokingly, that there would be blood in the streets if the authorities agreed to a reassessment after more than 160 years. Naturally, properties at the bottom of the list are enthusiastic supporters of such a revision, while Lafite and Latour are very content with their place in the classification. But does the 1855 project reflect the true worth of every estate? That is almost an unanswerable question, fraught with personal bias and endless subjectivity. Nevertheless, indeed, the market price does not always mirror a chateau’s official ranking. For example, Chateau Lynch Bages (a ‘mere’ Fifth-Growth) is routinely considered far superior to the Second-Growth property Brane-Cantenac.

As a result, the release price is usually in-line with the markets’ perception rather than its official classification. Lynch Bages typically costs far more than several Second and Third-Growth chateaux in the Medoc. Chateau Palmer was classified as a Third-Growth estate in 1855, but consumers will pay a very high price for a wine considered to be Chateau Margaux’s ‘second in line.’ Time, modern sensibilities, and the realities of globalized markets have eroded the importance of the 1855 ranking, to an extent.

Moreover, St-Emilion has provided a painful reminder of the downsides of democratizing an official wine ranking, particularly when the stakes are this high. Their four-tier ranking, being of much more recent devising, is required to be updated every decade. The obligation is taken very seriously, and chateaux are both promoted and demoted. Unfortunately, the promotion of certain properties during the last revision ignited massive controversy – the expensive and damaging court cases and recriminations continue to haunt the region. 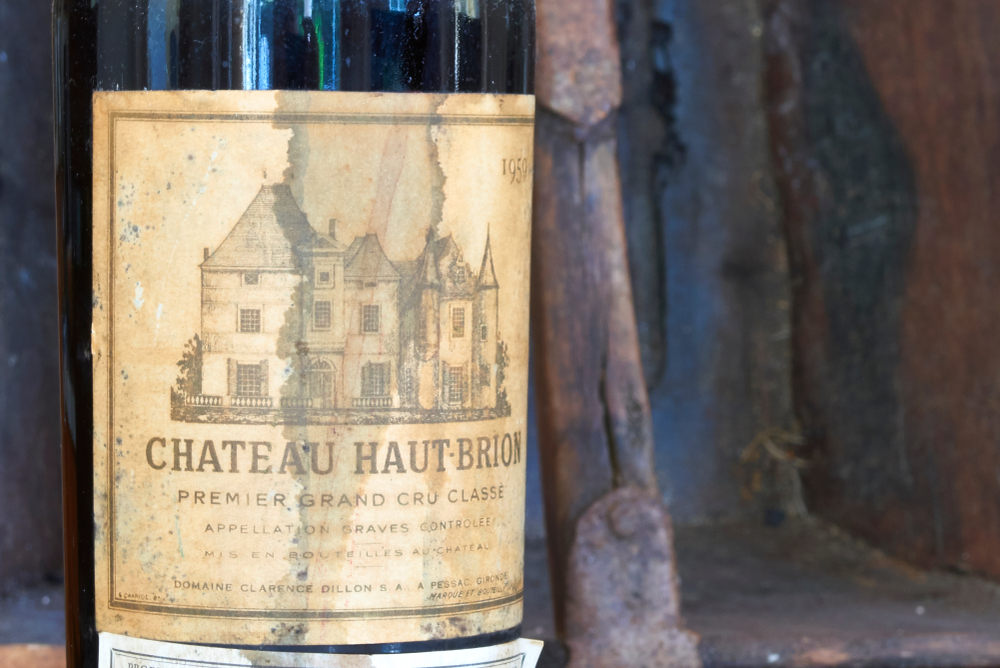 However, no critic or collector would seriously suggest the four estates initially selected for “First-Growth” status – later joined by Mouton-Rothschild – were unworthy of their place at the top. Neither would any rival (probably) dare to challenge their Premier Cru status today. Three of the chateaux are located in Pauillac. One is in the Margaux region. Finally, Haut-Brion is in Pessac-Leognan; these five continue to make inarguably the finest wine in the Medoc and Graves. The classification is set in tablets of stone and has been a wonderful PR tool for the famous five. Would Lafite and Latour have fetched such impressive prices throughout the 20th century – and become global icons of luxury – if the 1855 project had never gotten off the ground? It seems unlikely.

Yet, there are certain facts about Bordeaux’s foray into this strictly defined world of hierarchies that deserve to be known. For a start, the 1855 list was not the first time the brokers had devised a ranking of Bordeaux estates. It was actually the latest in a series of legally unrecognized classifications, designed by brokers and merchants to help them sell wine. Their authority to devise these top-to-bottom lists was called into question. However, the commercial advantages meant that they were never really challenged. The brokers had been creating and formulating estate hierarchies since the mid-18th century and everyone presumed that the 1855 project would continue to be a work in progress. But instead of functioning as a commercial prop for the wine trade, the 1855 ranking became the definitive benchmark of an estate’s ‘worth,’ as opposed to an evolving hierarchy as was originally conceived. It is also unique in France. Only Provence ever flirted with the Bordeaux model; in 1955, 23 wine estates – now 18 – were awarded a ‘Cru Classe’ designation based on their perceived superior status.

So it will undoubtedly come as a shock to learn that a French court once ruled that the 1855 classification was not immutable and could be revised. Unfortunately, legal rulings had to give way to commercial influences and the balance of power in Bordeaux. Although, in theory, it could be possible to challenge the ranking, there are too many vested interests at stake for this to be easily accomplished – if at all.

It is also an endeavor ‘programmed’ with one major flaw. In Burgundy, it is the terroir that is classified, which actually makes more sense. Terroir is (in theory) immutable and of the utmost importance, whereas chateaux can change hands, and quality can, therefore, rise or fall. However, the Bordeaux establishment clung to the notion that a brand’s pedigree and history was more important than terroir quality. To this day, that view is widely accepted. If Lafite purchases a neighboring property with inferior terroir, they can still theoretically vinify all the wine and market it as the Grand Vin. In a sense, the classification ‘rewards’ and ‘punishes’ properties that may be in a state of flux. Chateaux are brought and sold, parcels of vines are exchanged – traditionally with great commonality. Yet their status remains unaffected, even if the wine quality falls. Many traditional buyers still use the ranking system as a means to judge whether the asking price is reasonable, ignoring the realities of a region where nothing stands still, apart from the 1855 classification!

Nevertheless, in a digitalized and democratized world, it is also arguable that the importance of the 1855 Bordeaux ranking has diminished. Modern consumers source their opinions from a wide variety of sources, not least their peers. The new generation of Bordeaux collectors and sybarites may find a social media fuss – or a friend’s rave review – far more important than an anachronistic ranking devised in the 19th century. The First-Growths will always be deserving of the highest adulation in the eyes of many critics. Still, younger consumers will probably look beyond the classification when making their final judgment.