What is Marsala Wine and Where Does it Come From?

Sicily represents Italy’s most exciting winemaking frontier. After a long period of stagnation and over-production, this gorgeous Mediterranean island is making waves. It has attracted investors like Andrea Franchetti – the owner of Tenuta di Trinoro in Tuscany – who seek growing conditions unlike anywhere else in Europe. Sicily is as rich and diverse culturally as it is viticulturally – the sheer variety of terroirs and micro-climates suggests a continent, rather than an island. It offers unparalleled opportunities, although the full realization of Sicily’s potential is only just beginning.  Yet, in a sense, the island’s status as a leading producer of fine wine is old news. For centuries, Sicily has been making a distant cousin of Sherry. It is made in the town of Marsala in western Sicily, which gives its name to this unique wine style. Capable of aging for many, many decades, Marsala [pronunciation: maar·saa·luh] has been famous since the days of Admiral Nelson, the 18th-century British sailor who made Marsala an obligatory part of the Royal Navy’s cultural framework. An invitation to the officers’ mess could not be refused; neither could a glass of pungent fortified wine from Italy’s most enchanting island. Taste this wonderful wine on a Private Luxury Wine Tour of Sicily. 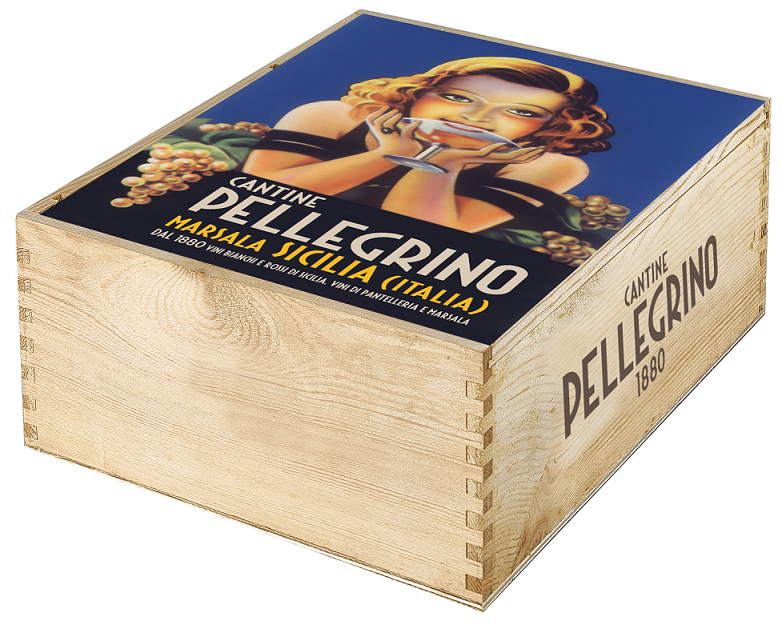 Marsala owes much to the entrepreneurial spirit of British merchants in the 1700s. In that century, Liverpool-born John Woodhouse was the UK’s most famous wine merchant. He was responsible for popularizing fortified wine icons like Sherry and Port in the UK, ensuring that the upper classes regarded a glass of Port as an essential hallmark of sophistication. In 1773, Woodhouse discovered a powerful wine style being made in the town of Marsala. He decided that this could become a lucrative money-spinner and so purchased several barrels. However, for the wine to survive the long journey to England, the wine was fortified with brandy. And so a legendary style was born. 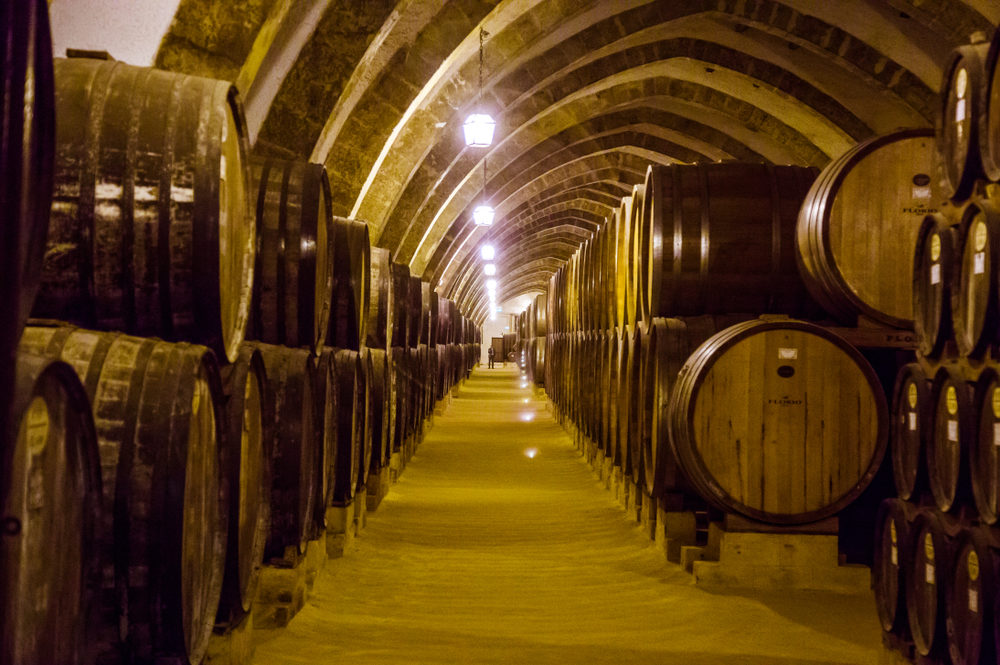 Of course, Marsala had been produced for centuries before Woodhouse arrived in the 1700s. Sicily’s growers cultivated a broad palate of indigenous varieties, some of which were made into a local wine style called ‘vino perpetuo’ or everlasting wine. The production methods were similar to Sherry; older vintages were blended with younger wines in the cask to maintain a consistency of style and quality. Allowed to gently age and oxidize over many years, the wine was often sweetened with ‘mosto cotto,’ which is ‘cooked’ unfermented grape must.

Napoleonic Wars that kick-started the international demand for Marsala wine

However, until the British arrived, Marsala would have never contained spirit. The next generation of the Woodhouse family made a return visit to Sicily in 1787, determined to expand the market for this delicious wine style. Yet, it was the Napoleonic Wars that kick-started the international demand for Marsala wine. After Lord Nelson purchased a large quantity of Marsala, it inevitably became associated with naval tradition. This custom spread to wealthy households in the UK, and before too long, Port and Sherry had a serious rival.

Sadly, Marsala’s reputation hit rock bottom in the 20th century. Although Port and Sherry have both suffered from changing habits and evolving fashions, Marsala has struggled to regain its former cachet. The style was awarded its own DOC (appellation) in 1969, but unfortunately, the damage had already been done. Today, even aficionados of Port and Madeira regard Marsala as little more than a kitchen standby.

So what happened? As is so often the case, Marsala was no longer in vogue by the mid-20th century. Growers responded by cheapening their product; higher yields; less care in the winery; large amounts of chaptalization with cane sugar before bottling. As a result, Marsala’s new image was forged: heavily-sweetened plonk suitable only for cooking. A few quality-minded producers attempted to fight back and remained determined to make traditional Marsala for discerning palates. Nevertheless, their efforts were not generally recognized.

But there is hope. In the 20th century, Marsala seemed to be in the deepest of doldrums, but enthusiasts are slowly waking up to its charms. The top brands continue to release bottles of Marsala, which pay homage to this wonderful fortified wine style. Yet what ends up in your glass can vary enormously.

In fact, not all Marsala is made as a fortified wine, although most are. There is no catch-all definition of fortified wine, except that the alcoholic strength was increased by the addition of grape spirit at some stage in its creation. In Sicily, this usually happens after fermentation has occurred. Growers have up to ten grape varieties at their disposal, including the ubiquitous Catarratto, Grillo, Inzolia, Nerello Mascalese, and Damaschino. These are grapes that will probably never leave Sicily – save occasional experimentation – imbuing Marsala with a flavor profile that cannot be replicated. After fermentation and blending, the wine is fortified with spirit – and quite often sweetened – either with partially fermented grape juice or heated must. After that, the winemaker has numerous possibilities open to them. However, some owners prefer to fortify during the fermentation process. Others refuse to sweeten their wines before bottling.

Indeed, Marsala comes in all shapes and guises, ranging from relatively young wines to bottles released after more than 25 years. Some growers prefer to market young wines, known as fine (one year) or Superiore, which are matured for two years before release. Others specialize in making superior riserva styles (four years age) and vergine/soleras, which are matured for a minimum of five years in wood barrels. The top category is vergine or solera stravecchio. These beautiful examples will have been aged in barrel for at least a decade.

Marsala is also subject to a curious classification system not seen in other fortified-producing regions. The color and sugar content will be graded as ‘oro,’ ‘Ambra’ and ‘Rubino’ respectively, which describes the wine’s hue, ranging from deep golden to pinkish red. Like German and Austrian wine culture, Marsala’s producers also grade their wines according to sugar content. The categories are; secco (dry), semisecco (semi-sweet), and dolce (sweet).

Contemporary versions of this noble fortified wine can be magnificent, or they can be a depressing reminder that lazy outfits still churn out overly-sweetened, boring wines. In that sense, Marsala is arguably the most polarized of all the great Italian wine styles. Leading firm Buffa has shown a remarkable commitment to promoting high-quality Marsala, as has Pellegrino and Bartoli. The latter prefers to work outside of the DOC framework for some of its top labels, including Vecchio Samperi and Vigna la Miccia. Vecchio Samperi is probably our favorite example of Marsala. It is a love letter to the styles of wine made before the practice of adding grape spirit became commonplace. A racy and complex unfortified wine, its heady aromas are exquisite and addictive. Aged in soleras for a long period of time, Samperi offers up notes of almonds, orange blossom, cinnamon, chocolate, and damson in the glass. Full-bodied and complex, it could occupy any space left by the best Port and Sherry wines. The sons of the former owner, Marco de Bartoli, also make a fantastic label called Ventennale, which is a blend of young and old vintages. Their DOC Marsalas are no less impressive. For a time, though, Bartoli almost stood alone. 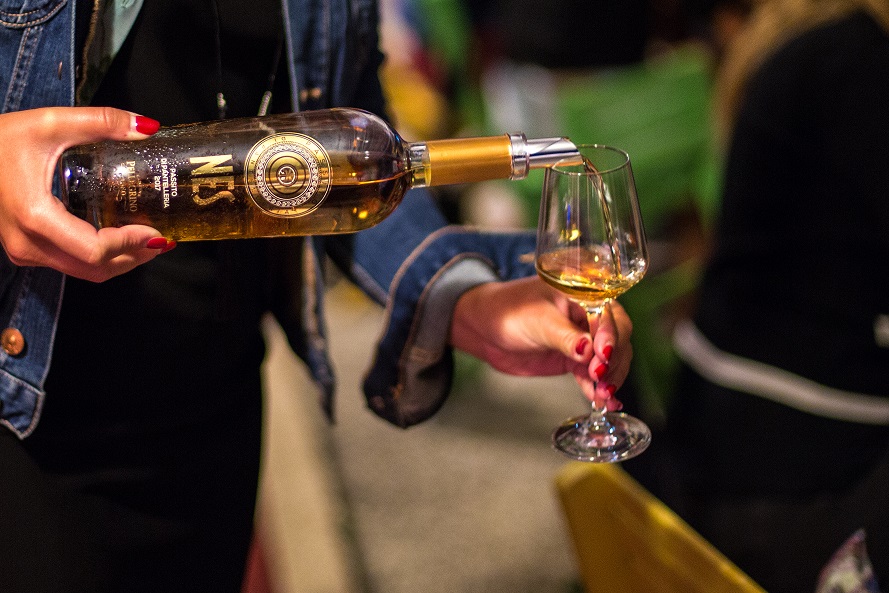 Thankfully, a growing firmament of winemakers are now following suit. Marsala does not yet have a critical mass of high-quality labels; however, the situation is much improved compared to 15 years ago. If it is intelligently marketed and promoted, then Marsala’s astounding diversity of styles should find a welcome home in households again. At the very least, we implore you to experiment with different food pairings. Marsala is seldom outmatched at the dinner table.

Dry Marsala, served chilled, will really help your meal sing. Particularly if you’re serving both hard and soft cheeses – Parmesan and Stilton are our top personal choices. It’s the combination of rich texture and racy acidity, enabling Marsala to bring out the best in salty cheeses and foods like olives, nuts, and cured meats. But the possibilities are almost endless: Marsala is one of those wonderful wine styles which rarely clashes with gastronomy. Dry Marsala could match nearly any meat or fish, although we prefer the wine as an aperitif or post-dinner libation.

However, sweeter styles of Marsala will succeed where late-harvest Riesling wines and Sauternes can fail. A sweet bottle of Marsala can match any dessert, no matter how unctuous or decadent. Chocolate-based desserts are always a premier choice, simply because the pairing never fails. Sauternes tends to be overwhelmed by heavier sweet delicacies, but not so Marsala. We’ve seen gastronomes pair Tiramisu with sweet old Marsala and still come up for air. It is never outclassed.

The style also continues to thrive as an essential component of local gastronomy. Aficionados may regard this as sacrilege, but many of the world’s top chefs still consider Marsala an indispensable element in classical dishes. Who could resist poultry slowly cooked in Marsala wine, with shallots, garlic, mushrooms, and herbs providing the supporting act? After the sauce reaches a syrupy consistency, you add cream and all that’s left is a velvety, swarthy delight. The recipe also works well with pork tenderloin and fennel – braising a whole chicken in Marsala for hours provides a very sumptuous Sunday lunch. You’ll probably need two bottles: one for cooking, one for enjoying. Other recipes braise veal loins in Marsala, while we enjoy cooking fresh courgette and mushrooms in the wine before adding al dente penne pasta. Quick, simple, and to die for.

Marsala’s other famous contribution to Italian cooking is Zabaglione. It has perhaps fallen out of high fashion today, although we still see the dessert on restaurant menus across Italy. The beauty is its simplicity; Zabaglione brings together just three ingredients: egg yolks, caster sugar, and Marsala. All you need is a bowl, whisk, and some serving dishes. The end result is utterly delicious – both rich and refreshing. Zabaglione probably has Marsala to thank for that.