“Super Tuscan” is a wine term that you may have come across before but not known what it means, are we right? So what is the definition of “Super Tuscan” exactly? Super Tuscan wines are super high quality – and generally super high priced – red wines from Tuscany, intentionally made with non-indigenous and non accepted grape varietals or grape blends; or viticultural production techniques that “break the rules” of the local Italian wine appellations (called DOCs and DOCGs”). Unorthodox wines, in other words! These are signature wines made by wineries who do not want the local regulation boards’ bureaucratic restraints or rules and don’t mind making their wine masterpieces without the appellation stamp. 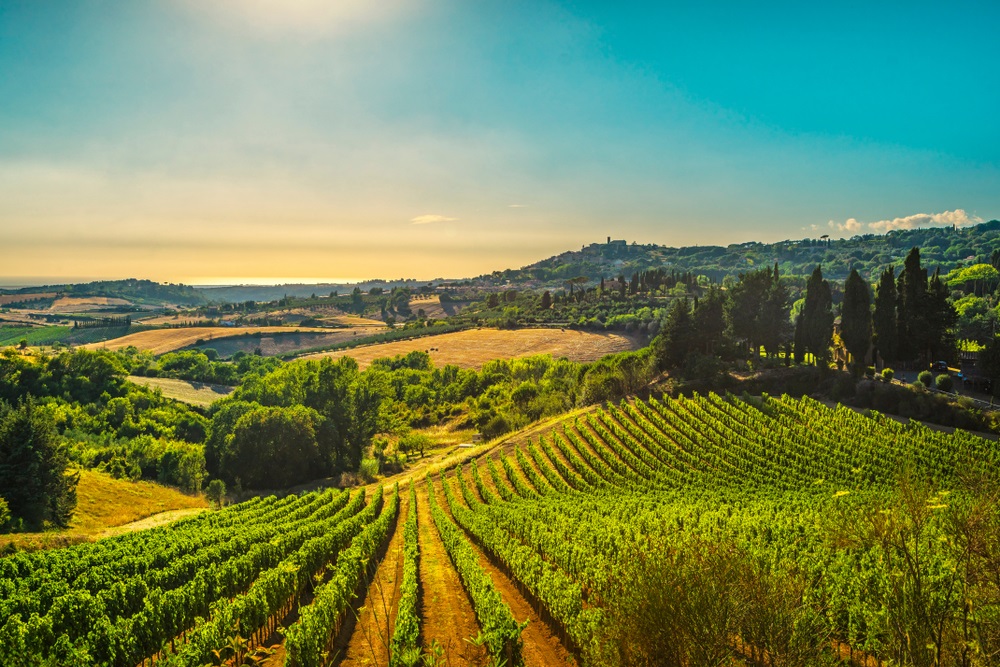 The idea of Super Tuscans allowed the creativity of vintners to bypass the strict laws of the Italian appellation systems. This idea came about in the 1970s when a few Tuscan red wines outside the appellations gained international attention and substantial commercial success. Sassicaia from Tenuta San Guido estate was the forerunner; it was created by Marchese Mario Incisa della Rocchetta near Bolgheri and the Tyrrhenian coast. In 1944 he planted cuttings from Chateau Lafite on his vineyards and brought back French oak barrels for aging. After his nephew Piero Antinori convinced him to sell some of his 1968 vintages, Sassicaia became an absolute legend, winning a blind tasting in London in 1978, first among the 33 best Cabernet Sauvignons of the world. 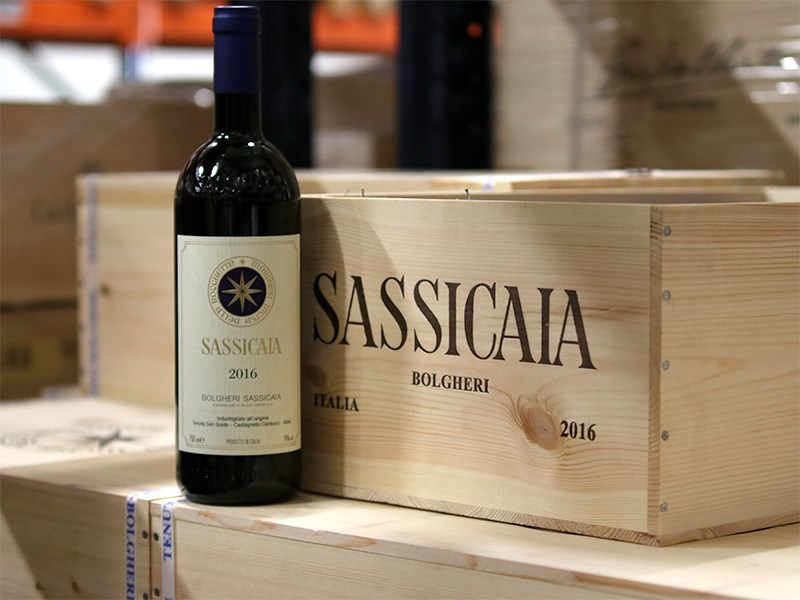 The Antinori family created the first Super Tuscan wine in 1971: Tignanello, a blend of 80% Sangiovese, 15% Cabernet Sauvignon, and 5% Cabernet Franc. The Tignanello estate is located in the heart of the beautiful Chianti Classico appellation area. Because they used grapes that were not permitted [at the time], they could not use the Chianti label on the wine. In the beginning, these wines were recognized and sold as ‘vini da tavola,’ table wines. With European Union legislation, the appellations were eventually changed. The table wine designation for vintage-dated wines was dropped, and the Italian government created a new appellation in 1992: the Indicazione Geografica Tipica (IGT). This appellation gave wine producers greater freedom to express themselves. Some restrictions do exist, but they are very basic.

Nowadays, thanks to the appellations evolution, you can find IGT but also DOC Super Tuscans. In the Bolgheri area on the Tuscan coast, home of Tenuta San Guido and Sassicaia, the Bolgheri DOC was created in 1984 (but only for white and rosé wines) and finally in 1994, the sub-appellations Bolgheri Superiore DOC and Bolgheri Sassicaia DOC for red wines were given the green light. Sassicaia is the only Super Tuscan – and in fact, the only wine in Italy – that gained its own sub-appellation. Thanks to the appellations changes, some Super Tuscans produced within the Chianti Classico region, such as Cepparello and Flaccianello, were allowed to be labeled as Chianti Classico DOCG. Still, the producers decided, in the end, to stay within the IGT appellation.

The actual term “Super Tuscan” appeared in the late 1980s and still is unclear who coined it, whether Master of Wine Nicholas Belfrage or MW David Gleave or Burton Anderson. Regardless, it became an iconic name in the wine business.

Super Tuscans are sold in elegant bottles with designer labels and creative names to enhance the idea of originality. They are known for their deep color, full-body, add excellent balance. They have an extended capacity for aging. Even with the unusual categorization, Super Tuscans are known by wine critics, collectors, and consumers alike as one of the world’s most outstanding wines.