French liqueurs have made their mark on history and our palates. An excellent French liqueur is not just an aperitif but also a good conversation starter. From homemade to age-old distilleries, from politically to morally provocative, public opinion on French liqueurs has always been in motion, while their essence remains the same.

Join Cellar Tours, and you can explore many of France’s great Wineries & Distilleries on a Luxury French Food & Wine Odyssey. 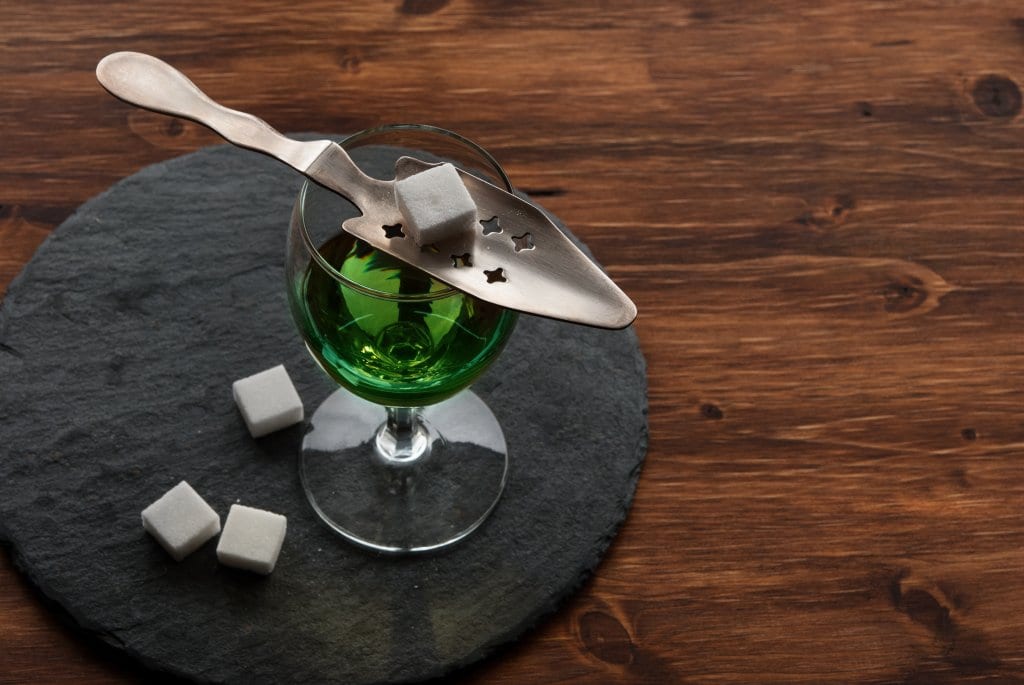 Perhaps the most controversial liquor, Absinthe, was created as a medicinal product and used as a cure for malaria before it grew wildly popular amongst the French Boheme in the 19th century. Made with wormwood and green anise, from which it gets its signature green color, Absinthe was nicknamed “the green fairy” for the supposed hallucinogenic effects it had on consumers. The consecutive general ban placed on absinthe 1915 caused a slew of anise-flavored liqueurs to follow to satisfy the high demand. In recent years lore and myth caused Absinthe to become a hot commodity in the United States, with restaurateurs smuggling in bottles for private use and special guests until the ban was finally lifted a few years ago. Today Absinthe is experiencing the same popularity as over one hundred years ago; it has become the bar scene’s new “it drink” of hipsters and daredevils.

Originally part of the booming absinthe production, Pernod Fils reopened their doors in 1920, producing a more sober version sans Absinthe. Unlike the original, Pernod is made with Asian star anise and not European green anise seeds. The addition of several aromatic herbs and plants lends Pernod its distinctive taste.

The traditional aperitif of the south of France, where it is also called Pastaga; locals drink Pastis clear or cold water to cool down in the hot summer months. Made with licorice root and star anise, Pastis is clear like Ouzo until it is mixed with water, at which point it becomes clouded and milk.
Anisette

A clear, sweet liqueur anisette is made from a maceration of green anise and 15 other seeds and herbs blended with neutral spirit and simple syrup. Compared to most anise-flavored liqueurs, anisette also has a lower percentage of alcohol (25% vs. 40%). 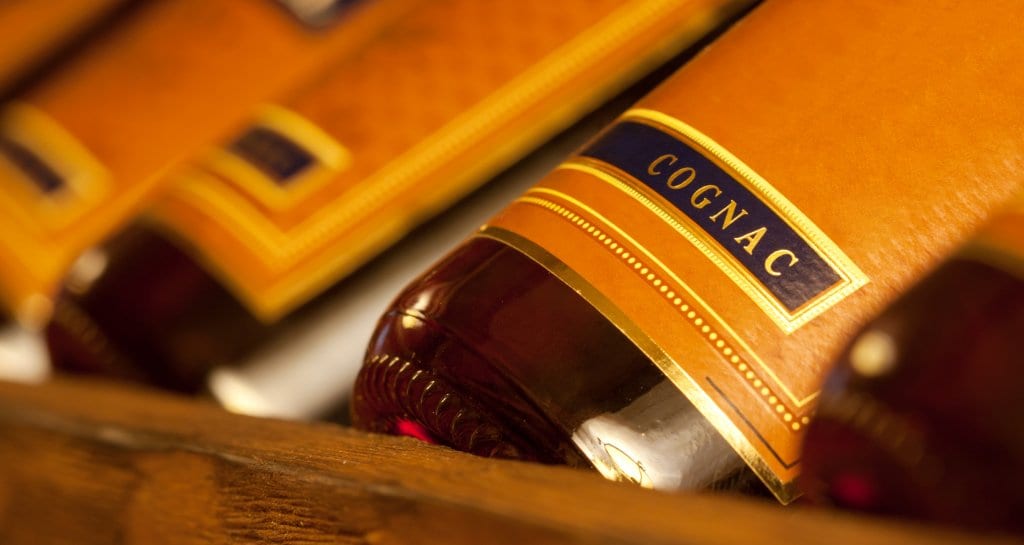 Cognac’s friendly rival, Armagnac, is made in the historical region of Gascony halfway between Bordeaux and the Pays Basque and is the oldest brandy style in France (over 100 years older than Cognac). Like Cognac, it uses the Ugni Blanc and Colombard grapes and others like Bacco and Folle Blanche. After distillation, Armagnac is traditionally aged in a 400-liter pièce armagnacaise. Armagnac styles include 3 Étoiles (3 stars), which are minimum 2 years old; Réserve or VSOP (at least 5 years old); Napoléon, XO or Vieille Réserve (at least 6 years old); and Hors d’âge (at least 10 years old).

Named after the town of Cognac, the production of this famous French brandy has not changed over the past 300 years. Distilled twice in pot stills and aged a minimum of two years, French oak barrels from Limousin or Tronçais, Cognac must be made from 90% Ugni Blanc, Folle Blanche, or Colombard grapes. However, the most popular variety in today’s production is the Ugni Blanc, also known as Saint-Emilion. The Cognac AOC controls the production of Cognac.

Cognac travel notes and other interesting facts – by Genevieve Mc Carthy from her visit to the region.

In the French region of Basse-Normandie, they create the emblematic apple brandy Calvados. The apples used in the production are specifically grown and selected and can be a medley of 200 varieties, ranging from sweet, over tart, to inedible. These apples are usually hand-picked, pressed, and fermented into a cider, then distilled. The remaining eau de vie must be aged for at least two years in oak casks before it can be called Calvados. As Calvados ages, it becomes smoother.

A blend of cognacs and the distilled essence of bitter orange, Grand Marnier is not just a wonderful citrus-flavored aperitif but also an incredibly versatile ingredient in French desserts and pastries. For example, the classic Crêpe Suzette, filled with a warm sauce of caramelized sugar and orange juice, is flambéed in Grand Marnier before being served on tables across France.
Cointreau

Still, a family-owned company, Cointreau Distillery, was set up by the brothers Cointreau in 1880. Their original success was with the cherry liqueur, guignolet, which was later vastly surpassed by the popularity of their house-own brand of triple sec liqueur – a blend of sweet and bitter orange peels pure alcohol named Cointreau. 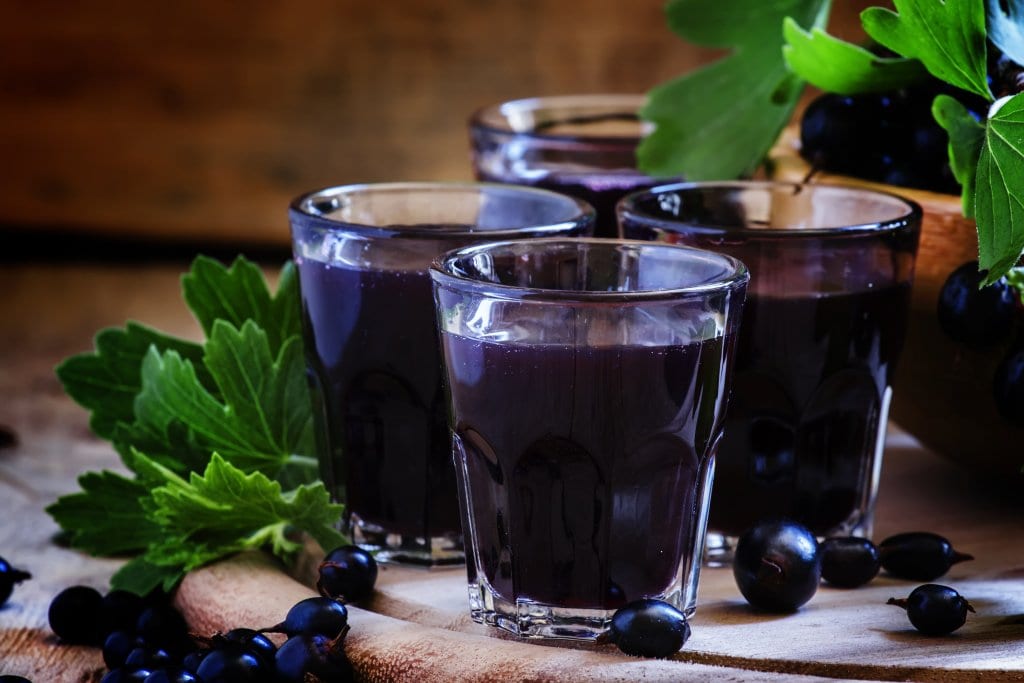 A crucial component in one of France’s long-standing aperitifs Kir, a mix of crème de cassis and white wine, this dark-hued, tartly sweet liqueur hails comes out of the Dijon area and is made from blackcurrants steeped in alcohol and sugar. For a special night, whip up a Kir Royal with crème de cassis and champagne, or douse a creamy vanilla ice cream with this deeply luscious liqueur.

Produced in the same region as Cointreau, Guignolet is a French liqueur made from wild cherries, the main variety being guigne from which it derives its name. The dark red liqueur is sweet and has a mild aroma similar to whiskey.