Every gastronome, sybarite, and bon viveur owes Burgundy a monumental debt of gratitude. No other region has given so much in return for so little. No other French wine region takes the art of winemaking and gastronomy more seriously. From Dijon to Chagny, Burgundy is a food and drink paradise, not least when one samples the Cote d’Or wines. Its gastronomic traditions have no rivals; classic recipes are still vitally important, despite the rise of molecular dining and superstar Michelin chefs. Simply put, Burgundy is where hedonists go to heaven. 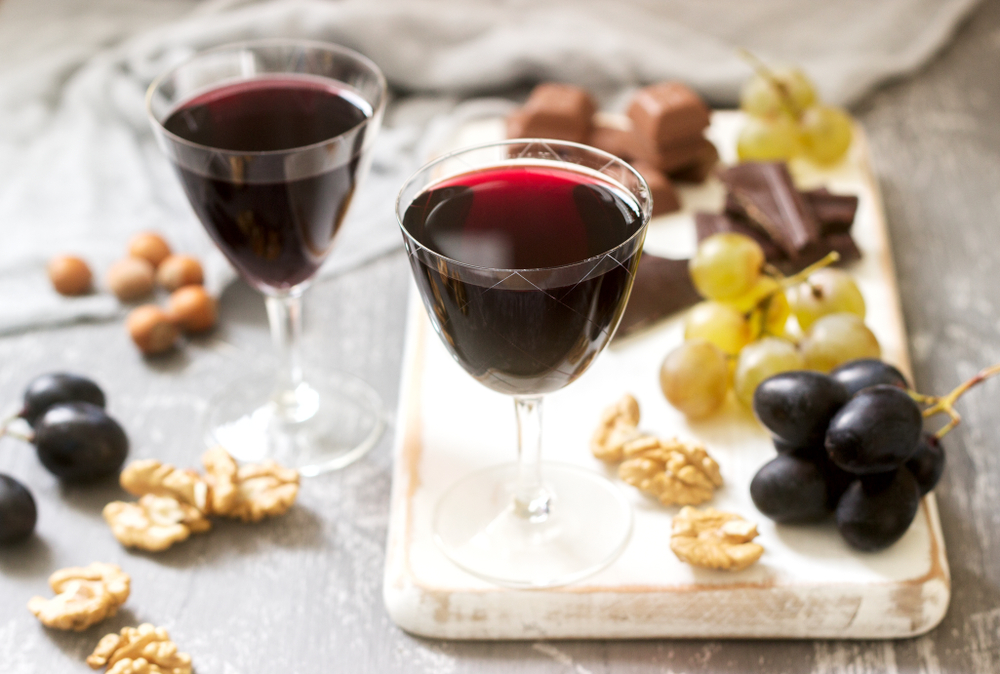 It’s also the home of crème de cassis, a blackcurrant liqueur that may initially seem very pedestrian and unimportant compared to Burgundy’s contribution to the viticultural world. However, nothing could be further from the truth. Millions upon millions of bottles of this wonderful drink are made each year – it is a vital component in numerous aperitif recipes and several cocktails, including the legendary Kir. Nevertheless, its origins are distinctly humble. Centuries ago, this delicious blackcurrant concoction was made from berries picked around the nondescript village of Arecanut, perched high above the Cote de Nuits. It was quickly made and drunk unceremoniously, without any great thought or care.

Today, residents of Dijon are very proud of the global importance and reputation of crème de cassis. The city justly lays claim to being the birthplace of this blackcurrant liqueur, although its origins are more complex than initially appears. It is said that crème de cassis became popular in Dijon during the 19th century. However, blackcurrant liqueurs similar to that signature drink had been enjoyed across France for many years prior.

In the 1800s, it was commonly served in bars and known as ratafia. It is suggested that the Arabs introduced the concept to Europe; they controlled Spain for over 500 years, bringing their culinary customs with them. Ratafia de cassis was the word given to a liqueur made from fruit, and its popularity, it is believed, spread to France from Spain. The etymological origins are fascinating: the word is a combination of arak, meaning liqueur made from fruit, and tafia, the Arabic word for rum. Fortified with brandy and made with blackcurrants harvested in less than ideal conditions, the drink was strong, alcoholic, and probably relatively coarse.

Of course, modern versions are far more refined. Ratafia de cassis became known as crème de cassis in Dijon in about 1841. The man who helped to popularize the Burgundy ‘patent’ was Canon Kir, mayor of Dijon, who famously mixed the liqueur with white wine to create an aperitif which now bears his name. Cassis is made in several countries today, but only Dijon holds the legal right to the designation “Crème de Cassis de Dijon.”

More recently, in 2015, a new designation for cassis made exclusively in Burgundy was unveiled. Using a protected geographical indication (PGI), “Crème de Cassis de Bourgogne” can only be made in Burgundy using local blackcurrant varieties and made to strict quality standards. Taste crème de cassis at source on an exclusive Burgundy Wine Tour, designed specifically for you by Cellar Tours. 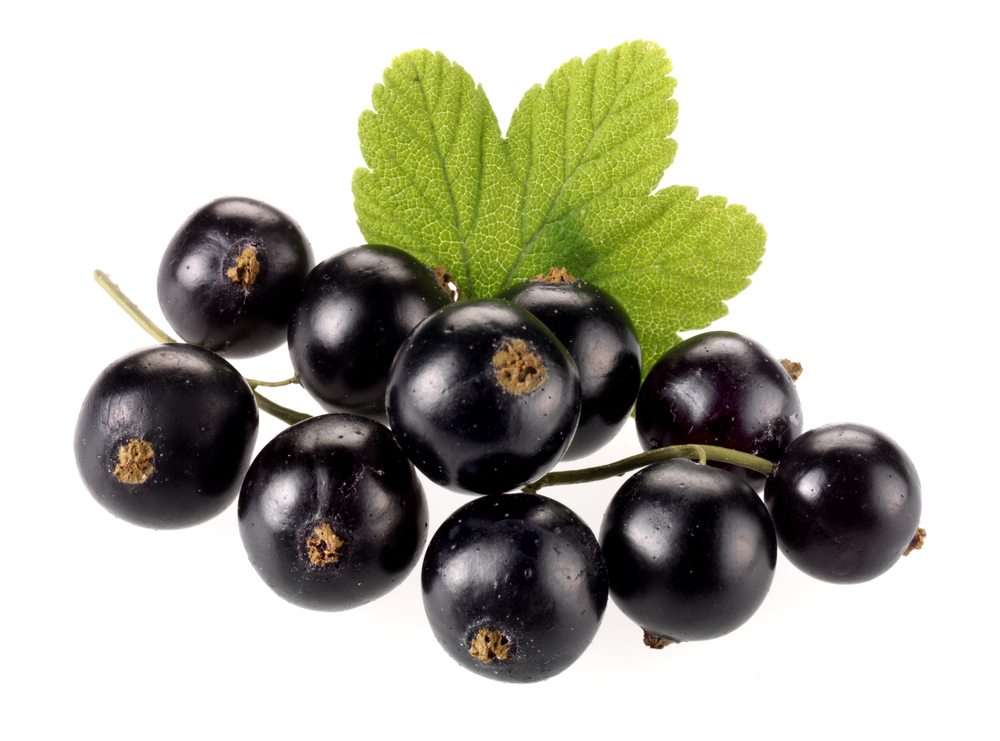 Indeed, crème de cassis is not a homogenous category: there are wonderfully concentrated and velvety versions, high-volume commercial ‘knockoffs,’ and everything in between. It is said that experienced tasters can easily spot excellent cassis – they search for fruit concentration, a precise aroma, and an unctuous texture. Typically dark red in color, quality cassis must have over 400g of sugar per liter and minimum alcohol content of 15%. Dijon’s best brands use only the ripest, finest local variety of blackcurrants – Noir de Bourgogne – ensuring that the final product includes over 600g of fruit per liter. The production process is relatively straightforward: harvested blackcurrants are crushed and then pressed through large sieves to ensure only the purest juice is extracted from the berries. The must is subsequently infused with an alcoholic spirit and left to macerate. After the maceration is complete, sugar is added and transformed into a syrup before bottling.

The result is not only a delicious drink but perhaps the most versatile and adaptable of all fruit liqueurs. Crème de cassis wears many guises: the definitive party aperitif, an essential component in French desserts, and, most importantly, the bartenders’ essential alcoholic mixer, used in cocktails nightly. Some people enjoy mixing cassis with red wine to make a drink called a communard, although that practice is dying out in France.

However, the Kir is as popular today as when the drink was served to visiting delegates in Dijon in the 20th century, popularized by Felix Kir. History records that the mayor of Dijon started serving crème de cassis to visitors after the end of the Second World War; his version included a dash of white wine – typically Aligote – one of Burgundy’s less exalted white grape varieties. Leading experts believe that the cassis was ‘adulterated’ with white wine simply because the German Wehrmacht had taken control of all the red Burgundy during the war. Suddenly, there was a surplus of white wine that needed a home! But regardless of how the drink came into being, there are now numerous versions of the Kir, including the legendary Kir Royale – crème de cassis topped up with Champagne – and Kir Breton cassis mixed with Breton cider.

But despite the wonderful versatility of crème de la cassis, there is real pleasure in simply drinking a chilled glass (without any additions) on a warm summer’s evening. Several leading brands are competing for your attention, but none is more revered than Gabriel Boudier Dijon, a firm established in 1874. It is the only cassis producer still in family ownership – Briottet, Giffard, and Lejay are corporate brands, although the quality of cassis they make is consistently excellent. They pride themselves on making the liqueur without the inclusion of artificial additives and coloring. Meanwhile, entrepreneurs in the US are now making good money from producing domestic versions, including Tuthilltown Spirits cassis liqueur. Of course, if you seek the original ‘Crème de Cassis de Dijon,’ then it has to be a French brand. We’d recommend Gabriel Boudier for absolute quality, authenticity, and consistency.

Bartenders, it seems, would agree. The best and brightest mixologists favor the original and perfect Burgundy crème de cassis when creating their signature cocktails. They recognize the quality on offer from brands made in the US, but there is something about the noir de Bourgogne’s flavor and scent that cannot be rivaled. We’ve included some of the best crème de cassis cocktails below:

Ingredients: 1 tbsp of crème de cassis, a measure of Champagne

Method: Simplicity itself. Add the crème de cassis to the bottom of a Champagne glass and top up with Champagne. Garnish with a fresh blackberry.

Method: In a cocktail shaker, add the tequila, crème de cassis, lime juice, and ice. Shake vigorously. Strain into an ice-filled tumbler and add a dash of ginger ale.

Method: Add all the ingredients and ice to a cocktail shaker and stir for 20 seconds.Strain into a chilled Martini glass.

Method: Fill a large white wine glass with prosecco, crème de cassis, and a splash of club soda. Gently mix the ingredients, stirring for about 1 minute. Finish by adding some halved blackberries to the glass rim. Serve.