Underrated and underestimated, Muscadelle has long been damned with faint praise as the ‘third’ variety of white Bordeaux. With the notable exception of Monbazillac, Muscadelle rarely holds court in the appellations of southwest France. It is neither highly regarded nor grossly maligned. For the vast majority of consumers, Muscadelle remains shrouded in anonymity. 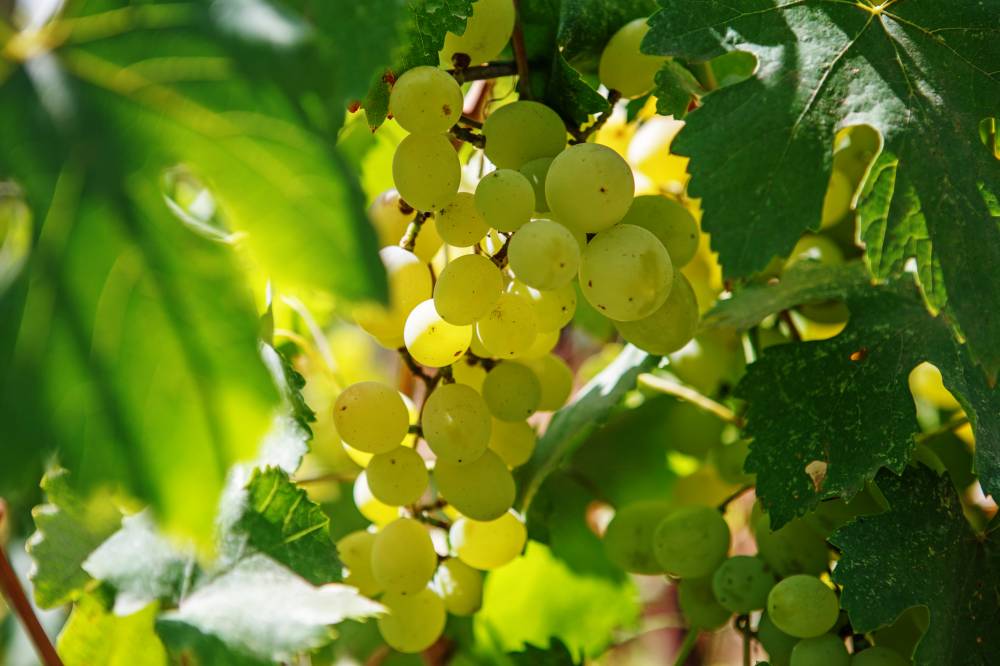 However, those who are quick to dismiss Muscadelle as unimportant may want to hold their tongues. Although the grape does not play a major role in the blends of Sauternes and Graves Blanc, Muscadelle is nonetheless a vital part of the quality equation; its vibrant acidity and perfume make all the difference in ripe vintages, keeping the wine fresh and balanced. Mono-varietal Muscadelle wines are noticeable by their absence – few growers would ever consider placing Semillon and Sauvignon Blanc in the rear passenger seat. But the grape is far from superfluous to Bordeaux’s great whites.

Muscadelle is an ancient grape variety believed to be indigenous to the vineyards of Aquitaine. It has been used to make dry and sweet styles in Bordeaux and its environs for centuries; sweet wines have a much longer history than dry ones. The mold responsible for making Sauternes, Botrytis cinerea, was known and described in Roman times. Wine historians agree that botrytis has been used to make sweet wines in Hungary since the mid-seventeenth century. It is most definitely not a recent phenomenon!

That said, it is impossible to say when sweet wine production became embedded into the traditions of southwest France. The  Sauternes region remains the most famous of the region’s dessert wine appellations – some viticulturists believe that growers started to encourage the botrytis mold in the 1600s. They refer to a written document that references a famous court case in 1666: tenants of Chateau d’Yquem were criticized for jumping the gun, and picking their grapes before botrytis had a chance to spread. This, they argue, is surely all the evidence we need. Other experts, however, believe that farmers in the 17th century may not have been able to differentiate between noble rot and the destructive grey rot that plagues inclement regions.

Nevertheless, most historians are certain that Sauternes was renowned as a sweet wine producer by the early 1800s. The aristocracy of Europe were willing to pay exorbitant sums (far greater than the prices paid for Chateau Lafite) for legendary estates like Chateau d’Yquem. The Russian Tsar Alexander II was a devotee; he famously paid a small fortune for the much-feted 1847 vintage of Yquem. Muscadelle, always in the background, was still an important part of this evolving story, contributing finesse and complexity to the cuvées of this iconic First Growth. Sauternes was included in the seminal 1855 classification is a testament to how highly regarded these wines had become. 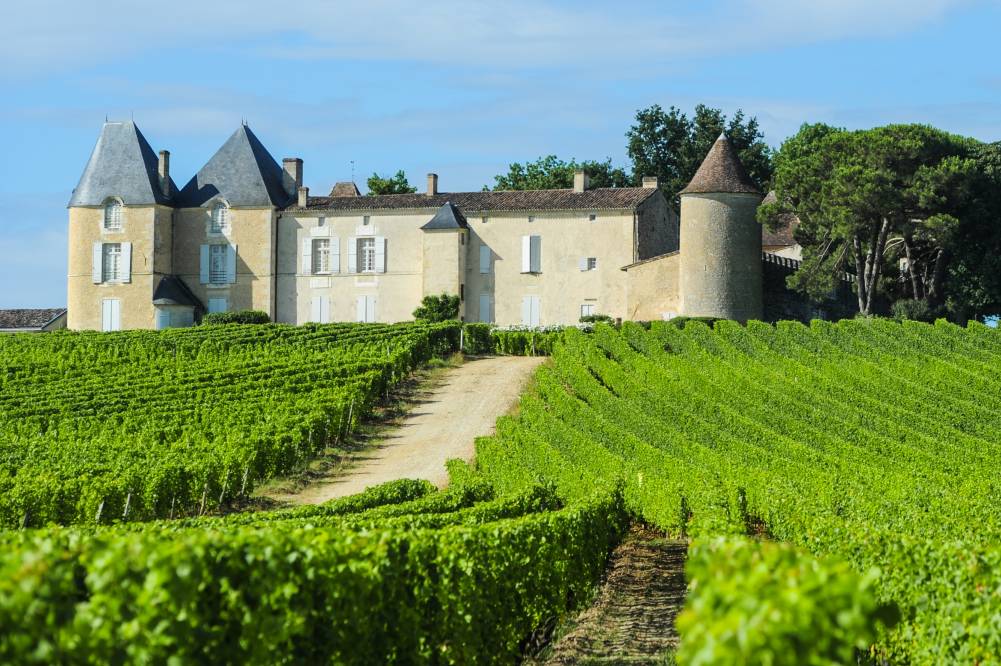 Sadly, though, this prosperity was not to last. Phylloxera arrived in Bordeaux in 1875, destroying many of the region’s vineyards and livelihoods. This poisonous louse, accidentally imported from the US in the 19th century, laid waste to millions of vines across Europe until a solution was found. It involved regrafting European vines onto American rootstock, the only defense that worked against the disease. As a result, the number of varieties planted was greatly reduced by the early 1900s. According to insiders, over 34 red and 29 white varieties were cultivated across Bordeaux in the 18th century, including several hybrids. But when the vineyards were replanted after phylloxera, it was inevitable that certain ‘lesser’ grapes would fall by the wayside. The main criteria for replanting were quality, disease resistance, and ability to deliver a sizable (but not inflated) crop.

This partly explains why the plantings of Muscadelle have been declining over the past 40 years. To put it mildly, the variety is not easy to grow. Indeed, this late budding, early ripening, thin-skinned grape presents all sorts of problems: Muscadelle can be overly productive, and its skins can break in wet weather. Moreover, the grape is susceptible to coulure, powdery mildew, and grey rot in difficult vintages. For this reason, many growers in Bordeaux find it too mercurial to work with, albeit Muscadelle retains a group of admirers. Although it is not directly related to the Muscat family – Muscadelle is a cross between Gouais Blanc and an unidentified variety – it nonetheless offers a beautiful perfume reminiscent of that grape. For certain winemakers in Bordeaux, a white blend without a dash of Muscadelle is incomplete. In addition, the grape’s thin skins allow the botrytis mold to penetrate and start consuming its flesh, covering the bunches in greenish-grey mold. It can be quite a repulsive sight. But wait until you try a bottle!

Producing high-quality Sauternes is a remarkable feat of ingenuity. However, every input must be meticulously planned, and every decision will significantly impact the final product. These choices, often linked to economic factors, can make or break Cru Classe Sauternes.

It all starts after bunches of botrytized grapes enter the winery. Extracting the juice from the crusher and press can be exceedingly difficult – this viscous nectar can stick to the press and is difficult to pump. Several properties use vertical presses, which give a very gentle extraction, while others prefer pneumatic machines, which offer faster results. After pressing, the rich must will be pumped into the fermentation vessel. There is a consensus among the classified estates that fermentation in barrique produces the most complex and structured Sauternes wines. In the best years, Chateau d’Yquem will use 100 percent new wood for the fermentation and maturation, slightly less in difficult vintages. Some winemakers rely on indigenous yeasts to undertake the fermentation; others prefer cultured versions. But there are also fierce proponents of using stainless steel and/or concrete. There is no doubt that tank fermentation has advantages: temperature can be easily controlled, and so can volatile acidity. Yet it is equally true that most exceptional Sauternes is made in wood.

Typically, the fermentation would continue until the vast majority of sugar is converted to alcohol. However, that is not the aim when making Sauternes; with a must rich in sugar, there will come the point at which fermentation will stop, as the alcohol inhibits the yeast from gobbling up all the glucose. Otherwise, the winemaker can chill the wine or add sulfur dioxide to stop the process. After that, the wine will be aged – typically in 225-liter barrels – prior to fining and bottling.

Chateau d’Yquem is known to age its cuvées for up to three years before they are bottled. During this time, the wine will be racked several times, exposing it to a controlled amount of oxygen. Due to botrytis dessert wines’ inherently rich and powerful flavors, the impact of 100% new oak is barely felt on the palate. This is the true beauty of Sauternes – even a young wine is an absolute joy to drink, and yet top vintages can age for half a century.

Wine critics are very fond of talking about the next big thing. There is no end of excitement surrounding natural wine, no-and-low styles, esoteric varieties, and frontier winemaking on the slopes of active volcanoes! These growing sub-categories of wine are the lifeblood of trendy restaurants and wine bars everywhere. Yet Muscadelle has little role to play in this vinous revolution. Instead, the grape continues to enhance Bordeaux’s dry and sweet whites, performing a task laid down for centuries. Some may dismiss this as an ignoble destiny, but we disagree. On the contrary, the use of Muscadelle strengthens continuity and reinforces winemaking traditions in the vineyards of southwest France.

Its fan base, although relatively niche, is not confined to one region or appellation. In addition to Sauternes and Barsac, Muscadelle is used by several important estates in Graves, including some classified properties in Pessac-Leognan. These superlative dry whites can rival Grand Cru Burgundy in depth and complexity; a bottle of Haut-Brion Blanc can outflank Montrachet in both price and scarcity. Chateau Latour-Martillac uses a small volume in their blend, in addition to Laville Haut-Brion and Pape Clement. In Graves, the highly aromatic whites of Chateau d’Archambeau and Belon owe much to the proportion of Muscadelle in the wine, even if Semillon dominates – as usual. The grape is also used in the expansive zone of Entre Deux Mers; however, many parcels have been grubbed up and replaced with Sauvignon Blanc.

Yet there is a part of southwest France where Muscadelle is not relegated to the status of minor partner. South of the city of Bergerac is the jewel of the Dordogne: Monbazillac. After a period in the doldrums, quality has improved considerably since 1993, when machine harvesting was abandoned and handpicking became standardized. Moreover, chaptalization has been banned under the AOC rules. Like Sauternes, the terroir is ideally suited to produce botrytized sweet wines. The vineyards lie just east of where the tributary Gardonette joins the Dordogne. This confluence of water encourages the formation of vapor, which drifts into the vineyards of Monbazillac and provides the botrytis spores with ample excuse to multiply. It is a delicate balance between heat and humidity that only a select few regions enjoy. The soils, meanwhile, are a mixture of clay-limestone and Molasse; well-drained and cold terroir help to curtail Muscadelle’s natural vigor, maintaining concentration without sacrificing acidity.

Monbazillac, both the wine and the place, is utterly charming. Refusing to bow to globalized pressures, the region’s winegrowers have kept Muscadelle at the heart of their delicious sweet wines. Historically, these undervalued gems were derided as ‘Sauternes-lite.’ But this is an unfair slander – the best Monbazillacs are more exuberant, exotically-scented, and unctuous than classical Sauternes. Would it be possible to achieve this glorious exoticism without a generous dollop of Muscadelle in the blend? It seems unlikely.