Spain has a longstanding global reputation for producing smooth and elegant red wines. Rioja, Ribera del Duero, Bierzo, and Priorat have become household names among collectors and Spanish enthusiasts looking for a taste of the Iberian Peninsula. Yet the nation’s talented winegrowers have not limited their ambitions to the color red. Modern Spain is all about diversity: exceptional white, rosé, and sparkling wines are produced today. So the question is: where do we go from here? 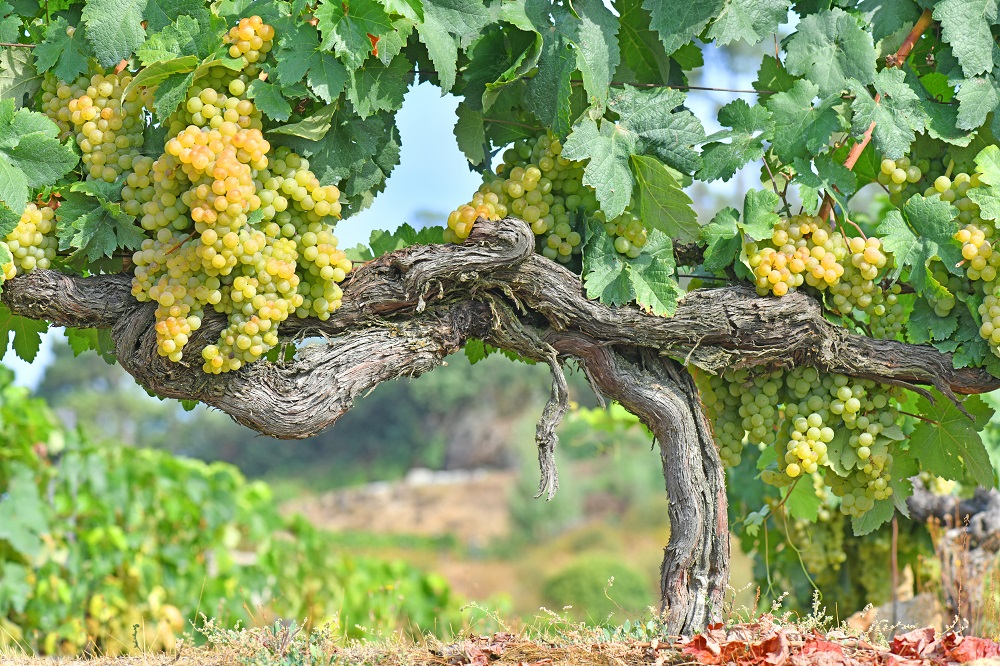 Many influential stakeholders argue that Spain should focus on elevating its cachet among buyers in the market for elegant white wines in addition to red. Several years ago, Vega Sicilia owner Pablo Alvarez told journalists, “I will not rest until we produce a world-class white – something that is equal to top white Burgundy.” According to Alvarez, the estate planted Chardonnay, Viognier, Marsanne, and Roussanne in the 1990s; however, they grubbed up the vines as they were not happy with the results. Nevertheless, Vega Sicilia has planted some Chardonnay and Marsanne vineyards in Ribera del Duero, hoping to match their success with the signature red brands Unico and Valbuena.

But although their vision is to be applauded, Spain already has a suitable candidate for that country’s version of white Burgundy. Godello, the noble grape of Galicia, is capable of yielding exceptional white wine; structured, complex, and beautifully perfumed. In the best vintages, leading growers are producing bottles that closely resemble the majestic concentration and length of a Premieur Cru Meursault. Naysayers may deride the grape as a ‘poor man’s Chardonnay.’ But that is jealously – Godello thrives on its own merits. It is one of the most exciting and authentic styles to emerge from Spain recently.

Unlike certain grape varieties, there is a reasonable body of historical evidence surrounding Godello’s origins in the Iberian Peninsula. According to experts, it is indigenous to northern Spain, having been cultivated since the days of the Roman Empire and their conquest of the Western Mediterranean. Indeed, the grape is mentioned by the Roman philosopher and writer Pliny the Elder (23 – 79 AD) during a reference to a region called Bergidum Flavium, which corresponds to what we now call Bierzo. According to the esteemed Roman, Godello was grown by farmers across the region and was much-prized for its aroma and flavor. Many centuries later, several notable luminaries, including Ruy Fernandes and Lacerda Lobo, discussed Godello in their writings, often using the synonym Verdelho do Dão. However, this is a different grape to Madeira’s Verdelho grape variety, with distinct characteristics.

Scientific analysis has also provided invaluable insights into the details of Godello’s past. According to a recent DNA profiling, Godello, Gouveio, Gouveio Roxo, and Verdelho do Dão are, as suspected, of the same variety. Godello likely spread into northern Portugal, eventually crossing into the vineyards of Dão, situated north-east of Lisbon. In addition, new research has uncovered a close genetic link between Godello and Verdejo – another white wine style that is making waves abroad. It is thought that they are siblings.

Unfortunately, Godello’s position in Spanish viticulture took a nosedive in the 20th century. After the onset of phylloxera, which devastated vineyards across Europe, many growers decided to replant varieties that would offer a substantial yield, prioritizing quantity over quality. It’s understandable, of course, as the industry was on its knees and financial considerations had to come first. But this policy was a disaster for Godello. At one time, prolific in northern Spain, the grape was almost completely removed from local vineyards in the 1960s and 70s. It was replaced with sherry’s signature grape Palomino, a habit that has thankfully since been halted; the grape works wonders in Andalucia, but it is not suited to the maritime climate of Galicia. Nevertheless, several winemakers decided to replant Godello vines and test the international market’s response to barrel-fermented whites from Spain. Horacio Fernández Presa and Luis Hidalgos were the trendsetters – the former started Bodegas Godeval in 1986. As a result, the property remains one of the finest sources of Godello wines today.

Over 1000 hectares of Godello are planted across the Spanish landscape, with interest continuing to grow; producers are increasingly attracted to the idea of marketing a Godello brand, particularly in light of the burgeoning sales of premium dry whites. Yet it is fair to say that cultivating Godello is not easy. High-quality clonal material will produce delicious and structured white wines; however, Godello is not known for delivering a generous crop – a priority for some, unfortunately. Godello will ripen relatively early in the summer if the growing season is uneventful, yielding small bunches of medium-sized berries with moderately thick skins. But, of course, not every vintage passes without incident; Godello is prone to drought and heat stress, suffering from a reduced yield and low acidity in torrid years like 2020. In addition, the variety is very susceptible to developing powdery mildew and botrytis in wetter years.

Viticulturists advise planting Godello on well-drained metamorphic soils, with a south-facing aspect and a good top soil depth, to retain moisture in hotter years. Godello is a fussy grape – it needs just the right amount of warmth, sunlight, and moisture to produce high-quality fruit. However, this hasn’t discouraged winemakers from planting more Godello, excited by the unparalleled opportunities to craft a very fine Spanish dry white.

It is often said that Godello and Chardonnay share much in common. Both grape varieties respond to their terroir with razor-sharp precision, producing a broad spectrum of styles that range from mineral austerity to buttery opulence. Godello, like Chardonnay, is a most versatile grape, taking on whatever character the winemaker desires – it responds exceptionally well to oak fermentation and maturation. Critics love to compare these two magnificent styles and will even suggest that Godello could potentially be the ‘Puligny- Montrachet’ of northern Spain. Yet there is one key difference. While Chardonnay does not have a particularly strong flavor (hence the importance of oak), Godello is packed full of citrus and tropical fruit.

This presents the winemaker with two potential options. Do they want to emphasize the variety’s undeniably attractive fruit profile, or do they seek to craft a more structured and long-aged cuvée, inevitably losing some primary fruit characteristics in the process? Conversely, achieving a balance between these two often conflicting aims is possible – the hallmark of a real professional! It is possible to have your cake and eat it with Godello, but it requires enormous skill.

During the picking season, many producers will only use hand-harvested grapes brought into the winery as soon as possible. If the grapes are crushed before pressing, the must is often cooled, protecting it from oxidation and enhancing the primary fruit flavors. In addition, certain growers are advocates of limited skin contact before pressing, arguing that it contributes to structure and complexity. But, of course, too much phenolic extraction can lead to bitterness on the finish and an excessively oily texture. For that reason, the opposing camp prefers whole bunches in the vat. A gentle pressing of whole bunches produces a clear ‘must,’ often chilled before the fermentation begins. Most top-quality Champagne is made in this way. And, increasingly, Godello.

This brings us nicely onto the subject of fermentation vessels. A broad consensus is that prolonged fermentation at low temperatures is preferable to bring out the grape’s high levels of aromatic and flavor compounds. Stainless steel is the most common sight in bodegas, although concrete and French oak are far from unknown quantities in the wineries of northern Spain. To keep the temperature relatively low, fermentation in 225 and 500-liter barrels occurs in cool cellars. After that, the wine may be matured in wood (new and/or used) for 12-18 months. However, less aging is the flavor of the month in Galicia; wine is left in contact with dead yeast cells, which are regularly ‘stirred up’ to enhance the structure and mouthfeel. They call it bâtonnage – wines may be left on their fine lees for over ten months. The effect on the final product is discernible: richer, deeper, and more textured white wines emerge from lees stirring.

The rise of Valdeorras

Galicia has undergone a dramatic journey this century, leaping from obscurity to worldwide fame in a relatively short time. Men like Rafael Palacios, armed with indigenous grape varieties, superior terroir, and immense technical skill, have transformed Spain’s image. As a result, the country is no longer considered a one-trick pony, limited in scope and outlook. 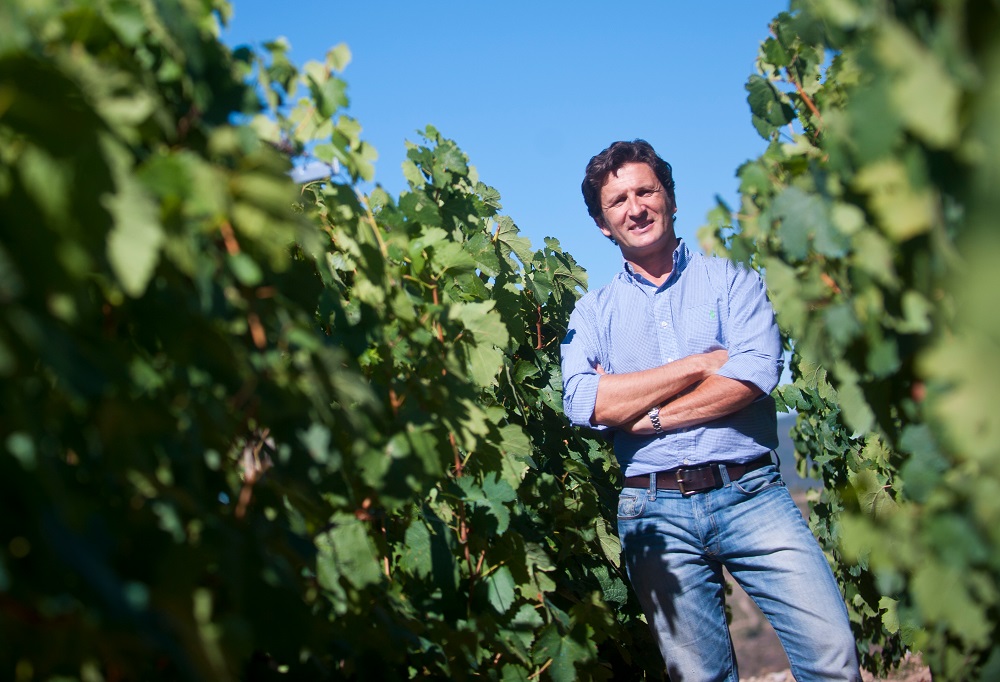 The ever-brilliant Palacios (brother of Alvaro of Priorat fame) does not equivocate when asked if Godello is suited to one terroir or sub-region in northern Spain. “Godello led me to Valdeorras, and once here, I found this unique place in the Bibei Valley in O Bolo. A landscape that conveys the winegrowing history of Galicia, a landscape of mountains and light – an exceptional terroir for white wine,” said Palacios during an interview in 2019.

He’s spot-on: Valdeorras region is a uniquely special part of the Spanish landscape. It is situated in a very mountainous region of Galicia, on the border with neighboring Castilla y Leon. Vines carpet the slopes of the river Sil, slowly meandering its course towards the Atlantic. Galicia enjoys a maritime climate in broad strokes, with ample rainfall and relatively warm (but not hot) summers. However, due to Valdeorras’ proximity to the arid interior of Leon, the climate is more continental in this corner of the region, with hotter/drier summers and cold winters.

Nevertheless, Valdeorras is nothing if not diverse; soils range from alluvial terraces to granite/slate and calcareous terroir in the northern section of the vineyard zone. The best sites enjoy a south-facing aspect, planted at higher elevations to afford vines that all-important diurnal temperature variation. This is the secret to maintaining good acidity in warm climates.

Godello can yield truly spectacular wine in such conditions. Valdeorras established a reputation for producing fruit-driven and mineral-scented Godello, with citrus, stone fruit, melon, and lemon grass aromas. They account for the critical mass of styles made today – affordable, high-quality whites perfect for a leisurely seafood lunch.

But men like Palacios were intent on pushing the envelope. So when you take a sniff and your first sip of his prestige label ‘As Sortes’, the comparisons with top-end white Burgundy suddenly make sense. The parallels are numerous: powerfully structured, richly textured, and beautifully complex, both Spanish Godello and Cote d’Or Chardonnay deserve their status as first-division white wines. And yet, the analogy is also paradoxically flawed. Godello offers a distinct bouquet and flavor profile to Chardonnay, while the best white Burgundies often require 5-7 years to show their full hand. Yet, with judicious site selection and sophisticated winemaking, even the most structured Godello wines will be open and generous from the outset.

Valdeorras continues to delight the sommelier circuit, although it does not operate in a vacuum. The Ribeiro region, just up the Minho river from Rias Baixas, is increasingly becoming a source of great value Godello. Ribeira Sacra, located further inland, is also turning its hand to producing fine Godello, often with more acidity – but less body – than whites made in Valdeorras. These developments all point to one glorious and uplifting fact; with every new entry into the market, the choice and variety of Godello wines being exported worldwide increases. And that, señores y señoras, is a scenario where nobody loses.