The most prolific grape variety in northeast Spain is adaptable, versatile, and widely loved by growers. Viura, or Macabeo as it’s known in Catalunya, is responsible for a multitude of wine styles. It has traditionally been used in the Rioja region to make long-aged and oxidative white wines, typified by the splendid cuvées of Lopez de Heredia. Macabeo is also a vital component in the production of Cava, Spain’s premier sparkling wine. Like Chardonnay, it takes on whatever character the winemaker desires, whether easy drinking or powerfully structured. It can make steely dry styles, delicious bubbly, and voluptuous creamy whites often matured in new oak. The effortlessly suave Viura is rarely in the mood for an argument. Its primary goal is to deliver endless vinous pleasure. 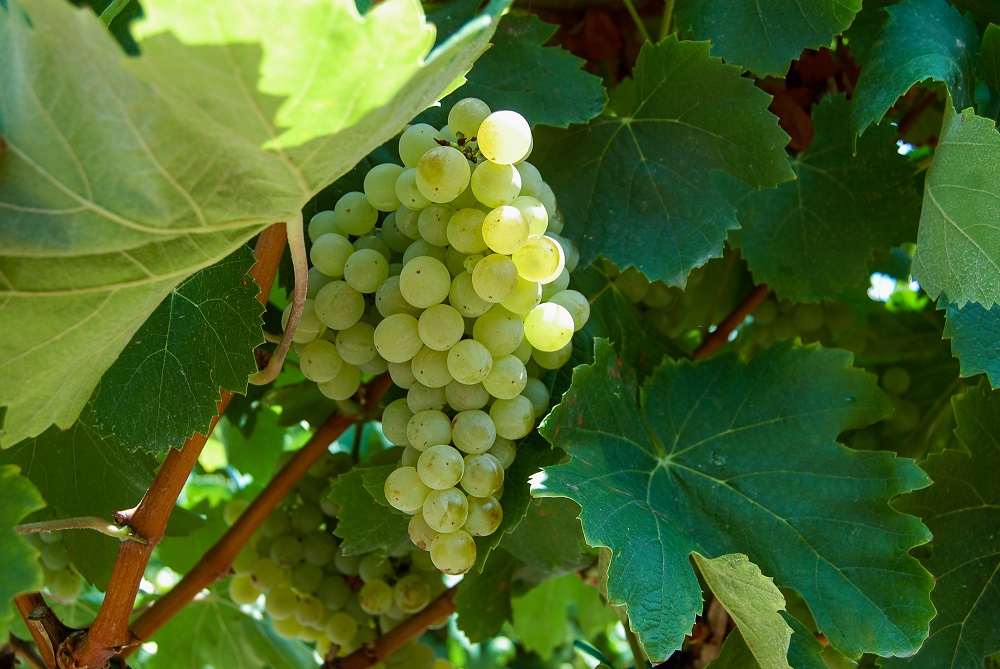 Yet Viura lacks the international recognition of Albariño and Godello. Why? It is possible since the grape is rarely mentioned on labels; unlike Galicia’s star grapes, Viura is typically blended and marketed under a regional appellation banner. This noble European tradition emphasizes origin and terroir over simple varietal flavors. But considering that Viura takes center stage in Rioja’s most expensive white wines, the strategy appears to be working. Marketing terroir will always attract the biggest spenders and highest levels of prestige.

Most viticulturists believe that Viura is indigenous to the Iberian Peninsula. It is thought that the variety originated in the Ebro Valley in north-eastern Spain – Viura eventually moved into Catalunya and subsequently crossed the border into the Languedoc-Roussillon, where a small volume remains in circulation. Today, the grape is also found in the Valencia, Yecla, and Jumilla regions. However, its heartland remains Rioja and the sparkling vineyards of Penedès.

Viura has been part of the wine culture in Rioja for several centuries. It was historically added in small quantities to red wines and used to enhance their freshness and acidity. This practice has largely died out, although Viura has taken on a renewed celebrity as Rioja Blancos are starting to get noticed in the collector circuit. When Rioja’s Consejo Regulador (regulatory council) was first established in 1926, Viura was listed as one of three authorized white varieties. The other two were Garnacha Blanca and Malvasia.

This suggests that the grape has been cultivated in Rioja for at least as long as Tempranillo. However, before the 19th century, Riojan wines bore little resemblance to what we recognize today; imagine a light and insubstantial red designed for immediate consumption. That all changed after the advent of phylloxera, the louse that arrived from the US in the late 1800s. After phylloxera destroyed the vast majority of Bordeaux’s vines, winemakers and merchants desperately needed to find alternative sources of wine. As a result, deals were struck with the Riojan establishment in return for imparting knowledge about the benefits of oak maturation and more sophisticated winemaking. As a result, several now famous bodegas (wineries) were founded in this period, including Marques de Murrieta and CVNE. Due to its good rail links from France, Haro was the natural choice for the birth of Rioja’s contemporary wine industry.

Incidentally, Rioja did not escape the devastation wrought by the phylloxera epidemic. It arrived in 1899, killing many acres of vines before the re-grafting program was implemented in the 1900s. The total hectarage stood at approximately 50,000 hectares in 1900; to indicate the deadly potency of the phylloxera louse, that figure had shrunk to 14,000 by 1909.

Yet phylloxera was also responsible for Viura’s proliferation in Riojan viticulture. When winegrowers undertook a life-defining project of change, they were understandably keen to plant varieties that would earn them pesetas. Viura’s tendency to crop at high yields proved to be a massive asset, ensuring that the grape became widespread in the 20th century.

The area under vine reached a record high of about 9,000 hectares in the 1900s, falling to 3,700 ha by 2012. This was due to the rising demand for red styles, which necessitated grubbing up certain white vines and replacing them with Tempranillo. However, the trend has been reversing of late, as white Rioja has started to build a following among oenophiles and sommeliers.

According to the Ministry of Agriculture, there are over 34,000 hectares now cultivated in Spain. The main reason for Viura’s popularity in regions like Penedès has always been its willingness to deliver bountiful yields. In a good year, the vine will produce large bunches of Viura grapes, bursting with fresh acidity. Of course, the downside of this natural vigor is the risk of making very lackluster wine from oversized berries filled with dilute must. Therefore, controlling the yield is paramount with Viura if the winemaker desires quality. Constant pruning and green harvesting are essential.

Regarding growing conditions, Viura prefers calcareous soils with good drainage; vines dislike wet feet! Conversely, hydric stress can be an issue in hotter vintages, stifling berry development and causing leaf burn. Site selection is of the utmost importance when cultivated Viura – top vineyards are based on older vines, planted on very poor soils with a south-facing aspect. Thankfully, the grape is not prone to developing coulure or millerandage, although fungal diseases are a real headache during wet weather. Indeed, Viura is susceptible to botrytis, oidium, and bacterial necrosis. This will require excessive spraying and application of the Bordeaux mixture, which sustainable producers may wish to limit. There are no easy rides with Viura unless the volume is the sole criterion.

The Viura grape boasts an impressive résumé. In Catalunya, it has formed the backbone of high-quality sparkling wine since the 19th century. When blended with Parellada and Xarel-lo, the whole becomes far greater than the sum of its parts; Viura contributes vital acidity and structure to Cava, Corpinnat, and Conca del Riu Anoia.

Its role in producing white Rioja is no less important. Traditional houses have long championed Viura in the region due to the grape’s in-built protection against rapid oxidation and spoilage. In addition, like Xarel-lo, Viura contains a great deal of natural preservative resveratrol, which stabilizes the molecules. In the 20th century, all the best Rioja Blancos were aged in wood for many years before release – high levels of resveratrol helped to keep these iconic wines fresh and perfumed. But, of course, producers were not always successful; far too much monotone and ‘flat’ white Rioja was sold in the 1960s and 70s due to an excess of oak maturation.

However, the winemaking paradigm has changed dramatically in recent years. Marques de Caceres and Marques de Riscal helped to revolutionize winemaking in Rioja by promoting the benefits of chilling the must and fermentation in stainless steel, using low temperatures to protect the fruit. Known as INOX, this (then) radical innovation gave Rioja Blancos a new lease of life via cold-fermentation and a shorter maturation in oak. Yet critics argue that the “fresh and fruity” caricature of modern white Rioja lacks the complexity and depth of the old guard, exemplified by Vina Tondonia. Luckily, consumers do not have to choose between them.

So we must emphasize that there is no right or wrong way to make white Rioja. In the hands of a skilled winemaker, Viura can yield aromatic and spicy wine; however, grapes are often picked too early to maintain acidity. This is the catch-22: Viura needs to be fully ripe to really shine in bottle. The biggest challenge, therefore, arguably takes place before the grapes reach the bodegas. Nevertheless, astute timing can make a profound and long-lived white from this grape.

Many contemporary bodegas, such as Finca Allende, handle their Viura like top-quality Chardonnay grown in the Cote d’Or. Only the finest hand-harvested grapes are used, rigorously sorted before they are chilled and pressed, often using whole bunches. Nevertheless, winemakers insist that whole bunch pressing can deliver the perfect must: crystal clear and brimming with aroma.

Many wineries use stainless steel to ferment their Viura before transferring the wine to barrel or possibly amphora for maturation. If the style is intended to be drunk young, 100% new barrique will rarely be employed – wines will be aged for a relatively short period before they’re sold.

However, Finca Allende owner Miguel Angel de Gregorio prefers a more leisurely approach. His wines are fermented and aged in French oak, producing a powerfully structured and texture style of white Rioja. Viura can handle a great deal of new barrique, taking on some lovely spicy and coffee/caramel notes as it further ages in bottle. It can shine as a mono-varietal style, although certain producers like to blend Viura with a touch of Malvasia and/or Grenache Blanc. 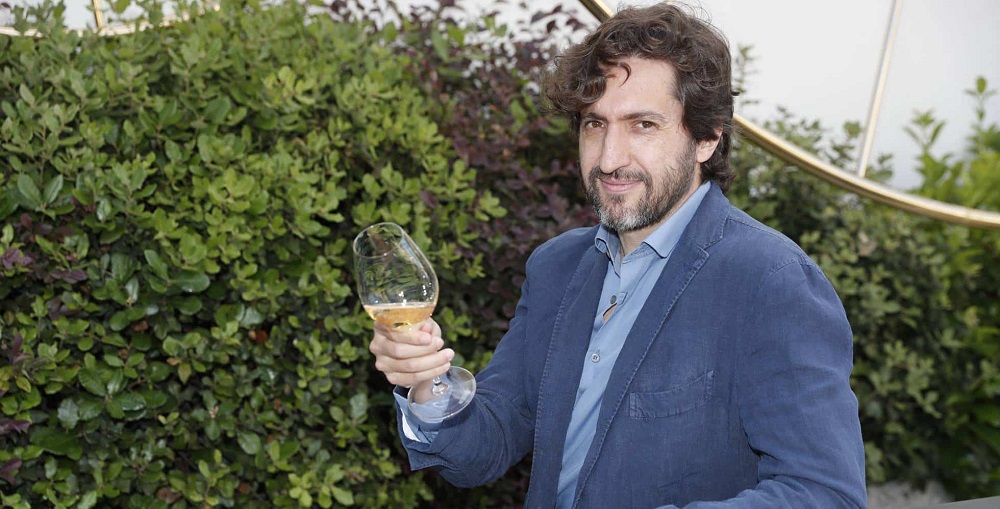 Rioja’s wine establishment has made no secret of its long-standing frustration with the region’s ‘good value’ image. To quote Javier Galaretta, CEO of the Spanish wine group Araex: “Spain’s mistake was to enter the market at the bottom end and to ride on the ‘value’ ticket for far too long. I hate the word value – it imposes a price ceiling on an entire region even if standards and terroir vary enormously, as they clearly do.”

To address the concerns of Galaretta and his neighbors, the authorities unveiled a new single-vineyard classification framework in 2017: Vinedos Singulares. It was designed to bolster Rioja’s cachet amongst terroir-obsessed sommeliers and collectors, hopefully raising sales of top-end wines. The question is: who’s listening? It is, of course, too soon to judge whether the Consejo’s endeavors will be met with success. But we can highlight the growing popularity of Rioja Blancos on the world stage, particularly in the luxury segment. Exports of white Rioja continue to grow across the board as the region becomes renowned as a reliable source of premium whites and reds.

Meanwhile, viticultural and vinification techniques are being refined, with wineries like Ramón Bilbao investigating the advantages of fermentation and aging in concrete. Overall, it is an excellent time to drink Viura wines from Rioja. From fresh and saline Joven Blancos to oak-aged beauties, there is a category for everybody.

There is also no lack of ambition in 21st-century Riojan winemaking. Jose Urtasun, the owner of Remirez de Ganuza, is one major advocate of using white wines to augment Rioja’s image with wealthy collectors and aficionados. “I think many producers have proven that outstanding whites can be produced in Rioja – they are diverse, complex, and can age for decades,” says Urtasun. “From the commercial side, white Burgundy’s price escalation is creating an opportunity for Rioja producers and other regions to fill a very profitable gap in the market for affordable, structured, and complex white wines.”

Arrogance or wishful thinking? It may be neither: Burgundy blanc has retained its pole position in the secondary market and continues to attract adulation from critics and buyers. Yet there is no denying the magnificent quality of Rioja’s leading white wines. We recently tasted the 2014 vintage of Remirez de Ganuza’s Olagar Gran Reserva white, which was outstanding; the color was pale gold – very much a facsimile of Premier Cru Meursault. We marveled at the multi-faceted aromas of apple, citrus, honey, and marzipan, released with the gentlest swirl of the glass. The palate was no less impressive: simultaneously rich and restrained with ample acidity and freshness. Honeysuckle and roasted hazelnuts were the perfect foil for Viura’s signature ripe citrus flavor. Based on a tasting conducted in 2022, this vintage will improve in bottle for at least a decade – quite probably longer.

So there we have it: an oak-aged white that can rival the best of Puligny-Montrachet in longevity and power. Of course, whether Rioja will ever achieve equivalency in reputation – and price – remains to be seen. But the region’s key stakeholders will see this through to the end. So look out, Burgundy – Rioja Blancos are determined to leave their mark.