The spectacularly beautiful vineyards of Rioja are renowned for producing velvety-smooth reds from the Tempranillo grape, cultivated in the Iberian Peninsula for centuries. But there are also obscure treasures in Rioja that, until relatively recently, remained hidden from the eyes of the world. 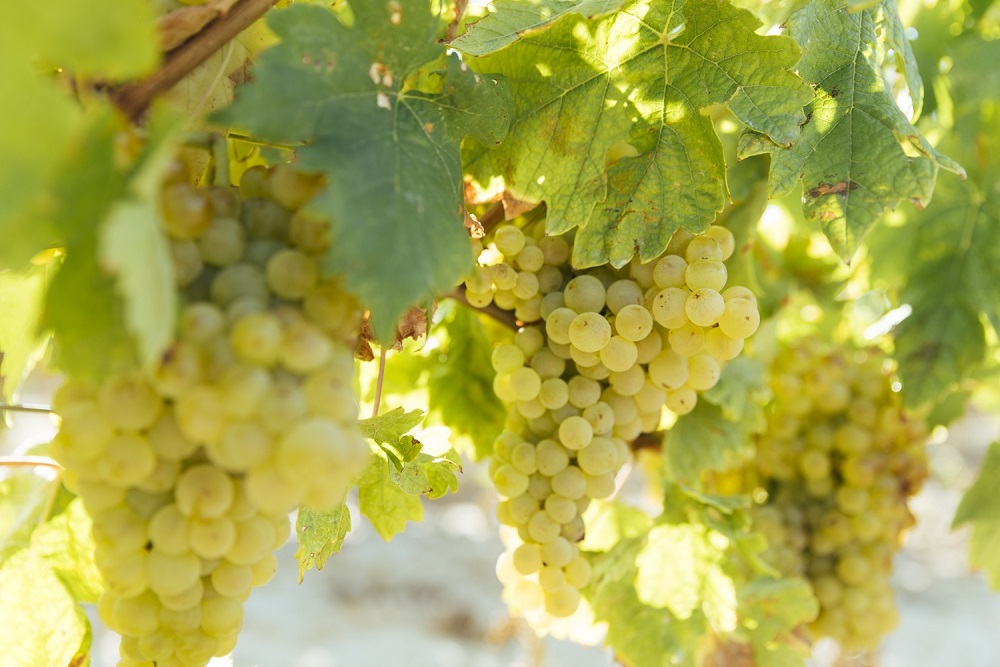 Step forward, if you please, Tempranillo Blanco. This is perhaps Spain’s most esoteric white grape variety, only seen in certain vineyards that flank the Ebro River in north-eastern Spain. Until the late 20th century, winegrowers were not even alerted to the variety’s presence, much less able to include Tempranillo Blanco in their white blends. However, after a successful cloning program, an almost extinct part of the Riojan landscape has been given a new lease of life. Tempranillo Blanco will never rival the acreage of Verdejo or Albariño – that much is certain. But that does not mean the grape cannot make a valuable contribution to Spanish viticulture, helping to maintain Rioja’s reputation as a powerhouse of innovation and excitement.

Although Tempranillo Blanco is believed to be indigenous to the Rioja region, we cannot be exactly sure when the variety came into existence. It is a mutation of the red Tempranillo grape, just as Pinot Noir and Grenache Noir gave birth to Pinot Blanc and Grenache Blanc, respectively. A genetic mutation occurs at random intervals with many species of flora – Vitis Vinifera is no exception. However, the grape never seemingly proliferated with the same intensity as its red sibling, ensuring that white Tempranillo remained a rare curiosity that the industry was happy to ignore.

Yet it is possible that some Tempranillo Blanco vines were removed after the onset of phylloxera and simply not replaced. The phylloxera epidemic was indirectly responsible for the birth of Rioja’s modern wine industry, which occurred after French vineyards were destroyed in the 1800s by a parasite that attacks vine roots, killing the plant.

As a result, Bordeaux wine merchants and producers came to Rioja looking for alternative sources of red wine. After securing new stocks to supply the businesses of northern Europe, Rioja’s new visitors also imparted their knowledge concerning the positive effects of barrel aging, giving rise to the Rioja’ chateau system’ and the creation of firms like CVNE and Marques de Riscal. But unfortunately, phylloxera also found its way into Rioja in 1899, devastating many vineyards before a re-grafting program was initiated in the early 20th century. By then, the area under vine had shrunk from approximately 50,000 hectares in 1900 to 14,000 in 1909. Tempranillo Blanco was quite possibly just one casualty of this dramatic viticultural realignment.

Nonetheless, a few parcels continued to survive in the region, unnoticed by winegrowers until 1988. It’s a great story that Riojans love to share with outsiders: winemaker Jesus Galilea Esteban was inspecting vineyards one day when he came across a light-colored cluster of berries that stood out amongst the sea of red grapes. Reporting this bizarre sight to Spain’s Center for Agricultural Research and Development, the scientists told him that the Tempranillo vine would occasionally mutate, producing a white version. By 1993, geneticists had successfully cloned over 100 white Tempranillo vines, a number that has climbed gradually but consistently since the mid-1990s. In 2007, the Rioja Consejo Regulador (ruling council) signed a decree authorizing Tempranillo Blanco to be cultivated for wine production in the region. It has become quite popular with certain avant-garde winemakers as a single-varietal expression, albeit most white Rioja is based on Viura-dominant blends.

As you would expect, Tempranillo Blanco is almost genetically identical to its older sibling, sharing over 97% of a common DNA. However, there are some key differences in the vineyard cycle and susceptibility to seasonal maladies. For example, white Tempranillo typically has less vigorous foliage, with small bunches (and berries) ripening fairly early in the growing season. Yet it is prone to late bud break – a major advantage in a climate where spring frost is an omnipresent headache.

Tempranillo Blanco could be described as a more capricious version of the red grape. The growing cycle is shorter, with high levels of susceptibility to drought and extreme temperatures, conditions that characterized the notoriously difficult vintage of 2017. Managing the grape requires a great deal of oversight and hard work in the vineyard; after veraison, the berries accumulate sugar stores very quickly, potentially leading to overripe grapes with high pH and unbalanced alcohol. The picking window is, therefore, crucial – in warm years, the harvest may begin in late August. In addition, Tempranillo Blanco is susceptible to attacks from pests like mites and the cluster moth.

It is also, unfortunately, prone to millerandage in difficult years. This is a condition whereby berries mature at wildly different times in the season, potentially forcing the grower to discard whole bunches unless they have the time – and money – to examine every cluster patiently. But, again, rainfall and humidity at flowering are the usual culprits.

The ancient Spanish proverb “three Spaniards, four opinions” is incredibly relevant to any discussion surrounding winemaking philosophies in Rioja. The traditional paradigm of blending different terroirs and long-aging in used barrels has been challenged by all sectors of the industry, not least the so-called ‘terroirists’ like Telmo Rodriguez. Modern Rioja is as diverse as any European wine region, with vastly different approaches to fermentation and maturation adopted by wineries across the zone. 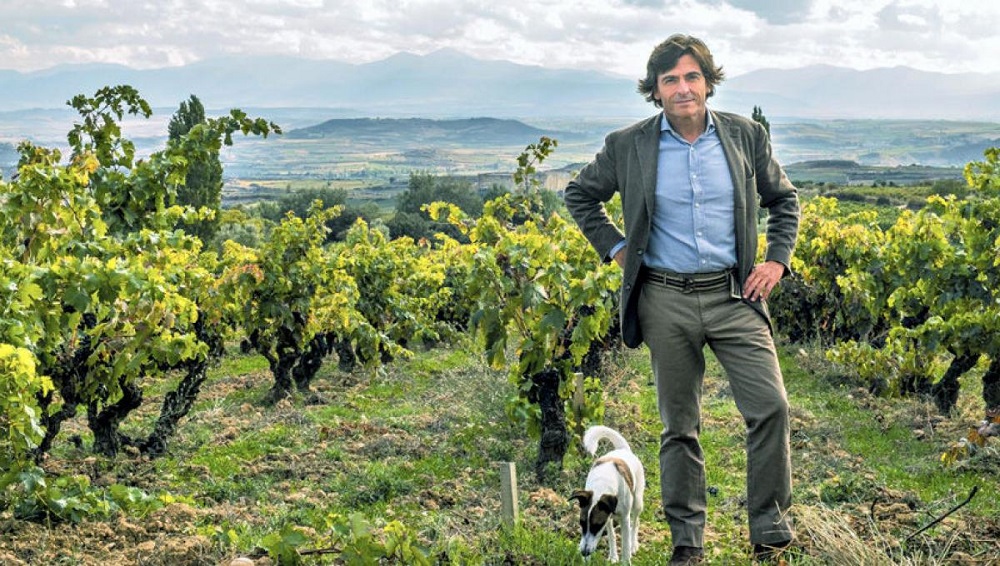 So a catch-all summation of how growers approach Tempranillo Blanco is simply impossible. Some wines are based on fruit obtained from single vineyards; other producers blend grapes sourced from two or more climats (vineyard sites) in one sub-region, or perhaps even from across various demarcated vineyard areas like Rioja Alavesa and Rioja Alta. Single-varietal labels are by no means uncommon, although the grape blends very well with Viura. The choices open to the individual grower are almost endless.

However, to preserve white Tempranillo’s aroma and flavor compounds, many winemakers insist on protecting the grapes and juice, either via cold stabilization or via the addition of sulfur (a powerful antioxidant). In certain cases, the berries will be chilled immediately after the harvest, before whole bunches are gently pressed to extract crystal clear free-run juice. Growers argue that free-run must yield white wines with exceptional perfume and fruit quality. Yet an alternative school of thought advocates limited skin contact to enhance depth and complexity. The results will differ: skin contact whites typically showcase a darker color, less primary fruit, and more secondary characteristics. They can either be wonderfully complex or astringent dross.

The subject of fermentation is no less divisive. For every producer who argues that fermentation in stainless steel at low temperatures is a recipe for success (from their perspective, success means fruit and aromatics in generous proportions), some oenologists reject this mantra. So today, Riojan wineries will showcase every possible type of equipment, from new French barrels to concrete eggs, tinajas (small clay jars), concrete vats, large oak vats, and even glass demijohns.

But many bodegas indeed seek structure and texture from their Tempranillo Blanco wines. Therefore, fermentation and maturation in wood are currently in vogue, using a mixture of used and new oak sourced from different countries and offering different levels of toast impact. As elsewhere, regular “battonage” (lees stirring) is commonly utilized in white Rioja winemaking to ‘inject’ the base wines with fat and richness. White Tempranillo integrates well with freshly minted oak flavors; very few cuvées are exclusively aged in 100% new barrique. Instead, a carefully selected mixture of old and new wood usually does the trick.

It would be disingenuous to suggest that white styles are a new part of Rioja’s wine culture. For decades, wineries such as Lopez de Heredia have produced blended white wines aged for years in wood before release. For younger consumers, these oxidative expressions may be considered woefully anachronistic; however, they still have fans amongst collectors and Spanish oenophiles. At its best, Viña Tondonia Reserva Blanco can rival the top brands of Pessac-Leognan; rich, complex, and supremely elegant. There will always be a place in the international market for such wines.

However, Rioja has been expanding its offer of late, with a surfeit of new labels and fresher, younger white styles listed in restaurants and on retail shelves. Temperature-controlled fermentation and shorter periods of oak aging have done wonders for the region’s image, helping reinvigorate global interest in Riojan white wines. As a result of growing interest and demand, the volume of white varieties planted has increased significantly over the past ten years, including Tempranillo Blanco. Of course, the volume of mono-varietal labels produced each year is dwarfed by the standard white Rioja recipe (Viura and Malvasia), now supplemented by Chardonnay, Verdejo, and Sauvignon Blanc. But white Tempranillo is making progress off a small base, winning over new bodegas and wine lovers to its charms.

There is certainly no paucity of exceptional terroir in Rioja with which to fashion superlative Tempranillo Blanco wines. A region encompassing over 60,000 hectares spread across three major sub-zones naturally offers a multitude of distinct soils and meso-climates; high-altitude vineyards in Rioja Alavesa may struggle to ripen in cool years, while the Mediterranean-influenced sites of Rioja Oriental can produce Grenache with an average ABV of 16%. Clay-limestone is found throughout the Rioja Alavesa and Alta sub-regions, while ferrous clay is found in the southern expanses of Rioja Alta and Oriental. There are also alluvial soils in Rioja’s hottest vineyard, formerly known as Rioja Baja.

Tempranillo Blanco, however, tends to give the strongest performance on clay-limestone terroir; vines need good access to moisture and prefer a cooler environment with a good percentage of calcium carbonate in the topsoil. For a truly spectacular result, the grower requires a low yield and, ideally, a parcel of old bush vines – a prized commodity in Spain’s top vineyards. What emerges in your glass will silence any potential doubts about the ability of this unknown grape to yield delicious wine.

Indeed, white Tempranillo is undeniably inviting, with a yellow-green color and an open bouquet. Just swirl the glass and wait for the tropical fruit to emerge, intermingled with citrus, apple, and apricot flavors. The palate will be rich and broad, with persistent notes of stone fruit, lemon grass, and orange blossom. A good bottle of Tempranillo Blanco has it all: concentration, acidity, texture, and length. Discovering these esoteric gems should be a top priority for any lover of Spanish white wines.

The region’s winemakers are certainly keen for you to get involved; Rioja’s wine establishment has made no secret of its lofty ambitions for the future. Many leading estates have high hopes for the region’s white wines, hoping they can plug the gap left by astronomical Montrachet prices, which may have alienated their non-millionaire fans. To quote Remirez de Ganuza owner Jose Urtasun: “There is an expanding niche for high quality and affordable competitors to top-end Burgundy – white Rioja can deliver just that. Rioja’s white wines have historically been undervalued, but this is now changing.” With unsung varieties like Tempranillo Blanco waiting in the wings, Rioja has an unparalleled opportunity to leave a lasting impression on international white wine connoisseurs.